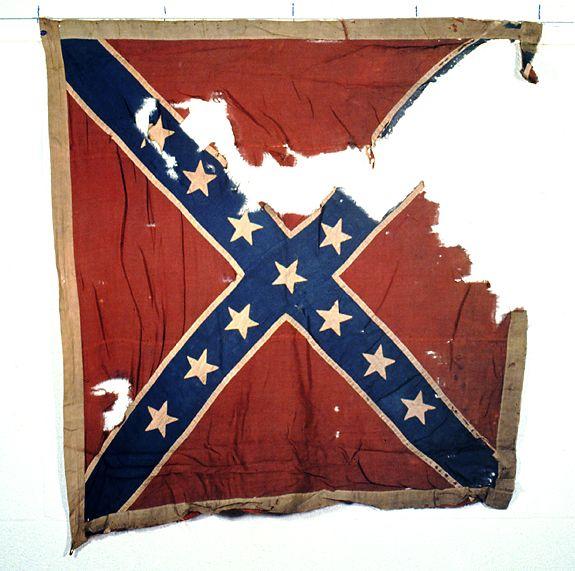 William John Clarke, soldier, state official, and poet, was born in Raleigh, the only child of Ann Maria Robadeau and William F. Clarke. After his wife's death in 1822 the elder Clarke married Catherine B. Halander and they were the parents of a son, Charles, killed in 1861 in the Civil War, and two daughters. William John was graduated with honors from The University of North Carolina in 1841, was one of the organizing members of an alumni society in 1843, and received the M.A. degree in 1844. He also read law. On 9 Apr. 1847 he was commissioned captain, Company I which he raised in the Twelfth U.S. Infantry, and served in Mexico during the war with Mexico. At the Battle of the National Bridge he was severely wounded and was promoted to major for his gallantry in battle. His unit was disbanded 25 July 1848. At La Flurche, La., on 6 Apr. 1848, he married Mary Bayard Devereux of Raleigh who was living on a sugar plantation for the benefit of her health. The wedding was performed by her uncle, the Right Reverend Leonidas Polk, Episcopal bishop of Louisiana. They became the parents of two sons and a daughter.

Clarke began the practice of law in Raleigh and in 1849 was a candidate for a seat in Congress from the Sixth District. In a printed circular he described himself as a Democrat who favored strict construction of the Constitution and who believed that Congress could not pass laws restricting or prohibiting slavery. His opponent, John R. J. Daniel, the incumbent who was also a Democrat, was reelected. From 1850 until 1855 Clarke was state comptroller but was not a candidate for reelection in 1854. With his family, he moved to San Antonio, Tex., in 1857 because of the health of his wife. There he became president of the San Antonio and Mexican Gulf Railroad. At the beginning of the Civil War, Clarke was made a captain in the regular Confederate Army; but when he returned to North Carolina, he was commissioned colonel of the Fourteenth North Carolina Regiment (later redesignated the Twenty-fourth) and served in that rank throughout the war. At one time he commanded the brigade of which his regiment was a part, and he was highly recommended for promotion to brigadier general. His own commanding officer, M. W. Ransom, recommended him as did many others, and a petitition to this effect bearing many names was submitted to President Jefferson Davis. The appointment was never made, however, and Clarke is said to have been bitterly disappointed. On 15 May 1864, during the battle below Drewry's Bluff in Virginia, Col. Clarke's shoulder was shattered by a shell fragment and he never returned to his regiment. He was sent home to recuperate but on his way back to Virginia was ambushed, captured, and confined by the enemy in the prison at Fort Delaware, Del., from January to July 1865.

For a time after the war the Clarke family lived at Boon Hill (now Princeton) in Johnston County and he managed his interests in a lumber mill, in the Selma Iron Works, and in a mine near Greensboro. He was often in New Bern on business, occasionally for long periods of time, and after a few years moved there. In the fall of 1868 he became a trustee of New Bern Academy, and in 1869 became principal as well, serving until 1870. His wife and son were also teachers during the term 1869–70.

In his new home Clark declared himself to be a Republican and began at once to support candidates of that party for public office. In 1868 he campaigned for U.S. Grant and Schuyler Colfax as candidates for president and vice president and made speeches for Republican candidates generally.

During this period of great political unrest and Ku Klux Klan activity, Governor William W. Holden actively supported and tried to strengthen the Republican party in the state. He was also concerned about his own personal safety and wanted protection. On 7 June 1870 Clarke and others attended a meeting in the office of the governor where plans were made to organize a force of two regiments to arrest various persons in the state. Clarke was tapped to command one of the regiments and he was sent to Washington to "secure an outfit for the force." On 18 June Clarke wrote Holden that President Grant had honored the request. By 19 July Clarke was in Raleigh with two companies of black troops from Wilmington and encamped in the city. Initially he had overall command of Holden's military force but later it was transferred to Colonel George W. Kirk of Jonesboro, Tenn., and the Kirk-Holden War followed.

Clarke was elected to the state senate from Craven County but resigned without having taken his seat on 22 Sept. 1870, a few days before Governor Holden appointed him judge of the superior court to fill a vacancy caused by a resignation. Clarke later said that he did not seek this appointment which apparently came because of a friendship formed thirty years previously when he and Holden had studied law together under Henry Watkins Miller of Raleigh. The Republican convention in 1874 declined to support Clarke for reelection and instead nominated a carpetbagger. Clarke campaigned as an independent urging North Carolina-born Republicans to support him and to take control of the new party from "a clique of Northern men, who assume to lead the party, and who have been guilty of acts, which, if persisted in, will be of the most ruinous tendency to the party." Clarke, nevertheless, was defeated and his opponent held the position for eight years until he resigned in 1882.

Clarke's efforts to mold a native Republican party continued and in Raleigh on 24 Dec. 1879 he began publication of a weekly newspaper, The Signal, to support that party's candidates. Mrs. Clarke contributed material of interest to women as well as some of her own poetry. The paper was remarkably unbiased and the editor frequently explained that he had no personal animosity toward Democrats. Clarke's last issue was dated 7 July 1880 and after a lapse of a little more than two weeks publication was resumed under the sponsorship of the Republican State Committee of North Carolina, Clarke's name no longer appearing in the masthead. Apparently forsaking politics, he afterward devoted himself to the practice of law with his son in New Bern.

Clarke's literary talent was reflected in his contributions to The Signal but had made an earlier appearance in a lengthy poem written in 1840 while he was a student at The University of North Carolina. In 1846 this poem was printed in Raleigh by W. W. Holden as an eight-page pamphlet. Entitled The Harp of the South, A Poem. By A Soph of the University of North Carolina, it lamented the "paucity of poetic productions in the South" and was a plea for a Southern literary renaissance. Four of his poems were included in the two-volume anthology, Wood-Notes; or, Carolina Carols, edited by Mrs. Clarke and published in Raleigh in 1853.

Clarke, an Episcopalian, died in New Bern and was buried there in Cedar Grove Cemetery.