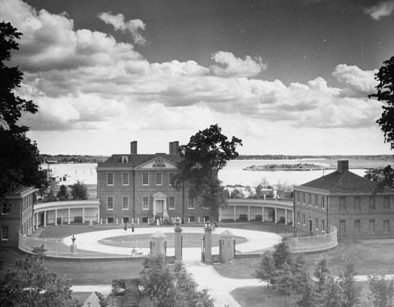 During the late colonial period, the most ambitious North Carolina buildings showed the growing influence of the Georgian style derived from then-current English models. The most spectacular architectural statement in the colony appeared in New Bern, when Governor William Tryon employed English architect John Hawks to design and superintend construction of the governor's residence, known as Tryon Palace, which burned in 1798 and was reconstructed in the 1950s.

Meanwhile, in the developing Piedmont, colonists of German and Scotch-Irish as well as English and African origins established settlements. The most prevalent construction material was log, both in the frontier years and for decades to come. A few more substantial buildings were erected before the American Revolution, notably stone houses such as the German Michael Braun House in Rowan County and the Scotch-Irish Hezekiah Alexander House in Mecklenburg County. Best known are the traditional Germanic buildings built by the Moravians, who established the Wachovia settlement around present-day Winston-Salem. Although building in log at first, they eventually raised traditional European "fachwerk," or half-timbered buildings roofed in tile, as seen in the Single Brothers House in Salem. 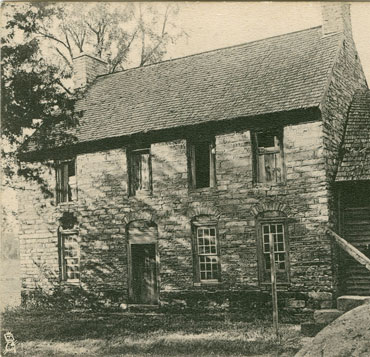 From the 1780s to the 1820s, the state experienced a widespread rebuilding. Traditional forms endured, while in towns and a few plantation sections English and American builders' guides spread the influence of classical styles. Carpenters and bricklayers erected sturdy frame and brick buildings in unprecedented numbers. Two-story houses became more numerous. Especially along the coast, the use of one- and two-story porches was distinctive and prevalent, while builders working in brick traditions developed great virtuosity in the Piedmont.

Farmsteads developed characteristic layouts, from formal plantation complexes to informal small farms. Farmers typically built many small outbuildings and barns around the farmhouse rather than build big barns or extend farm buildings as in some northern and European settings. Built of log or frame, domestic outbuildings stood near the house and usually included a separate kitchen, smokehouse, corncrib, and perhaps a washhouse and dairy, often surrounded by a fence delineating the domestic yard.