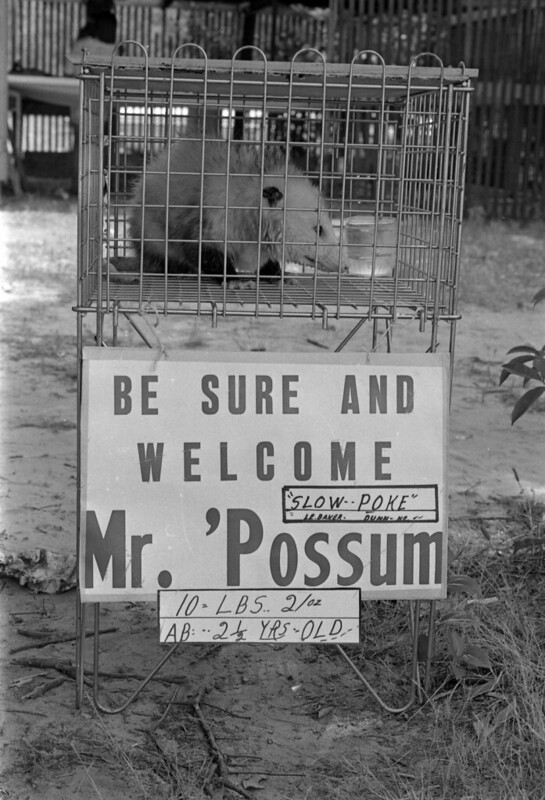 This is the strange tale of Slow Poke the Possum of Harnett County. This otherwise ordinary opossum won a beauty contest, was given to the governor, almost eaten by him, escaped that fate thanks to a public outcry, and was released back into the wild.

Slow Poke was found wandering across a Harnett County highway when he was captured by Mr. L. E. Baker of Dunn, N.C., a few weeks before the second annual Spivey’s Corner Hollerin' Contest in 1970. For this second contest, there were some added attractions, including skydivers, a martial arts display, and a "prettiest possum" competition. Baker entered his opossum named "Slow Poke," weighing ten pounds, two ounces, estimated to be about 2 ½ years old, and measuring nearly three feet from nose to tail. Slow Poke won, beating two other contestants, including a Raleigh opossum named "Miss Vicki."

Governor Bob Scott had proclaimed June 20, 1970, the day of the contest, as both “National Hollerin' Day.” and “North Carolina Possum Pickin’ Day,” and also expressed a fondness for possum stew, foreshadowing the trouble ahead. The contest's plan was for the winning possum to be given to the governor, and on July 16, 1970, Slow Poke, Baker, hollerin' champ H. H. Oliver, and "Miss 'Possum," Margaret Ann Wilkes, visited the governor. Wilkes, like Slow Poke, had also won a beauty contest at the Spivey’s Corner Hollerin' Contest. Slow Poke's cage sat right on the governor's desk as Baker showed him off and explained he got a bath every day and had polished toe nails. North Carolina Commissioner of Agriculture Jim Graham was there, and having been at the Hollerin' Contest, confirmed Slow Poke's improved odor, and showed off Slow Poke by picking him up by his tail. When Wilkes confided to the governor that she had never eaten possum, Scott immediately invited her to a possum banquet in the Executive Mansion to be held in the near future, with Slow Poke as the main course.

Slow Poke spent the next few weeks "…in the basement of the Mansion in a special place for possums." There he languished, blissfully unaware of the controversy generated. Hundreds of calls and letters from an indignant public protested the governor's proposed possum feast. On July 24, the Raleigh News and Observer ran an exceedingly tongue-in-cheek article on the front page, warning that Scott (a democrat) was going to lose the possum vote next election, and featuring a drawing of Slow Poke in a stew pot holding a "Vote G.O.P." sign!

Rumors of a reprieve proved true, and on July 31, in front of the State Capitol building, Scott granted executive clemency to Slow Poke. In front of Agriculture Commissioner Jim Graham (who once again picked up Slow Poke by his tail), Secretary of State Thad Eure, State Parks Director Tom Ellis, and Miss 'Possum Margaret Ann Wilkes, Slow Poke was turned over to the North Carolina Wildlife Commission. Later, he was released into the Raven Rock State Park in Harnett County to live out the rest of his possum days in peace. 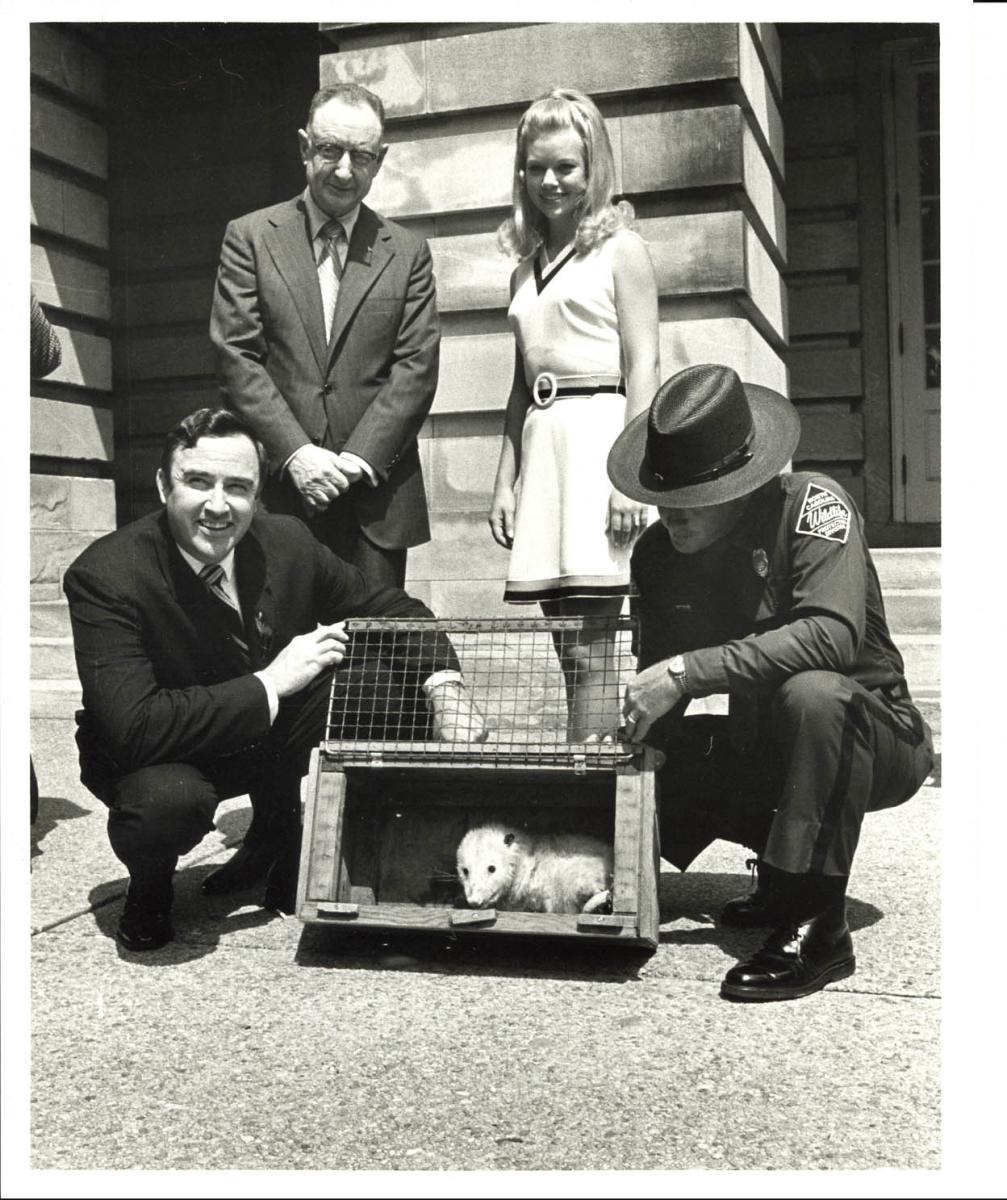 Governor Scott was unrepentant about his intentions to eat Slow Poke, "You've already got one possum away from me… You're not going to know how many I've got. But I shall not be thwarted in my appetite for possum."

The governor was true to his word. A few years later, on January 21, 1972, Scott served possum at a “black tie affair” at the executive mansion. And how did the Governor like his possum prepared? Miss Daisy Pearce, the governor’s head housekeeper, hostess, and meal planner tells us:

"The possum was picked rather than skinned," Miss Pearce says. "We put it in the steamer for about 45 minutes. This tenderized it. Then we rubbed it down with salt, black pepper, garlic and many of the things that enhance the flavor of something wild. It was then spread out flat and run into the oven on a rack. We turned it and brushed it with barbecue sauce made of vinegar, red pepper, garlic. ...all the things."