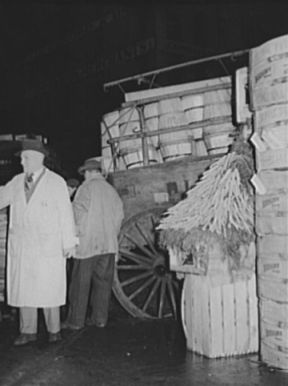 Factors, also known as "commission merchants," were commercial agents who handled the exchange of goods on behalf of planters. A factor sold cotton or other crops and made the arrangements for finding a buyer, transportation, insurance, and storage in return for a commission. Factors rarely traded on their own account but simply acted as intermediaries. Commission merchants charged planters a fee for arranging the purchase of large quantities of goods from distant sources. Many commission merchants also acted as factors, and the two terms have been used interchangeably by early planters and later historians.

In addition, commission merchant firms operated as auctioneers, wholesale grocers, retail merchants, and in other roles. As early as 1790, the Wilmington firm of Jocelin & D'Herbe advertised the opening of their "coffee-house and tavern" while continuing "their Vendue and Commission business as usual." So-called vertical factors (including Josiah Collins II of Edenton) owned wholesale stores, ships, brick kilns, ropewalks, or other enterprises as well as their commission businesses.

Planters, especially those far from towns, stores, and transportation routes, relied heavily on factors. In addition to selling their crops, factors often loaned them money for seeds, tools, and supplies on the promise of being paid when the crop was ready. Banks and ready cash were scarce in the Old South, and planters were often rich in land and slaves but short on cash or even in debt. The factor's extension of credit supplied necessary help in financing large-scale agriculture in a cash-poor society. 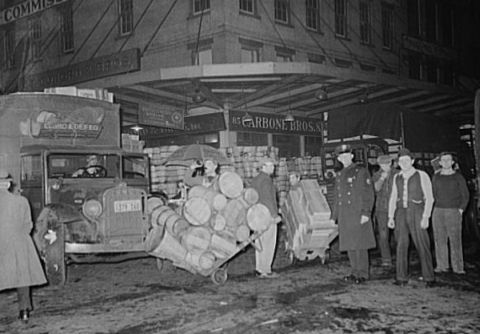 Commission merchants and factors were located in a few of the larger or more developed North Carolina towns with good rail or water connections. Wilmington had a great many commission merchants (three dozen or more in the late nineteenth century). Raleigh, Charlotte, New Bern, Tarboro, Washington, Greensboro, Winston-Salem, and other towns had one or several during much of the nineteenth and early twentieth centuries.

After the Civil War, which disrupted their business, factors were in demand for a time but then began a final decline as large plantations were replaced by farms too small for factors to deal with profitably. Many farmers needed to sell their crops for cash immediately; it took too long for them to ship to a distant factor and wait for the best market conditions. Large cotton mills began to bypass the factors, sending buyers to purchase directly from farmers. Many local merchants also became cotton buyers. Communication and shipping facilities improved to the point where local buyers or farmers could make their own arrangements for the sale and transport of their cotton or other crops. Eventually, the outright buying of crops replaced selling for commission, and many factors became buyers.