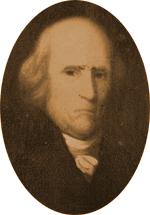 Ropewalks were sites where hemp fiber was spun into yarn and then twine, cord, and rope of various dimensions. The name derived from the fact that production required the artisan, called the spinner, literally to walk backward many feet, carrying the hemp yarn and gradually feeding out lengths of it as it was twisted into rope by a turning wheel. Colonial American shipbuilders and merchants initially depended on British ropewalks for supplying cordage and cables, but soon colonists began making these products themselves.

The earliest and best-known ropewalk in North Carolina was established at Edenton in 1783 by Josiah Collins Sr. and Samuel Johnston (as silent partner and one-third owner). The site, located on a 131-acre tract on the east side of town parallel with Oakum Street, included the ropewalk, a wheelhouse, and two yarn houses. While the shipbuilding industry continued to boom, the Collins ropewalk manufactured hawsers, cables, and cordage of all kinds necessary for rigging ships. Its products in 1795 were said to be superior to any imported ones. At the turn of the century, the decline in local shipbuilding coincided with the rise of seine fisheries in the Albemarle Sound area; from that time forward, the Collins ropewalk produced seine twine, hanging twine, leading line, sinking line, ratline, rope up to three inches in circumference, and other products.

The Collins ropewalk remained in operation until 1839. A rival ropewalk specializing in cordage and seine twine had been established at New Bern by the early nineteenth century. Although its range of products was not so extensive as the Collins ropewalk, the New Bern ropewalk made sewing and whipping twine and bed cords as well as the usual seine cordage. A third ropewalk was erected at Plymouth in about 1818.

Rope making appears to have been a craft practiced at times by slaves in North Carolina. During the eighteenth century, when ropewalks specialized in supplying shipbuilders' needs, as many as 18 skilled male slave artisans were constantly employed. During the nineteenth century, when the output was primarily cordage and twine for commercial seine fisheries, ropewalks employed about a dozen male and female slaves.