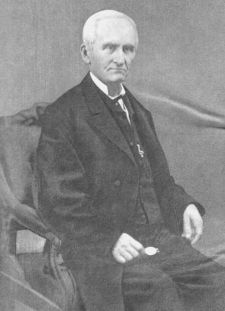 Conscientious objection, the refusal to bear arms based on moral or religious principles, has existed in North Carolina since its formation as a colony. From the colonial period into the twentieth century, authorities recognized only members of certain pacifist sects-Quakers, Mennonites, Dunkards, and Moravians-as conscientious objectors (COs). In recent decades the federal government has extended the right to conscientious objection to anyone with a demonstrable moral aversion to killing.

As the largest and most established pacifist sect, the religious Society of Friends (Quakers) produced the majority of North Carolina's COs. Among the first white inhabitants of the region, Quakers brought their pacifist beliefs with them. In frontier settlements, always threatened by Indian raids or the New World aspirations of European powers, pacifism was not just an academic debate. As early as 1680, nine Quakers endured six months in jail for refusing to bear arms, but such punishment proved the exception in colonial North Carolina.

As early as October 1775, North Carolina Friends attempted to stake out a position of neutrality in the coming conflict with England. The Yearly Meeting reminded its members that "the Setting up and Putting down [of] Kings and Government is God's Peculiar Prerogative." Quaker neutrality bred suspicion of loyalty to the Crown, but, in fact, the society was as split on the issue as most other colonists. Most North Carolina Friends managed to avoid Revolutionary War service, although scattered reports of Quaker troops exist.

The Moravians of North Carolina were exempt from military duty under British law before their first settlement in the colony in 1753, and they adopted a more ambiguous position toward the Revolution. Despite the sect's official pacifist stance, some members voluntarily attended militia musters and sold goods to the contending armies. Moravians steadily abandoned pacifism in the late eighteenth and early nineteenth centuries. With an increasing number of members openly serving in the military, the sect lost its exemption from duty on 4 July 1831 but apparently did not protest the government action.

On the eve of the Civil War in 1861, the state legislature continued the exemption for religious COs established 80 years earlier, but the following year it added a $100 commutation fee. Knowing that many Quakers would refuse to pay a tax on religious liberty, state senator (later governor) Jonathan Worth, himself a former Quaker, formulated a plan to allow objectors to labor at his saltworks in Wilmington in lieu of paying the fee. This marked the first attempt in American history to provide alternative service under civil direction for COs.

The federal Selective Service and Training Act of 1940 included provisions for both noncombatant service in the military (classification I-A-O) and "work of national importance" under civilian direction (IV-E). Given the mechanics of the law, draft boards sought other categories for deferment (such as occupational necessity or family hardship) before granting COstatus, so the true number of men who opposed service on conscientious grounds is unknown. In North Carolina, 719 registrants (or 0.7 percent of the total) were classified as COs, split almost evenly between the two categories.

In 1962 the U.S. Defense Department began allowing COs to serve in noncombatant roles or, in certain cases, to be discharged. During the Vietnam War, draft laws recognized conscientious objection based on ethical, in addition to purely religious, principles. The draft law called for a series of individualized work projects for COs. In North Carolina, the projects involved work in government agencies and private charities. The suspension of conscription in 1973 ended involuntary service for pacifists.

Peter Brock, Pacifism in the United States: From the Colonial Era to the First World War (1968).