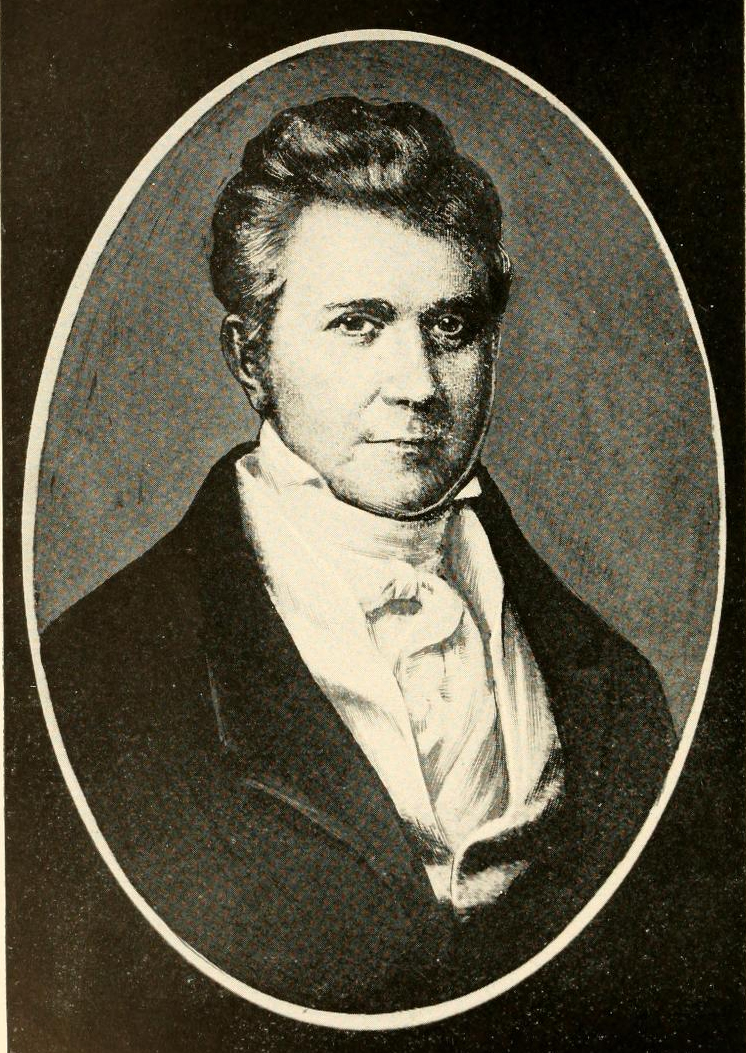 John Williams, lawyer, soldier, U.S. senator, diplomat, and legislator, was born at Panther Creek in Surry County three miles from Shallow Ford on the Yadkin River. The third of twelve children of Welsh and French Huguenot parents, Joseph and Rebecca Lanier Williams, he received his early education in an old-field school in the county. Encouraged and financed by his father, who had been active in political and military affairs during the American Revolution, John studied law in Salisbury. His brothers Robert and Lewis also excelled in their studies and later became North Carolina congressmen.

In 1800 John Williams moved from North Carolina to Tennessee. Three years later he was admitted to the state bar and began practicing in Knoxville. During 1807–8 he served as the state's attorney general and became a charter trustee of East Tennessee College in Knoxville.

When the War of 1812 erupted, Williams joined the East Tennessee Mounted Volunteers and in February 1813 led over 150 men against the Seminole Indians in Florida. Commissioned a colonel in the Thirty-ninth U.S. Infantry, he joined Major General Andrew Jackson in January 1814 and two months later fought against the Creek Indians at the Battle of Horseshoe Bend.

Recognized for his organizing ability, Colonel Williams was given the responsibility for recruiting men and supplies for the Seventh U.S. Military District. When he refused to release arms and ammunition to a militia regiment because they were designated by the secretary of war for the use of regular soldiers, General Jackson demanded to know why Williams had withheld the equipment at the risk of his country's safety. Because of Jackson's belief that his authority had been overruled and of Williams's feeling that his loyalty had been questioned, the Tennesseans developed a mutual distrust that extended beyond Williams's honorable discharge from the army in June 1815.

Williams's military service probably aided his election in 1815 to the U.S. Senate to fill the vacancy of resigning George W. Campbell. In 1817 he won a six-year term, during which time he served on the Committee for Military Affairs, which reorganized the medical staff of the army and modified the organization of the U.S. Military Academy. Williams voted for legislation supporting the U.S. Bank, the protective tariff, and the Missouri Compromise.

In 1823 he was defeated for reelection to the Senate by General Jackson. The campaign was bitter, with Jackson accusing Williams of spreading a false rumor that Jackson had confiscated land from the Seminole Indians in 1818 for financial investment and charging that Williams's support of William H. Crawford for the presidency was an attempt to discredit Jackson's bid for that high office. Williams could not overcome these charges nor the popularity of Jackson, who won by a 35-to-25 vote.

After losing his bid for a seat in the state senate in 1825, Williams received an appointment by President John Quincy Adams as an ambassador to the Federation of Central America with headquarters in Guatemala. During the one-year term Williams made a study of existing facilities for a canal across Nicaragua and proposed several reforms to the existing civil code.

Despite serious opposition by Jackson supporters, he defeated incumbent James Anderson in 1827 in the state senate race. During the two-year term Williams served on a committee on internal improvements and introduced bills to relieve women debtors, to construct a turnpike to the Kentucky line, and to reform state banking laws. Even though he was unopposed for reelection in 1829, he decided not to run.

From 1829 to 1837 he practiced law in Knoxville and neighboring counties and promoted the projected Louisville, Cincinnati, and Charleston Railroad Company, serving as the first chairman of its board of directors. By 1835 he owned 531 acres of land, 17 slaves, and a carriage. Although retired from political office, he continued to express Whig sentiment by supporting the tariff and opposing Nullification and the growth of presidential power.

In 1805 Williams married Malinda White, the daughter of Knoxville founder General James White and the sister of presidential candidate Hugh Lawson White. They had twelve children but only six lived to maturity: Joseph Lanier, John II, Mary Lawson, Cynthia, Susan, and James. Joseph Lanier served in the U.S. House of Representatives from 1837 to 1843 and received an appointment by President Lincoln as a judge of the U.S. District Court of the Dakota Territory. John II won a seat in the Tennessee legislature in 1845, 1847, and 1857 and was instrumental in the calling of the 1861 Union conventions of Knoxville and Greeneville to denounce secession.

Regarded by friends as a man with a dignified but friendly manner who appealed to all classes of people, John Williams died at his home near Knoxville two days after he had written his will. Both a Mason and a Presbyterian, he was buried in the First Presbyterian Churchyard at Knoxville. His portrait, painted by Eleanor Wiley, hangs in the Tennessee state capitol in Nashville.

Robert M. McBride and others, Biographical Dictionary of the Tennessee General Assembly (1975).