John Nathaniel Whitford, merchant, Confederate officer, and planter, was born near Vanceboro, the son of Nathan, a farmer who represented Craven County in the General Assembly in 1862–64, and Hannah Bright Whitford. After his early education at the South Lowell school in Orange County, Whitford was employed as a merchant until the outbreak of the Civil War, when he volunteered his services and was made captain of artillery by Governor Henry T. Clark.

Assigned command of Company I, Tenth North Carolina (First Artillery) Regiment, Whitford was attached to the forces of Brigadier General Lawrence O'B. Branch defending New Bern. When Union general Ambrose Burnside's powerful forces attacked Branch's defenses on 14 Mar. 1862, Whitford and his company constituted part of the garrison of formidable Fort Thompson on the Neuse River. During the battle the company engaged the Union gunboat fleet passing up the river to attack New Bern. Following the defeat and withdrawal of Branch's forces to Goldsboro, Whitford was placed in charge of a special battalion of troops consisting of his own and three other artillery companies. Later this battalion was disbanded when it was evident that Burnside's forces would not advance farther inland, and Whitford's company was sent to the defenses of Wilmington, garrisoning the Old Brunswick Battery.

After a time the service of Whitford's company was changed from artillery to infantry, and the men were stationed around Swift Creek, Craven County, as scouts watching the movement of Union forces. Here they had skirmishes with Union troops. In April 1863 the company was augmented by the addition of a number of other companies to form the First Battalion of Local Defense Troops. Whitford was given command of this organization and promoted to major on 14 May 1863. The battalion soon became known as the Whitford Battalion of Partisan Rangers, and Whitford led it in numerous partisan operations against Union forces. On 18 Jan. 1864 the battalion was augmented by still more companies and was commissioned the Sixty-seventh North Carolina Regiment, with Whitford elected as its colonel. The regiment contained nine companies of infantry and one of cavalry and, rather than being turned over to regular Confederate service, was retained by North Carolina as a state unit, subject to the orders of the governor and limited to service within the boundaries of the state. 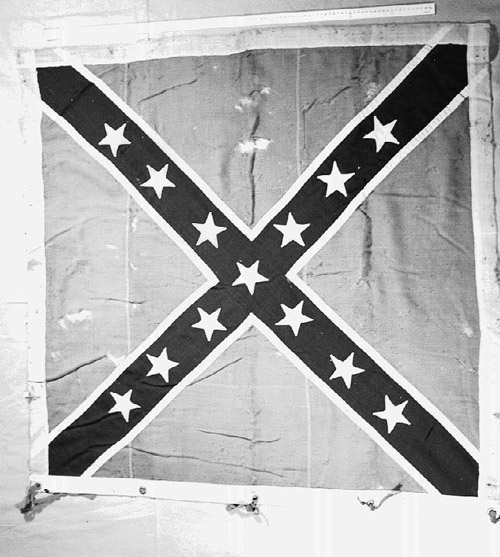 On 1–3 Feb. 1864 Whitford's new regiment participated in the unsuccessful efforts of Major General George Pickett's Confederate forces to recapture New Bern. It was to have taken part in the assault on Fort Anderson on the northern bank of the Neuse, but the attack never materialized and the entire operation against New Bern was abandoned. Early in May Whitford led his regiment in yet another attempt to capture the city by Major General Robert F. Hoke. For a time Whitford's regiment led the advance, driving back Union outposts near Deep Gully, and then remained to protect the rear of Hoke's forces while they attempted to capture the city. Again the attack was called off, as most of Hoke's command was ordered immediately to Virginia, and Whitford's regiment continued to serve in eastern North Carolina on picket and relief duty for Confederate garrison troops at Plymouth, Washington, and Kinston.

Whitford also led numerous raids and forays against Union forces. He and part of his command were sent to Fort Branch, at Hamilton, on the Roanoke River and there repelled an effort by Union gunboats to steam up the river and destroy the Weldon Railroad bridge. In March 1865 his regiment joined other Confederate forces to halt the advance of Sherman's and Cox's Union armies through the state. It was present at the Battle of Southwest Creek, or Wise's Forks, again under General Hoke. At Goldsboro, Whitford was assigned command of a brigade consisting of his own and the Sixty-eighth North Carolina regiment. The brigade was present on the battlefield of Bentonville, 19–22 Mar. 1865, and following that Whitford was instructed to operate with it on detached service from the main Confederate army. Moving by way of Tarboro and Greenville, he was to attack and harass Sherman's lines of communication. This was a daring assignment, but Colonel Whitford was quite competent in partisan tactics and of course familiar with the area. Unfortunately, soon afterwards it was learned that General Joseph Johnston's Confederate army had surrendered to Sherman and the war was virtually over. Accordingly, Whitford disbanded his two regiments and returned home to New Bern.

After the war he became the successful owner of the Whitford Hardware Store in New Bern and of a substantial plantation in Jones County. He was twice married, first to Mary E. Williamson, a descendant of North Carolina's first governor, Richard Caswell, on 26 Nov. 1861, with whom he had six children. After her death he married Sidney A. Taylor of Beaufort on 3 Jan. 1884. He was buried in the Whitford family cemetery in Jones County.

"Battle for the Light," by Allison Perkins. Our State: https://www.ourstate.com/civil-war-cape-lookout/