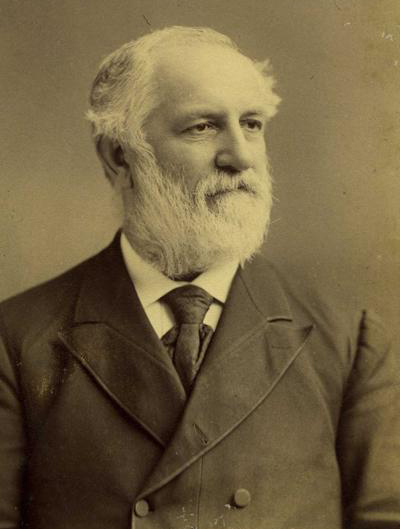 Robert Frederick Hoke, Confederate officer and industrialist, was born in Lincolnton, the son of Michael and Frances Burton Hoke. His father, a lawyer, was the Democratic candidate for governor in 1844. Young Hoke attended school in Lincolnton and was graduated from the Kentucky Military Institute in 1854. Afterwards he returned home to help his widowed mother manage the various family business interests, including a cotton mill and iron works.

Hoke entered the Confederate Army as a second lieutenant of the First North Carolina Volunteers. At Big Bethel, on 10 June 1861, D. H. Hill commended him for his "coolness, judgement and efficiency." By September Hoke had attained the rank of major. He was subsequently transferred to the Twenty-third North Carolina and promoted to lieutenant colonel. Following the Battle of New Bern on 14 Mar. 1862, Hoke assumed temporary command of the Thirty-third Regiment, its colonel, C. M. Avery, having been captured at New Bern. Hoke led the regiment at Hanover Court House, the Seven Days before Richmond, Second Manassas, and Sharpsburg. When Avery returned to the Thirty-third, Hoke became commander of the Twenty-first North Carolina, Trimble's Brigade, Jubal Early's division. At Fredericksburg in December 1862, Hoke earned the praise of both Early and "Stonewall" Jackson for his part in repulsing the Union attack on the Confederate right. Shortly after this battle he was promoted to brigadier general and given command of Trimble's Brigade. During the Chancellorsville campaign, Hoke, serving with Early at Fredericksburg, was severely wounded. At the time of Gettysburg he was still recovering, but in the fall of 1863 he was sent to the central counties of his native state to quell outlawry and armed deserters.

Early 1864 found him in the eastern part of North Carolina serving under General George E. Pickett. Following an unsuccessful attack on New Bern, Pickett was recalled to Virginia and Hoke assumed command of the forces in eastern North Carolina. For his capture of Plymouth and its 3,000-man Union garrison, in which he was aided by the ram Albemarle, Hoke was elevated to major general. The date of his commission and that of the battle, 20 Apr. 1864, were the same. General Robert E. Lee wrote President Jefferson Davis that he was pleased to learn of Hoke's promotion, "though sorry to lose him, unless he can be sent to me with a division." 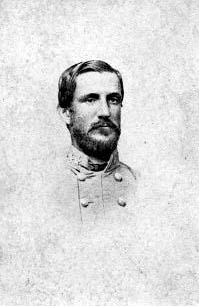 After Plymouth Hoke returned to Virginia and assisted General Pierre G. T. Beauregard at Drewy's Bluff and General Lee at Cold Harbor. From the Petersburg trenches in December 1864, Hoke's men were ordered to North Carolina to help with the defense of Fort Fisher and Wilmington. The fort capitulated on 15 Jan. 1865 and the city on 22 February. Hoke's division next faced the Union Army on 8 March at Southwest Creek near Kinston, and on 19–21 March at Bentonville west of Goldsboro. Hoke remained with Joseph E. Johnston, his superior at Bentonville, until the surrender of the Confederate forces to General William T. Sherman at Bennett's Farm House near Durham. In his farewell address to his men, Hoke reminded them that they were "paroled prisoners not slaves." He urged them to cherish "the Love of Liberty," to transmit it to their children, and to "teach them the proudest day in all your proud career was that on which you enlisted as Southern soldiers."

After the war Hoke was engaged in various business enterprises. Among his principal interests were gold and iron mining, insurance, and railroads. For many years he served as a director of the North Carolina Railroad Company. He was an Episcopalian and a Democrat.

On 7 Jan. 1869 he married Lydia Van Wyck, by whom he had six children. Hoke died at age seventy-five and was buried in Raleigh. Hoke County is named for him.