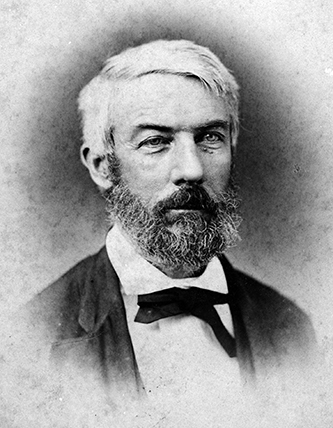 Daniel Harvey Hill, soldier and educator, was born in York District, S.C., the son of Solomon and Nancy Cabeen Hill and the grandson of William Hill, noted ironmaster and Revolutionary War soldier. After his father's death in 1825, his mother raised the boy, the youngest of eleven children, in genteel poverty. Nancy Hill, a devout Presbyterian, managed, however, to convey to young Daniel her own deep religious convictions. These he retained through life. During the Civil War few, if any officers, went into combat with a firmer faith than did Daniel Harvey Hill.

Desiring a military career, he entered West Point in 1838. He was graduated four years later number twenty-eight in a class of fifty-six that teemed with future Civil War generals. The young officer served with distinction in the Mexican War, gaining two brevet promotions as well as a gold sword from the state of South Carolina given in appreciation of his services. Following his resignation from the army in February 1849, Hill became a professor of mathematics at Washington College (now Washington and Lee University), Lexington, Va.

On 2 Nov. 1852 he married Isabella Morrison, daughter of the first president of Davidson College and sister of Thomas J. Jackson's second wife. At the time Jackson, the future "Stonewall" of the South, was teaching at the Virginia Military Institute, also in Lexington. Two years later Hill joined the faculty at Davidson College in North Carolina. In 1859 he resigned his chair of mathematics at this small liberal arts college to become superintendent of the North Carolina Military Institute at Charlotte.

When the Civil War began, Hill, at the request of Governor John W. Ellis, organized North Carolina's first camp of instruction at Raleigh. As a colonel he led the First North Carolina at Big Bethel, Va., the first important engagement of the war. In September 1861 he was promoted to brigadier general and the following March to major general.

Hill's division distinguished itself in the Peninsular campaign of 1862, as it did later at Second Manassas, South Mountain, and Sharpsburg. In early 1863 Hill assumed command in eastern North Carolina, where he conducted operations against New Bern and Washington. Recalled to defend Richmond during the Gettysburg campaign, he was promoted to lieutenant general (from North Carolina) on 11 July 1863. He was then ordered to the Army of Tennessee. In the Confederate victory at Chickamauga he commanded a corps. But his recommendation to President Jefferson Davis that Braxton Bragg be removed from command on the ground of incompetence prompted the president to relieve Hill instead. Furthermore, Davis refused to send Hill's commission to the Senate for approval. Thus he served as a lieutenant general for only a short period (19 July–15 Oct. 1863) while Congress was not in session. Except for a short stay in Petersburg in 1864, Hill saw little further service until the closing stages of the war. At Bentonville, N.C., in March 1865, he commanded, as a major general, a division in Joseph E. Johnston's small force. 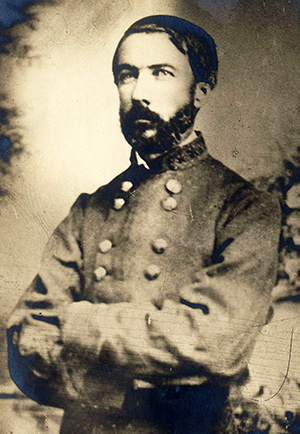 There was no greater waste of general-officer material during the war than Daniel Harvey Hill, one of the best combat soldiers and most literate men to serve in the Confederate Army. Unfortunately, he suffered from an incontrollable impulse to criticize his associates. The result was a war record marked by brilliant episodes, but an overall Confederate career that was both disappointing and unhappy.

After the war Hill settled in Charlotte where he established in 1866 a periodical, The Land We Love, and in 1869 a weekly paper, The Southern Home. During these years he became aware of the necessity for a new and broader approach to education in the South. He wanted emphasis placed on technical training. "Is not a practical acquaintance with the ax, the plane, the saw, the anvil, the loom, the plow, and the mattock," he wrote, "vastly more useful to an impoverished people than familiarity with the laws of nations and the science of government?"

From 1877 to 1884 Hill served as president of Arkansas Industrial University (the future University of Arkansas) and then, after a year's rest, headed until 1889 the Middle Georgia Military and Agricultural College at Milledgeville (later Georgia Military College). He died in Charlotte and was buried in the cemetery at Davidson College.

Hill was the author of a textbook, Elements of Algebra ; several religious tracts; and numerous articles relating to the Civil War, notably those in Battles and Leaders of the Civil War. He also contributed to his own publications.

Daniel Harvey Hill, Jr., one of nine children, followed in his father's footsteps and became an educator. From 1908 to 1916 he was president of North Carolina College of Agriculture and Mechanic Arts (now North Carolina State University) at Raleigh.

A. C. Avery, Memorial Address on the Life and Character of Lieutenant General D. H. Hill (1893).