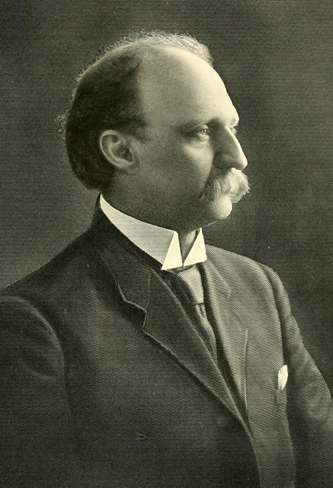 Joseph Howell Way, physician, was born in Waco, Tex., the son of Charles Burr and Martha Julia Howell Way. Ancestors on his father's side had emigrated from England to Connecticut and Massachusetts in 1630; his mother, a native of Haywood County, N.C., was a descendant of a pioneer family in western North Carolina. Charles B. Way, a native of Mississippi and a major on the staff of Confederate general John B. Hood, moved to Texas after his plantation was destroyed during the Civil War. In the 1870s, however, the family settled in Asheville where the elder Way farmed and taught school. He became a judge of the county court and was superintendent of schools.

Joseph Way was educated by his father and under other private tutors. At age sixteen he was teaching school in Buncombe County and studying medicine under Dr. W. L. Hilliard in Asheville. In 1884 he entered the Medical College of Virginia, and in 1885, at age nineteen, he was licensed to practice by the North Carolina State Board of Medical Examiners. He made the highest grade in a class of fifty-three. Nevertheless, he promptly enrolled in Vanderbilt University in Nashville, Tenn., and was graduated with the degree of doctor of medicine in 1886. Before the end of the year he began a general practice in Waynesville that he continued, except when military service intervened, until shortly before his death.

Dr. Way specialized in the treatment of tuberculosis but in general served as a country doctor. In anticipation of war with Germany, he joined the Medical Corps of the U.S. Army in 1916 and was commissioned a captain in April 1917. Sent to Camp Greene in Greensboro, he was a member of the First Officers' Training Camp. He was assigned to the first ward opened at the camp hospital and remained in charge until the spring of 1918. Promoted to major, he was transferred to the hospital at the Rockefeller Institute in New York City for three months. His next assignment was at a military hospital in New Haven, Conn., but after a very brief stay he was returned to Camp Greene. There he organized the Reconstruction Service and served until the hospital was closed in March 1919. He was transferred to the medical reserve and promoted to lieutenant colonel. In 1924 he was advanced to colonel.

At Atlantic City in 1919 Way became a charter member of the Medical Veterans of the World War and began a lengthy period of deep interest in the welfare of veterans of the war. For more than three years he was medical director of the U.S. Veterans' Bureau Training School in Waynesville. In 1923 he organized the section of Medical Veterans of the World War and the Medical Officers Reserve Corps at Asheville. Way also was a surgeon for the Southern Railway and a member of the North Carolina medical examining board from 1897 to 1902. Governors Robert B. Glenn, William Kitchin, Thomas W. Bickett, and Cameron Morrison appointed him a member of the State Board of Health, of which he was president for three terms. He also was a longtime trustee of Trinity College and Duke University and a member of the International Tuberculosis Congress. An active member of state and regional medical associations and secretary and president of several, he was editor of the Transactions of the North Carolina State Medical Society for four years and of the Tri-State Association for six years. He contributed articles to several medical journals as well as state news to the Journal of the American Medical Association for many years.

A Democrat, a Mason, and a member of the Methodist Episcopal Church, South, he married Marietta Welch in 1888. They were the parents of Hilda (Mrs. Thomas L. Gwynn), Joseph Howell, and Robert B., who died in infancy.