Julius (Jule) Benjamin Warren, newspaperman and editor, was born in Durham, the son of Julius B., a tobacconist who built the Globe warehouse, and Corinna Burch Warren, who taught school in Durham. The elder Warren died at age thirty-five when his son was two. Young Jule Warren attended the schools of Durham and was graduated from Trinity College in 1908. At Trinity he was sports editor of the student newspaper, the Chronicle, and on the staff of the literary magazine, Archive. In 1908 he became athletic coach, history and science teacher, and principal of the Gastonia high school. In 1910 he joined the staff of the Durham Herald, where he filled various posts: city editor, advertising manager, circulation manager, managing editor, and editor. From September 1918 to January 1919 he saw limited service with the army, working particularly with the draft boards in Statesville and Durham. 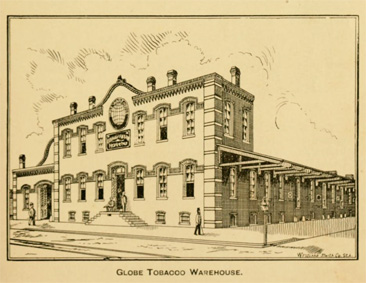 At the completion of his military service Warren moved to Raleigh as political writer and capital correspondent; his articles were syndicated to morning daily papers in Asheville, Charlotte, Durham, Wilmington, Winston-Salem, and elsewhere in the state. In 1922 he helped organize the North Carolina Educational Association and became its chief executive officer, a post he held for twenty years. During that time he served the educational profession well, gaining respect and support for its members. He was also editor of the journal North Carolina Education, which he established in 1924. During his tenure a permanent headquarters building was erected on West Morgan Street in Raleigh. Also under his direction numerous publications were issued for teachers and other educators including the effective Public Relations Handbook. The February 1936 issue of North Carolina Education dealt with the 100-year history of public education in the state. He also spoke frequently to educational, civic, patriotic, religious, and other groups around the state. In 1937 Governor Clyde R. Hoey named Warren to a four-year term on the board of trustees of the North Carolina College for Negroes and to the State School Commission.

In 1941 Warren published a 328-page textbook, North Carolina Yesterday and Today, intended for use in the public schools. It was approved for adoption by the State School Commission (of which Warren was a member) in preference to one prepared by Professors Albert Ray Newsome and Hugh T. Lefler of The University of North Carolina faculty. Warren's book contained a commendatory foreword signed by Professor William K. Boyd, a highly regarded professor at Duke University. Almost immediately after copies became available for classroom use, the text fell under severe criticism. Initially several hundred factual errors were pointed out, and in the end more than a thousand were cited.

State education officials were criticized for not having reviewed the text themselves (or having it reviewed by a competent authority), and the role of the State School Commission in accepting a book prepared by one of its own members aroused suspicion of complicity. A considerable sum of public money had been expended in the book's preparation, and various remedies were proposed to make it acceptable. Those already printed were used as long as copies remained in stock, with pages of corrections to accompany them. At his own expense Warren corrected the text for a subsequent printing. At the next selection of textbooks the Newsome-Lefler 472-page book, The Growth of North Carolina, was approved, and in updated revisions it remained the choice for many years.

On 15 Sept. 1917 he married Hilda Gipe of Chicago, and they became the parents of a daughter, Elizabeth. He was a president of the Raleigh Rotary Club and an officer of the Knights of Pythias. An active member of the Presbyterian church, he served as a deacon and Sunday school superintendent.