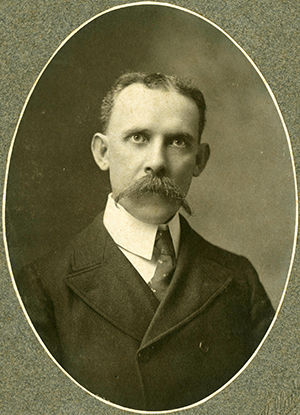 Francis Preston Venable, educator and chemist, was born in Prince Edward County, Va., near Farmville, the son of Charles Scott and Margaret Cantey McDowell Venable. His half brother, Dr. Charles S. Venable, was a physician of San Antonio, Tex. His Venable ancestors, who had resided in the Old Dominion continuously since 1685, included in the direct line members of the House of Burgesses and the General Assembly and men who had fought for American independence as officers in the armies of the American Revolution and the War of 1812. His grandfather was an officer of dragoons in the Revolutionary legion of Light Horse Harry Lee. His great-grandfather, Nathaniel Venable, a mathematician of some reputation in the county of his residence, was the principal founder of Hampden-Sydney College, long the citadel of Virginia Presbyterianism. Most of the Venable men had been successful as farmers and planters and some as merchants and bankers. But Venable's father had rejected agriculture and business for a career in higher education.

Charles Scott Venable was graduated from Hampden-Sydney College at age fifteen and studied at the University of Virginia. At eighteen he returned to Hampden-Sydney as professor of mathematics and remained there until 1856. After attending lectures at the German universities of Bonn and Berlin he became professor of mathematics at the University of Georgia, where he taught for a single session before accepting the professorship of mathematics and astronomy in South Carolina College. When South Carolina withdrew from the Union in 1862, he joined the Congaree Rifles as a second lieutenant and participated in the bombardment of Fort Sumter. He later fought at the first Battle of Manassas as a private, took part in the defense of New Orleans as a lieutenant of artillery, and assisted in the fortification of Vicksburg as a captain of engineers. From 1862 to 1865 he served as an aide to General Robert E. Lee. In August 1865 he became professor of mathematics in the University of Virginia, where he remained to the end of his career. For a time he also served as chairman of the faculty, at that time the university's principal administrative officer. 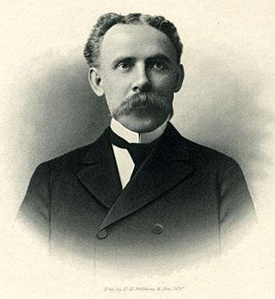 In 1900, on the resignation of President Edwin Anderson Alderman, who moved to the same post at Tulane University, Venable was elected president of The University of North Carolina. He soon proved to be both a capable administrator and an effective lobbyist who secured increased state financial support for the university. During his fourteen-year administration student enrollment increased steadily, and the university's financial position was greatly strengthened. The physical plant was enlarged and improved, faculty research was stressed, and athletics, in which Venable took a keen interest, were encouraged. The quality of the graduate school, organized in 1903 although graduate work had been offered earlier, and of the various professional schools was upgraded, and a number of departments achieved national recognition.

Following a physical breakdown caused by overwork, Venable took a leave of absence in 1913–14 and went to Europe in a vain attempt to regain his health. Still plagued by shattered nerves, he left the presidency in May 1914, to be succeeded by Edward Kidder Graham, who had served as acting president in 1913–14. On his resignation, the trustees named Venable the chair of the Chemistry Department. In 1918 he became one of the university's first five Kenan professors. He retired in 1930 after fifty years of service to The University of North Carolina.

In 1883 Venable helped organize at The University of North Carolina the Elisha Mitchell Society for the advancement of science. The society soon began to publish a journal, and in it Venable reported much of his research in chemistry. He also furnished many articles to the Journal of the American Chemical Society and other scientific reviews. He was the author of a number of well-received books, including Short History of Chemistry (1894), Study of the Atom (1904), Radioactivity (1917), and Zirconium and Its Compounds (1921). According to one authority, Venable was the true discoverer of calcium carbide, although another chemist claimed a patent. Especially noteworthy was Venable's work on light atomic-weight elements, particularly zirconium, whose atomic weight he helped to determine.

On 3 Nov. 1884 Venable married Sallie Charlton Manning, the daughter of John Manning, professor of law at The University of North Carolina, and the sister of Isaac H. Manning, later dean of the university's medical school. The Venables had five children: Louise Manning, Cantey McDowell, Charles Scott, John M., and Frances Preston. An active sportsman, Venable was a good tennis player and a fair golfer. He loved to work in his flower garden, to which he gave much time during his retirement. A devout Presbyterian, he served as an elder of his church. In politics, as befitted the son of an aide to General Lee, he was a Democrat. His physical monument on the Chapel Hill campus is Venable Hall.

"Francis Preston Venable (1856-1934)." The Carolina Story. The UNC-CH University Library and The UNC Center for the Study of the American South. http://museum.unc.edu/exhibits/researchuniv/francis-preston-venable-1856-1934/ (accessed January 30, 2013).