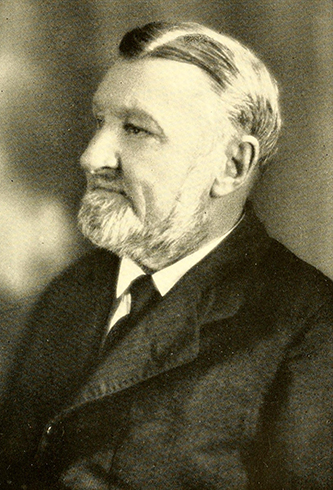 Richard Tilman Vann, teacher, clergyman, and college president, was born on a farm near Winton, Hertford County, the seventh of nine children of Albert Gallatin and Harriet Gatling Vann. When he was not quite twelve years old, he lost both arms in a cane mill, the left just below the elbow and the right just below the shoulder. His mother had died when he was five, and though his father lived until 1877, Vann was informally adopted in 1868, at the time he entered Buckhorn Academy, by a cousin, Rowena Vann Savage, and her husband, the Reverend R. R. Savage. Largely through their efforts, he was able to enter Wake Forest College, where he was graduated in 1873 at the head of his class. In 1873–74 and again in 1875–76 he attended the Southern Baptist Theological Seminary, then located in Greenville, S.C. Later, Furman University conferred on him the degree of doctor of divinity.

Between the two sessions at the seminary, Vann was ordained at the Mount Tabor church, Murfreesboro. For two years (1877–79) he taught in the Academy for Girls, Scotland Neck, then spent the next two years as a state missionary pastor. Afterwards he taught for two more years in the Chowan Baptist Female Institute, also serving the Murfreesboro church as interim pastor from January to October 1883. His pastorates thereafter were Wake Forest (1883–89), Edenton (1889–91), and Scotland Neck (1891–1900).

In Scotland Neck his sermons were sometimes published in the local weekly newspaper, but occasionally, moved by righteous indignation, he appealed to a wider audience. In response to an uncritical 1894 eulogy of Confederate general Jubal A. Early in the Wilmington Messenger, Vann launched a stinging rebuke to the editor. Granting Early's valor during the Civil War, he criticized the editor's failure to note Early's "long connection with that grizzly horror," the Louisiana lottery. "Is it quite the thing," he wondered, "to set him forth before our youth as one of 'the breed of noble bloods?'" The editor, though claiming "no stomach for this fight," placed alongside Vann's response two columns of rebuttal. Although again assailing Early in his final sally, Vann directed his most ringing retort at the editor's implication that Vann was among the "younger portion of our people" who, owing to "envy of [their] good fortune, . . . turn up their noses at the men of war." Indignant, Vann responded that the shaft, if personal, "flew wild. . . . All my brothers (four) volunteered in the Southern army and stayed there till the end came; no, two of them did; the other two fill soldiers' graves."

In 1900 Vann began his life's great work, the presidency of the Baptist Female University (renamed, after much debate, Meredith College in 1909). It would have been a staggering undertaking even for a veteran administrator. The young school had no endowment and a debt of $43,000. The effects of the financial panic of the nineties were still being felt and increased the difficulties of the new school. There were more courses leading to the A.B. degree in the 1899–1900 catalogue than the small faculty could possibly manage, and even the degree of M.A. was offered. Vann's extraordinary ability as a preacher was already recognized: "brilliant," "scholarly," "devout" were among the terms applied to him. However, he had had no experience in administration. Yet the same indomitable spirit, the same courageous faith that refused to be handicapped by the loss of his arms kept him from discouragement when faced with seemingly insuperable obstacles.

Beginning immediately to work toward erasing the $43,000 debt, Vann devised a letter-writing campaign to seek larger donations and undertook personally, from 1900 to 1904, an intensive travel schedule in the belief that small gifts from the many were essential to bond Baptists to the young institution. After celebrating victory in February 1904, Vann's administration made amazing progress. The value of the property increased from $75,000 to $289,050, and an endowment of $127,000 was accumulated. The enrollment rose from 220 to 383 despite the discontinuance of the departments of business and education, the first nine years of the preparatory department, and the M.A. degree. From a "female university" with rather vague requirements for entrance and graduation it became a women's college that commanded respect in academic circles.

During his presidency Vann spoke with increasing authority on a broader range of issues. Before his Meredith career, he was once quoted as stating, "I am opposed to educating woman as woman. I am in favor of education. The idea that woman acts by intuition and man by reason degrades the woman." By 1911, however, Vann could amplify that statement: they should be educated not to "refine and fit [them] for the drawing room," but because of women's "pervasive and dominating influence on the individual," an influence that must be made to "count for most in creating the highest types of public institutions and civic witness." Still unsure whether or when women should be granted the vote, Vann insisted that they had earned their education as a right: monuments to Civil War dead were proper, he granted; yet "what of their wives and sisters and mothers, who stayed at home and served and starved and smiled through a dumb and endless agony?" If they were dead, their daughters were "here and begging us only to give [them] a chance." He urged Southern Baptists, therefore, not only to establish colleges for women, but also to endow them.

With other prominent Baptists, he questioned the state's support for institutions of higher education, arguing that the money should go to the common schools. And he strongly advocated prohibition, once calculating that the "billions of dollars spent for drinks and an equal sum in crime from whiskey" would "build twenty school-houses in each [North Carolina] county and pay their teachers [for] ten years."

Vann's service in Christian education did not end when he resigned as president of Meredith. Just as fifteen years earlier he had been called to head a new enterprise, so now the denomination called him to a new work, the executive secretaryship of the newly established Educational Board of the Baptist State Convention, a position he held until 1924, when he became associate secretary. With this new responsibility, his public role shifted. Often in the past an advocate for educational causes or a critic of societal practices, Vann now was looked to as a conciliator. His most prominent challenge in reconciling opposing factions came in the early 1920s, when Wake Forest College president W. L. Poteat's teaching of evolution in his science classes threatened to divide irrevocably not only North Carolina's Baptists, but also their counterparts throughout the South. As attacks on Poteat intensified in 1922, Vann arranged for Poteat to lecture at a series of Baptist Association meetings, hoping to reassure skeptics of the scientist's Christian piety. Later, with the issue still dominant, Poteat was invited to speak to the December 1922 North Carolina Baptist State Convention. In an eloquent address on "Christianity and Enlightenment," he insisted that "[m]anifestly science cannot discredit faith."

Vann introduced President Poteat to the convention, and as Poteat left the rostrum, Vann stepped forward to lead the applauding hosts in a healing chorus of "All Hail the Power of Jesus' Name." But the issue was not so quickly laid to rest. Early in 1925, as secretary of the North Carolina Baptist State Convention's Board of Education, Vann was asked to address the Southern Baptist Educational Conference in Memphis. His assignment was to discuss what attitude the college, on whose grounds the battle between Fundamentalists and Modernists seemed destined to be fought, should take "towards the contestants and the issues involved." In "a brilliant address," as it was hailed, Vann urged a clearer definition of terms, in particular of the word "evolution"; a rejection of extremism ("fundamentalism and modernism are not necessarily exclusive of one another and should not be made so"); recognition of the role of men in interpreting God's revelations and the progressive nature of revelation itself; and the necessity of Baptists' granting to scientists the same freedom of investigating God's universe that Protestant individuals prized in investigating, for themselves, God's written word.

In an author's note appended to the published address, Vann made clear both his neutral position in the controversy and his purpose as a mediator: rather than attempting a scholarly discussion of issues, he offered "only a popular appeal to the moderates of both sides in the pending controversy, in the hope of bringing about larger tolerance and a working harmony." Vann wrote, he stated, "as one who has accepted no theory of evolution, nor lined up with the extremists of either side; who holds firmly every fundamental doctrine of the evangelical faith, but is open to every new truth that may be discovered."

On 21 Oct. 1885, while pastor at Wake Forest, Vann married Ella Rogers McVeigh, who had been a fellow instructor at the Chowan Institute. She was an honor graduate of Hollins College and had also taught at a private academy before her marriage. The couple had five children: William Harvey, Albert Gallatin, Dorothy McDowell, Elizabeth Rogers, and Richard Thaddeus.

In 1926 the Baptist State Convention elected Vann secretary of benevolence, a position he held until 1940. Despite stating in 1927 that the loss of his arms, as well as "partial failure of eyes since 1894," largely curtailed his ability to read and write, "and therefore anything like authorship of books or written sermons," Vann, at the urging of friends and family, did assemble a collection of sermons, The Things Not Seen, which was published in 1931. This "affliction of the head and eyes" had, however, forced him in 1907 to decline, with great regret, the chair of homiletics at the Southern Baptist Theological Seminary. Nevertheless, he was able to serve extended terms as trustee of that institution (1909–24) and Wake Forest College (1894–1928), as well as twice accept the vice-presidency of the Baptist State Convention.

Vann was seldom sidelined by his handicap when the challenge of game or sport was presented to him. Not only was he a champion high and long jumper in college and later an enthusiastic mountain climber; he also excelled at croquet (he used a long handled mallet, strapped to his left forearm).

After funeral services at the First Baptist Church of Raleigh, he was buried in the family plot in Scotland Neck, where he had served his longest pastorate. His portrait hangs in the Meredith College building named for his longtime friend and Baptist colleague: the Livingston Johnson Administration Building.