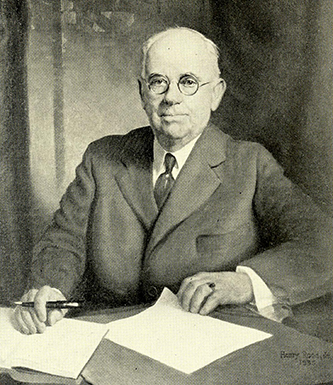 William Louis Poteat, educator, was born in Caswell County, the son of James and Julia A. McNeill Poteat. He was taught by a governess and then entered the village academy at Yanceyville. In 1877 he was graduated from Wake Forest College with a B.A. degree, and in 1889 he received an M.A. degree from Wake Forest. Later he was awarded LL.D. degrees by Baylor, The University of North Carolina, Brown, and Duke and the Litt.D. degree by Mercer. In addition, Poteat went to the University of Berlin in 1888 and attended a course at the Marine Biological Laboratory, Woods Hole, Mass., in 1893.

A year after his graduation from Wake Forest, the trustees elected him as a tutor; and although he had begun to read law, his acceptance of this position determined his lifework. By 1881 he was an assistant professor of natural science and by 1883, a full professor of biology. Poteat introduced the laboratory method—as opposed to the recitation method—in the teaching of biology. He was the first person in the South to do this. Continuing to play a prominent role in the development of Wake Forest and Meredith colleges, he was elected president of Wake Forest College in 1905 and served until 1927—longer than any other president in the history of the college.

Poteat was a pioneer in the acceptance of the Darwinian theory of evolution. When the evolution controversy spread through the South in the early twenties, he became a focal point among Baptists and North Carolinians. He defended the teaching of evolution as the "divine method of creation" and believed that this perspective was in harmony with the fundamental tenets of the Baptists. Poteat helped to defeat the bill introduced in the state legislature in 1925 to prevent the teaching of Darwinism in North Carolina schools. 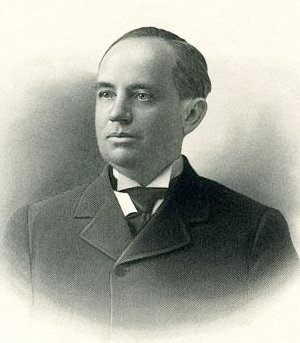 Shortly after his eighty-first birthday, Poteat was stricken with paralysis. Within a short time he was able to regain partial use of his limbs, but he died quietly at his home in Wake Forest. His funeral was conducted in the Wake Forest Baptist Church and burial was in the cemetery at Wake Forest.