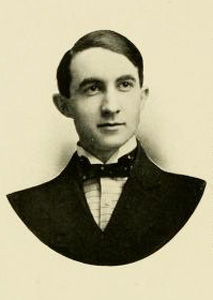 William Smith O'Brien Robinson, judge, lawyer, and Republican leader, was born in Lenoir County near White Hall (now Seven Springs) of Irish parentage. He was the son of John, a graduate of the University of Dublin where he became a professor of mathematics and elocution, and Margaret Dillon Robinson, of County Antrim, a devout Roman Catholic who converted her Presbyterian husband to that faith. Fearing that there was no more hope for Ireland, they emigrated in 1847 with two children to Lenoir County, where John and his brother William conducted a school that they moved in 1854 to the new town of Goldsboro, where it flourished as the Wayne Institute and Normal College. John named his first son born in this county William Smith O'Brien for the Irish patriot and revolutionary.

Young Robinson grew up on his father's plantation, Tara (named for the ancient seat of the Irish kings), three miles west of Goldsboro at present Belfast (later so named by Robinson for his mother's native county seat) and at his father's town house in Goldsboro. He and his younger brother, Joseph E., were educated at their father's school and under private tutors who grounded them in Latin and Greek. Then for seven years they had as their preceptor a priest of the Dominican Order.

Robinson's first job was as a railway mail messenger between Richmond and Wilmington, after which he studied law at Chief Justice Richmond Pearson's law school at Richmond Hill in Yadkin County. After being licensed in 1876, he practiced in Danbury for a year and then returned to Goldsboro, where he practiced for nearly fifty years. 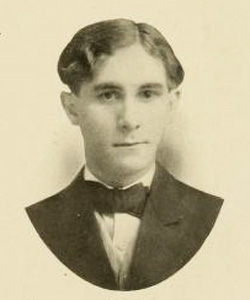 A dedicated Republican, he followed in the footsteps of his father who, with the coming of the Civil War, was a Unionist and later a Republican who vowed he would cut off his right arm before he would fight against the country to which he had pledged his allegiance. In 1880 Robinson was a presidential elector and led his ticket. From April 1882 to 1885 he was district attorney for the Eastern District of North Carolina. He also served as Republican national committeeman from North Carolina for many years and won his party's nomination for Congress in the Third Congressional District but withdrew from the campaign before the election.

In 1894 he helped engineer the fusion of the Populists and the Republicans and became the nominee of his party for judge of the superior court of the Sixth District. He defeated the Democratic incumbent, Judge William R. Allen, his close personal friend and neighbor. Robinson was the last elected Republican superior court judge in the state for many years.

At this time Josephus Daniels admitted that the Raleigh News and Observer was "severe on his political activities, always calling him 'Alphabet Robinson,'" which provoked the judge to refuse to speak to Daniels for some time, despite their former friendship and the intimate friendship between him and Daniels's brother, Judge Frank Daniels. Later, after cordial relations were restored, Josephus Daniels admitted that Robinson, in spite of his eccentricities, "was unlike any man I have known, with a charm that could not be resisted, even by his political foes."

In an appraisal of his eight years on the bench, in which he held court in all the districts of the state, his Democratic friend, Judge Daniels, wrote that Robinson demonstrated that he was grounded in the principles of the law and the decisions of the courts interpreting them, but that he resented the "fine spun decisions, the nice sharp quillets" employed by some judges who "beclouded their authoritative declarations of the law and obscured the gladsome light of jurisprudence." At the time of Robinson's death, the Greensboro Daily News wrote that he would best be remembered throughout the state for his remark that "no man should be allowed to sit on the Superior Court bench until he has served a term in the state penitentiary."

President William Howard Taft appointed him to the U.S. District Court for the Eastern District of North Carolina in 1909, but while the Senate was deliberating over his confirmation, Taft saw fit to withdraw his name and place in its stead Henry Groves Connor, a Democrat and close friend of Robinson's. Taft's decision was based on the fact that Robinson, while presiding over a murder trial in western North Carolina, had ordered the sheriff to go out and buy him a quantity of cotton. He promptly stuffed all he could get in his ears in protest against the strident and lengthy defense put up by one Elias Kope. The jolly tenant of the White House, according to the Greensboro Daily News, "literally laughed the Judge out of court."

Robinson married Grace Moseley of Halifax County, by whom he had three sons: William S. O'B., Jr., John Moseley, and Russell Marable. All three were graduates of The University of North Carolina and Columbia University Law School who became highly successful lawyers. His wife died in 1907, and on 26 Aug. 1914 he married Annie Williams Pierce, of Weldon, by whom he had one son, Blackwell Pierce.

Judge Robinson died at his home in Goldsboro. A devout Catholic, he was buried from St. Mary's Catholic Church, established by his and four other families, and on whose altar stood the crucifix brought over from Ireland by his father exactly eight decades previously. He was buried in Willow Dale Cemetery. His portrait hangs in the Wayne County courthouse.