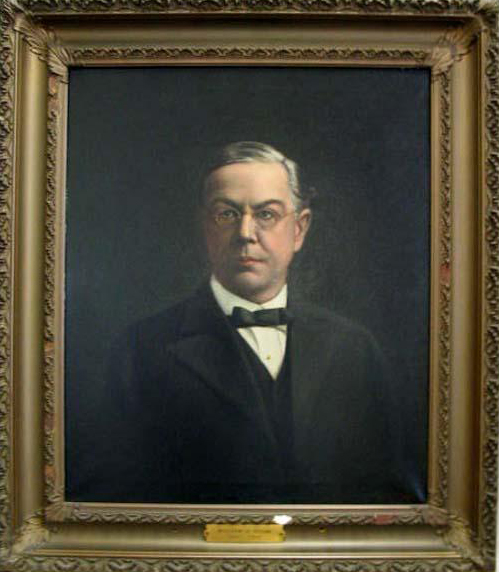 William Reynolds Allen, lawyer and associate justice of the North Carolina supreme court, was born at Kenansville, Duplin County. His father was William A. Allen, lawyer, state senator, and lieutenant colonel in the Fifty-first North Carolina Regiment during the Civil War; his mother was Maria Goodwin Hicks of Oxford.

Allen received his education at R. W. Millard's and Samuel Clements's schools in Kenansville and at Trinity College, 1876–77; he left Trinity at the end of his junior year and taught school for a year or two at Auburn in Wake County. Upon returning to Kenansville, he read law with his father and passed his bar examination in the spring of 1881.

Soon after entering into a partnership with his father, Allen moved with his family to Goldsboro. There, in 1884, he became a member of the firm of Faircloth and Allen. In 1889 he was the senior partner of the firm of Allen and Dortch (his colleague's father was William T. Dortch).

A confirmed Democrat, Allen was elected a representative to the General Assembly in 1893, 1899, and 1901. During these terms he was chairman of the Judiciary Committee and of the Committee on Railroads and Railroad Commissioners and was a strong advocate of the repeal of tax exemption for corporations in the state. He was coauthor of a bill dividing murder into two degrees, and he helped establish the North Carolina Corporation Commission.

Among the more controversial issues he supported was the establishment of suffrage upon a basis of universal educational requirements, with its "Grandfather Clause." During his last term of office, he was chairman of the board dealing with the impeachment of two judges, a cause célèbre of the time that arose out of conflicts in the shellfish industry. The result was an acquittal, but the airing was believed to have had a salutary effect.

During the years 1894 and 1903–11, Allen was a judge of the superior court and held hearings in every county of the state. He was elected an associate justice of the supreme court and took office in 1911.

Allen published his "Annotations" on court matters in the 164th Report for the bar and his "Tables of Cases, Overruled, Modified or Reversed" in the 171st issue of the same publication. The University of North Carolina conferred upon him the degree of LL.D., and in the summers of 1920 and 1921 he delivered a series of lectures before the university law school.

Judge Allen was a member of the Methodist Episcopal Church South, served on the board of trustees for the Methodist Orphanage in Raleigh, and was chairman of the board of education for Wayne County. On 3 Nov. 1886 he married Mattie M. Moore, daughter of Dr. Matt Moore and Martha Middleton Moore, the former a wealthy planter of Duplin County. Their surviving children were Mary Moore, William R., Elizabeth H. Roper, Oliver H., and Dorothy S. Duncan.

A portrait of the late Judge Allen was presented to the supreme court at a ceremony held on 6 Sept. 1922.