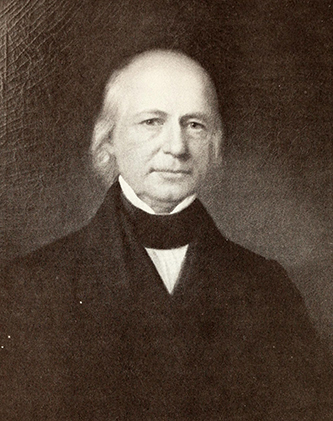 Ebenezer Pettigrew, planter, U.S. congressman, and state senator, was born near Edenton of Irish and Scottish ancestry, the son of the Reverend Charles Pettigrew, planter and first bishop-elect of the Protestant Episcopal church in the Diocese of North Carolina, and Mary Blount, of Mulberry Hill, wealthy sister of the Revolutionary patriot Colonel James Blount. His mother having died in childbirth (1786), he was reared by his stepmother Mary Lockhart (m. 1794) and, after the death of his older brother John in 1799, by a somewhat grim and ultraconservative father. Following a brief stay in the preparatory division of the new University of North Carolina (1795–97) and further study at the Edenton Academy, he was withdrawn from school by his father in 1803 to assume responsibilities at the plantation in Washington County.

Following his father's death in 1807, Pettigrew cared for his stepmother until her death in 1833 at Belgrade, the family plantation, and himself developed a second plantation and house, Bonarva, at Lake Phelps. His business flourished through fanatical hard work as he grew rice and wheat, cut lumber and shingles, and sold them in Baltimore, Philadelphia, New York, and occasionally Boston. While a bachelor he enjoyed traveling to visit his friends Thomas B. Haughton and James Iredell, Jr., at Princeton and his business associates in the larger cities; but following his marriage in 1815 to his cousin, Ann Blount Shepard of New Bern, he devoted his attention to his wife, his business, and his children. Always somewhat introverted and opposed to frivolity, he became even more so following the death of his wife in childbirth in 1830. The couple had nine children, of whom five lived to maturity: Charles Lockhart, William Shepard who entered the ministry, James Johnston who became a Confederate general and was killed in the Civil War, Mary Blount, and Ann Blount Shepard.

Pettigrew, always a conservative, was elected to the state senate for two terms (1809–10) and to the U.S. Congress (1835–37) as a Whig, defeating the Jacksonian incumbent Thomas H. Hall. His political career was undistinguished, his melancholy demeanor and taciturnity unfitting him for politics. As a planter he was more successful. In addition to Belgrade and Bonarva, he developed a third plantation, Magnolia, all in the same vicinity. Lands, books, houses, cash, and over ninety slaves at the time of his death amounted to a substantial sum. In spite of his accumulated wealth, he lived simply and condemned the fashionable follies of the Josiah Collins family at adjoining Somerset plantation.

Pettigrew was buried in the family cemetery. The two vast collections of family papers reveal in minute detail the social mobility of four generations of Pettigrews, concluding with the final collapse of their position after the Civil War destroyed the slave-based plantation system.

John and Ebenezer Pettigrew to Charles Pettigrew, May 4, 1795. Documenting the American South, University of North Carolina at Chapel Hill. https://docsouth.unc.edu/true/mss01-01/mss01-01.html (accessed May 30, 2013).