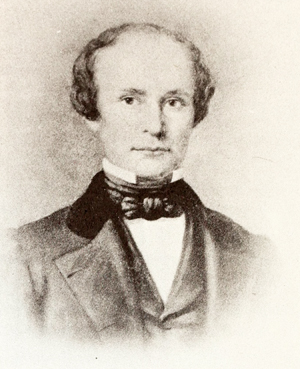 William Shepard Pettigrew, planter and clergyman, was born at Bonarva plantation on Lake Scuppernong (now Lake Phelps) in Tyrrell County, the son of Ebenezer and Ann Blount Shepard Pettigrew. He was the older brother of James Johnston Pettigrew and the grandson of the Reverend Charles Pettigrew, first bishop-elect of the Protestant Episcopal church in North Carolina.

Pettigrew received his preparatory schooling at Hillsborough Academy. He attended The University of North Carolina from 1834 to 1837, studied law, and was awarded the A.M. degree in 1838. In 1837 he settled in Washington County at Belgrade, one of the Pettigrew plantations that was given to him on his twenty-first birthday by his father. Magnolia plantation, in nearby Tyrrell County, was a bequest to Pettigrew on his father's death in 1848. Pettigrew remained a planter on Belgrade and Magnolia plantations until Federal occupation of his home counties in 1863. Due to his poor health, summers during the planter years were often spent at the Virginia hot springs. During these and other absences he left the management of the plantations to two Negro slave foremen, Moses and Henry. Correspondence between Pettigrew and the foremen through a white intermediary is included in the Pettigrew Family Papers in the Southern Historical Collection at Chapel Hill.

A member of the North Carolina Secession Convention, Pettigrew was a former Whig who had opposed secession but became a secessionist when Abraham Lincoln issued his call for troops. Pettigrew joined the Senior Reserves of Edgecombe County in 1864. After the war he returned to the plantations and engaged for several years in various tenant arrangements that proved unsuccessful due largely to the depressed economy. He was ultimately forced to sell both plantations to pay his mounting debts and taxes.

On 31 Jan. 1869 Pettigrew was ordained a deacon in the Protestant Episcopal church at St. James's Church in Wilmington, and for a short time he officiated at St. David's Church in Scuppernong, where he had been a lay reader for two years. On 12 June 1870 Pettigrew was ordained a priest at St. James's Church, and in the same year he became rector of the Church of the Holy Innocents in Henderson and of St. John's Church in Williamsboro. In 1878 he resigned from the Henderson church and accepted the parish of the Chapel of the Good Shepherd in Ridgeway. He took over a mission at Middleburg in 1884 and served it, as well as the Williamsboro and Ridgeway parishes, until his death.

Pettigrew never married; a courtship disappointment at age twenty-seven permanently confirmed him in bachelorhood. He died at age eighty-one at the rectory in Ridgeway and was buried the following day in the near-by churchyard.