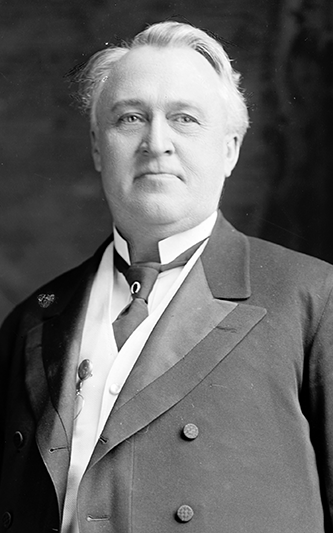 Lee Slater Overman, lawyer, legislator, and U.S. senator, was born in Salisbury, the son of William H. and Mary E. Slater Overman. He was educated in the private schools of Salisbury and at Trinity College, from which he was graduated in 1874. For the next two years he taught in Winston at one of the state's first public schools. In 1876 Trinity awarded him a master of arts degree.

Overman worked in the 1876 gubernatorial campaign of Zebulon B. Vance and after the election became Governor Vance's private secretary. Following Vance's departure for the U.S. Senate two years later, Overman stayed for one year as private secretary to Governor Thomas J. Jarvis.

While working for Vance, Overman read law under J. M. McCorkle of Salisbury and Richard H. Battle of Raleigh. He was admitted to the North Carolina bar in 1878 and won his first case the following year before the North Carolina Supreme Court. Returning to Salisbury in 1880, he opened a law office and became president of the Salisbury Savings Bank.

Overman supported the Prohibition amendment in the statewide referendum of 1881. The next year he was elected to the state house of representatives. Reelected in 1884, 1886, 1892, and 1898, he served as speaker of the house for the 1893 session. Overman favored discontinuation of state aid to railroads and in 1895 was instrumental in the leasing of the North Carolina Railroad Company, of which he had been made president in 1894, to the newly formed Southern Railway Company. He served as a presidential elector for the state at large in 1900 and was president of the state Democratic conventions of 1900 and 1901.

As the Democratic caucus's candidate for U.S. senator in 1895, Overman lost to Jeter C. Pritchard, the nominee of the Republicans and the Populists. The state legislature appointed Overman to succeed Pritchard in 1902. He was reappointed in 1909, elected in 1914, and reelected in 1920 and 1926. In 1914 he was the first U.S. senator from North Carolina to be elected by popular vote.

Although a political conservative, Overman supported most of the measures of the Wilson administration, including the Federal Reserve Act, the income tax law, and federal assistance to farmers. He wrote and sponsored the Overman Act of 1918, which gave the president extraordinary powers to coordinate government agencies in wartime. During Woodrow Wilson's terms, Overman served as chairman of the Joint Inaugural Committee and chairman of the Rules Committee (1913), was acting chairman of the Judiciary Committee, and was a ranking member of the Appropriations Committee. He was chairman of a committee to examine the activities of Capitol Hill lobbies in 1913 and chaired investigatory subcommittees on German and Bolshevist propaganda in 1918 and 1919. Overman also worked for the creation of a Department of Labor and for passage of the Clayton Anti-Trust Act. He favored the extension of foreign trade and consistently opposed pork-barrel legislation. Through Josephus Daniels, President Wilson persuaded Overman to cast the deciding vote for the confirmation of Louis D. Brandeis for the U.S. Supreme Court.

According to suffragists Carrie Chapman Catt and Nettie Rogers Shuler, Overman "sounded the keynote" of the southern resistance to woman suffrage. Based on his concern that a deleterious effect of the woman suffrage movement would be the extension of the Fifteenth Amendment to illiterate black women and his belief that woman suffrage should be a state—rather than a federal—decision, Overman was uncompromising in his opposition to the amendment.

In the presidential campaign of 1928 Overman supported Alfred E. Smith, but North Carolina's electoral votes went to Herbert C. Hoover, the Republican candidate. The bitter fight among North Carolina Democrats that year over the Smith candidacy saw Overman and the senior senator from North Carolina, Furnifold M. Simmons, on opposite sides of the issue. 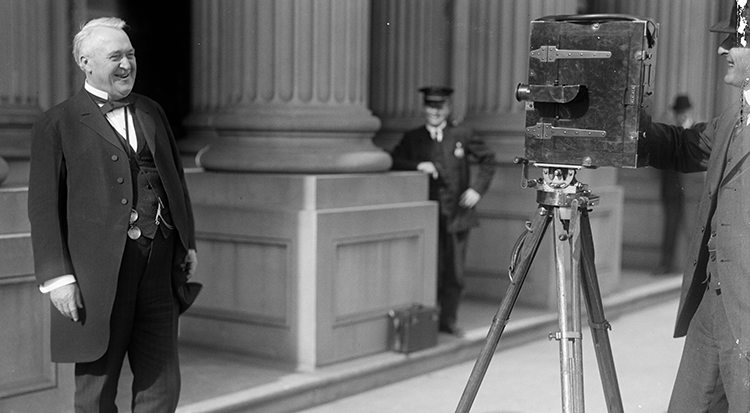 During his almost twenty-eight years on Capitol Hill, Overman served on sixteen standing committees. He was a noted constitutional authority and was known in the Senate as the "grand old man of the South." In Senate eulogies he was characterized as "dignified, courtly, and courteous" and "unyielding on a question of principle." At the time of his death, he was tied for second in seniority in the Senate behind Simmons.

A lifelong Methodist and friend of public education, Overman served on the board of trustees of Duke University and The University of North Carolina. Both schools awarded him an honorary LL.D. degree, as did Davidson College.

On 31 Oct. 1878 Overman married Mary Paxton Merrimon, the daughter of Augustus Summerfield Merrimon, a U.S. senator and chief justice of the North Carolina Supreme Court. They had three daughters: Margaret Gregory, Kathryn Hambley, and Grace Snow. Another daughter and a son died in infancy.

Overman died at his apartment in Washington's Shoreham Hotel after suffering a stomach hemorrhage. As he had requested, the funeral service was conducted in the chamber of the U.S. Senate. Burial was in Chestnut Hill Cemetery, Salisbury.