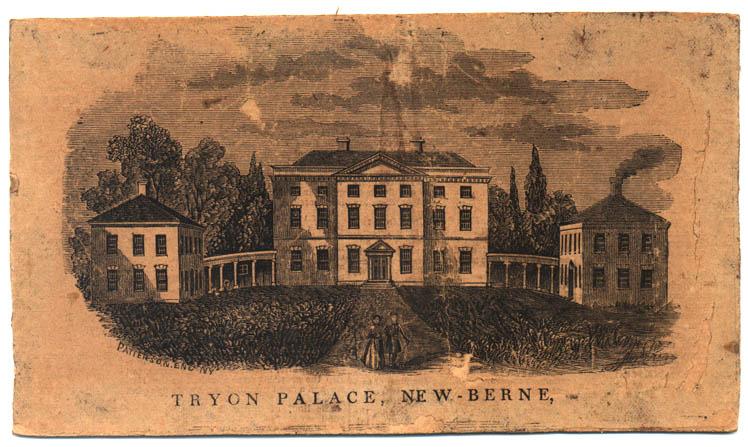 Archibald Neilson, Loyalist official and merchant, was a friend and associate of Governor Josiah Martin, Janet Schaw, Andrew Miller, James Iredell, and Samuel Johnston. It is believed that he was born into a gentry family in Dundee, Scotland, the home of Governor Gabriel Johnston and his brother Samuel. Little is known of his early life except that he was employed by a Mr. Grenville in the West Indies. (If this is a reference to George Grenville, Neilson's employment could have been about 1765.) While in the West Indies, he may have met the Martin family. In 1788 Neilson wrote John Wilmot: "I had long been honored with the particular friendship of the deceased Governor Martin on his being appointed to the government of North Carolina and, as I was at that time a young man without fixed line of employment, he in warmest and most friendly manner invited me to join him in his province. I accordingly joined him and lived with him in the most confidential manner. I was, so far as consisted, privy to the measures of his government, in forwarding many of which he did me the honour of calling on my services."

Neilson arrived in the province in 1771 and lived at various times in the governor's palace at New Bern; he also worked as a merchant trader, probably in Edenton. He owned two houses and some furniture and books, as well as enslaved two people, all of which he had to leave behind when he left the colony during the early months of the American Revolution. His valet was humiliated and forced to abide by the rules set by the Wilmington Safety Committee.

Although no record has been found indicating where Neilson was educated, his correspondence reflects his erudition, the vigor of his thought, and his comprehension of government and human nature. Griffith McRee concluded that Neilson was "undoubtedly, one of the most highly cultivated men of his day and region, and though an adherent of government, highly esteemed by [James] Iredell and [Samuel] Johnston." Neilson declared to Iredell that he was a friend of liberty and just authority but an enemy of anarchy.

When Governor Martin named Neilson as clerk of the courts, the Assembly contested the appointment. The governor also gave him an agency for the Granville Grant. In January 1775, on the death of the deputy auditor, Isaac Edwards, Martin appointed Neilson to that office. In October, when it was learned that Samuel Johnston, the naval officer, had accepted the post of moderator of the Provincial Congress, Martin suspended Johnston and gave Neilson his place. Despite the honor of these offices, Neilson never realized any of the emoluments because the progress of the American Revolution had destroyed the value of both of these offices.

As the Revolution accelerated after Martin dismissed the last royal Assembly, Neilson was a source of strength and help to the governor. In May 1775 he arranged for a ship to take Mrs. Martin and the children to the safety of her father's estate on Long Island. Shortly afterwards, Neilson and Martin left the palace in New Bern and rode in a coach through open country to Cross Creek and then down the Cape Fear River to Fort Johnston near Wilmington. Later Neilson joined the governor on the Cruizer. He served the governor in several ways, including as a personal secretary. He remained aboard the Cruizer until 10 Nov. 1775, when he left for England on the George with Janet Schaw and the John Rutherfurd children, Frances, John, Jr., and William Gordon, who were going to Scotland to attend school.

Miss Schaw recorded in her journal some of Neilson's activities during the summer and autumn of 1775 and their voyage to Portugal and England. She noted that Neilson had seen much of the world and that he was highly educated and conversant with many languages.

In January or February 1776 Neilson went to London and applied for a commissaryship or a similar post with the British army in North America. His application was turned down, but when he offered to go to New York as a volunteer, the Treasury granted him a temporary relief. A crisis developed when Neilson's brother died in Dundee, for Neilson was obliged to return home and assume responsibility for an aged mother, two sisters, a sister-in-law, and nine minor children. He renewed his profession as a merchant to supplement the income from the family lands and remained in Dundee for the rest of his life.

Neilson's name appears in fugitive correspondence about trade and in the records of the . In 1783 he was awarded a yearly allowance of sixty pounds, which he received regularly until his death. He never married.