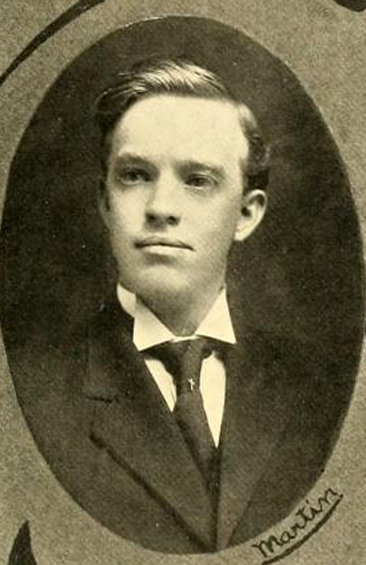 John Sanford Martin, newspaper editor, better known under the pen name Santford Martin, was one of nine children of Asbury Jackson and Victoria Brown Martin. His father was a teacher and later superintendent of public schools in Yadkin County. His younger brother, LeRoy Brown Martin, was an officer of Wachovia Bank and Trust Company in Raleigh, executive secretary of the State Board of Equalization (1927–35), and secretary of the state Democratic executive committee (1944–48).

Born in Hamptonville, Martin attended the Yadkinville Normal School and Wake Forest College, where he was graduated in 1909 and completed the law course the following year. Though admitted to the North Carolina bar, Martin accepted employment in 1910 as a reporter for the Winston-Salem Journal. In 1912 he was made editor of the paper, and in 1927 he also became editor of the Twin-City Sentinel. Martin considered himself a liberal Democrat and at least through the mid-1930s used his editorial influence in support of the liberal wing of the Democratic party both in North Carolina and nationally. When Owen Moon sold the Winston-Salem papers to the more conservative Gray family in 1937, Martin, contrary to his expectations, was retained as editor. Thereafter he became less active politically. His interests turned increasingly to education and the need for improvement in the state's public school system. Martin remained editor of both papers until 1952, and from 1952 until his retirement in 1954 he was editor of the Sunday Journal-Sentinel editorial page.

During his career as an editor, Martin held a number of appointive positions in state government. He served as private secretary to Governor Thomas W. Bickett from 1917 to 1921 and afterwards compiled Bickett's public papers and letters for publication. From 1917 to 1918 he was North Carolina state director of the Four-Minute Men, a volunteer organization of men prepared, at a moment's notice, to give a four-minute speech on the necessity of buying war bonds during World War I. In 1921 he was appointed by Governor Cameron Morrison to the North Carolina Fisheries Commission and in 1926 by Governor A. W. McLean to the State Board of Conservation and Development. He served as a member of the latter board until 1943 and as its chairman from 1941 to 1943. In 1943 Martin was appointed to the State Board of Education, and in 1955 he was also named to the newly established State Board of Higher Education. Ill health caused him to resign both positions in 1956.

In 1910 Martin married Ava Michael Poole. They had two children: Edwina Martin Crowther and Santford, Jr. Martin was a member of Brown Memorial Baptist Church, Winston-Salem, where he taught a men's Sunday school class for more than twenty-five years. He served on the board of directors of the Biblical Recorder and as a trustee of the North Carolina Baptist Hospital and Campbell College. He was a Mason and a member of the Winston-Salem Kiwanis Club, the International Press Institute, and the American Society of Newspaper Editors. In 1918 Martin served as president of the North Carolina Press Association. In 1942 he received the association's annual award for the best editorial written in the state. He was granted honorary degrees from Western Carolina College in 1954 and Wake Forest College in 1956.

Martin died in Winston-Salem and was buried at Forsyth Memorial Park.