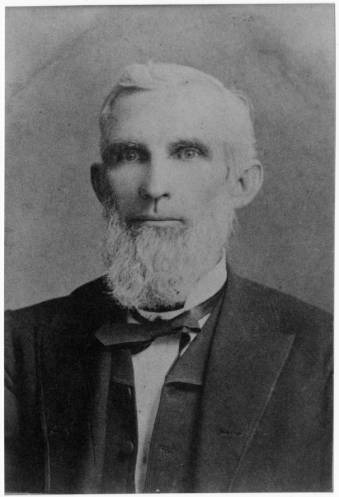 Adolphus Williamson Mangum, Methodist minister and educator, was the youngest of eight children of Ellison Goodloe and Elizabeth Harris Mangum. He was born at Locust Grove, the family home on the Flat River near Rougemont in Orange (now Durham) County. His father was the cousin of Willie Person Mangum, congressman and later U.S. senator. Mangum attended South Lowell Academy and Randolph-Macon College, then in Boydton, Va., where he was graduated with highest honors in 1854. His college letters to his parents amply illustrate that he was a pious and serious student with a strong inclination for the ministry.

In 1856 Mangum became a junior preacher in the Hillsborough Circuit and during 1858–59 was pastor of the Methodist church in Chapel Hill. Ordained by Bishop Robert Paine of the Methodist Episcopal Church, South, on 8 Dec. 1860, Mangum was appointed pastor of the Roanoke Circuit and after one year was transferred to Salisbury. Late in 1861 he joined the Sixth North Carolina Regiment, which he served as chaplain. After seeing action at the Battle of First Manassas, Mangum brought home the body of his cousin, William Preston Mangum, and did not return to the battlefield.

Settled once again in Salisbury, Mangum ministered to the Union soldiers in the Confederate prison and was appalled at conditions there. His account of his experiences, though never published, provides an excellent picture of life at Salisbury Prison.

From 1863 to 1865 Mangum was pastor of the Methodist church in Goldsboro, and during 1866 he was a circuit rider in Orange County. In 1867 he journeyed north as a fund-raiser for the Greensboro Female College but returned to Orange County in 1868 to nurse his father through his last illness. During 1870 and 1871 Mangum served churches in Greensboro and Charlotte, and from 1872 to 1875 he was pastor of the Edenton Street Methodist Church in Raleigh. He received a doctor of divinity degree in 1879.

When The University of North Carolina reopened in 1875, Mangum was appointed to the faculty as professor of mental and moral science, history, and English language and literature. He also preached occasionally in the local churches. President Kemp Plummer Battle, a contemporary of Mangum, characterized him as a "man of warm and generous emotions, exceedingly kind to his students."

On 24 Feb. 1864 Mangum married Laura Jane Overman, of Salisbury, the sister of U.S. Senator Lee Slater Overman. Between 1865 and 1876 they had five children: Ernest Preston, Mary Elizabeth (Mrs. N. H. D. Wilson), Juliet LeRoy, Charles Staples, and Adolphus Williamson, Jr. Charles S. Mangum became a professor in The University of North Carolina School of Medicine and was a founder of the School of Public Health.

Mangum was the author of two volumes of poetry, Myrtle Leaves or Tokens at the Tomb (1858) and Safety Lamp (1866). One of his sermons, "Hindrances of the Gospel," was included in a compilation of Southern Methodist sermons, and a short essay, "Boys," appeared in an 1887 anthology of recitations and declamations entitled The North Carolina Speaker. He also wrote The Introduction of Methodism into Raleigh, N.C. (1876), Sermon (1881), and Your Life Work (1884).

While attending a church conference in New Bern in the summer of 1889, Mangum suffered a stroke. He returned to Chapel Hill to teach in August, but poor health forced him to retire shortly afterwards. He lapsed into a coma on 10 May 1890 and died two days later. A memorial address was given at the university by Josephus Daniels, who in his youth had been a frequent guest in the Mangum home on Rosemary Street in Chapel Hill (now known as the Betty Smith House). Mangum was buried in the old Chapel Hill Cemetery, where his marker was inscribed: "In all thy ways acknowledge Him, and He will direct thy paths."