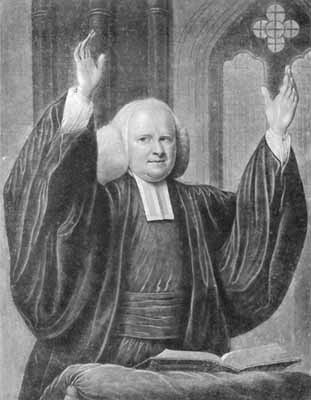 Circuit riders were itinerant preachers who traveled from place to place ministering to the spiritual needs of the people. The term came to be synonymous with Methodist preachers, followers of the teachings of John Wesley, who had begun the Methodist movement in eighteenth-century England as a way of bringing reform to the Church of England.

In the geographical area of North Carolina, there were many famous itinerant preachers who left their mark. The nationally and internationally known evangelist George Whitefield preached in the eastern towns of New Bern (1739) and Bath (1748). Other itinerants with denominational ties such as Charles Woodmason (Anglican) and Francis Makemie (Presbyterian) traveled from place to place in North Carolina and other states establishing congregations. It was the Methodists, however, who brought new order to the idea of itinerancy, with preachers, or circuit riders, as they came to be known, assigned to a specific area of parishes, called "circuits." The minister "rode the circuit" by traveling from community to community and from church to church within his appointed area.

Under the leadership of the American bishop Francis Asbury, the circuits became the basic organizing unit of the Methodist movement in North Carolina and throughout America. Asbury himself was probably the greatest of the Methodist circuit riders. From 1771 to his death in 1816, he rode some 228,000 miles throughout the country. Asbury visited many of the established Methodist preaching places in North Carolina.

The Brunswick Circuit, formed in 1774 and served by the Reverend Robert Williams, was the first Methodist Circuit that included North Carolina in its boundaries. The Carolina Circuit (1775) was served by three circuit riders. It was probably the first circuit to be formed completely within the geographical bounds of the state, although the exact boundaries of the circuit are not known.

As the population moved westward, so did the circuit riders. Other circuits that were formed as part of this westward movement in North Carolina were the Yadkin Circuit (1780), the Salisbury Circuit (1783), and the Lincoln Circuit (1790). By 1802 the Methodist Church in North Carolina had 200 circuits and 358 itinerant preachers appointed to minister to its 86,734 members.

With the invention of more modern modes of transportation and increased population density, the old-time circuit rider, who covered a large territory on horseback, became a thing of the past. Increasingly, ministers were appointed to much smaller, more densely populated areas and thus were able to take up residence in the communities that they served.