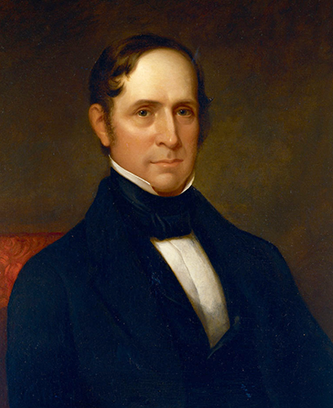 Willie Person Mangum, lawyer, judge, congressman, and U.S. senator, was born at Red Mountain in a part of northeastern Orange County that became Durham County in 1881. The son of William Person and Catharine Davis Mangum, he received his earliest education at academies in Hillsborough, Fayetteville, and Raleigh. Graduated from The University of North Carolina in 1815, he became a tutor in the family of Judge Duncan Cameron at the same time he was studying law under the judge. In 1817 he began the practice of law. The University of North Carolina granted him the customary master of arts degree in 1818 and awarded him an honorary LL.D. degree in 1845. He was a trustee of the university from 1818 to 1859.

In 1818 and 1819 Mangum began a long career of public service when he represented Orange County in the General Assembly for two terms. As an advocate of constitutional reform, he won many friends in the western part of the state. He was elected a superior court judge in 1819 but resigned the next year because of financial needs. Between 1823 and 1826, as a member of the Republican party (which evolved into the later Democratic party), he served most of two terms in Congress but resigned for political reasons before completing the second; he was then reappointed to the court by the governor to fill an unexpired term but was not reelected by the legislature. In 1828 Mangum was a Jackson elector as well as a candidate for the U.S. Senate, but he withdrew his candidacy before the election. Instead, he was elected a judge of the superior court but once more resigned after a year.

Apparently still seeking a satisfactory place in public life, he was elected by the General Assembly, as was then the practice, to the U.S. Senate and served from 4 Mar. 1831 until he resigned on 26 Nov. 1836. In 1837 he received the electoral votes of South Carolina for president of the United States, perhaps as a reward for his sympathetic attitude towards that state's stand in the Nullification controversy even though he himself was opposed to nullification. Nevertheless, Mangum on occasion expressed clear states' rights sentiments. 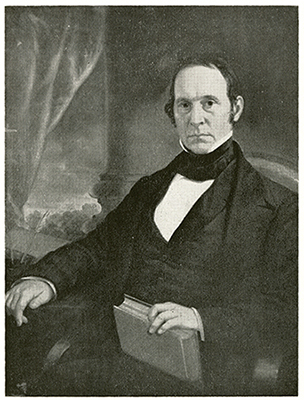 Political issues were splitting the old Republican party, and among them was the question of the authority of state legislatures to instruct senators as to how they should vote. This and other questions led Mangum to resign from the Senate, and he soon joined the new Whig party. In 1840, in the interim between service in Washington, D.C., Mangum was a member of the state senate. As chairman of the committee on education, he played an important role in preparing legislation that established the public school system of North Carolina. In the same year he was named to succeed his adversary and fellow senator, Bedford Brown; thereafter, he was regularly returned to Washington, serving in the Senate from 1840 to 1853. He was an active member of many important committees including Finance, Foreign Relations, and Judiciary, and he was chairman of the committee on naval affairs. Following the death of President William Henry Harrison and the advancement of John Tyler to the presidency, Mangum was president pro tempore of the Senate from 31 May 1842 to 4 Mar. 1845. On a number of occasions his name was mentioned as a candidate for president or vice-president, and in 1852, because of the political climate in North Carolina, he declined the Whig nomination for vice-president.

Declining health led Mangum to retire to his home, Walnut Hall, at Red Mountain, but he continued to practice law as long as he was able. Many of his business affairs during his years of public service had been ably managed by his wife and one of his daughters.

In 1819 Mangum married Charity Alston Cain, and they became the parents of five children: Sallie Alston, Martha Person, Catharine Davis (who died in infancy), Mary Sutherland, and William Preston. The latter, a lieutenant with North Carolina troops, died on 28 July 1861 at age twenty-four from wounds received at the first Battle of Manassas. The loss of his son so distressed the elder Mangum that his health worsened and he died soon afterwards. He was buried in the family cemetery at Walnut Hall.