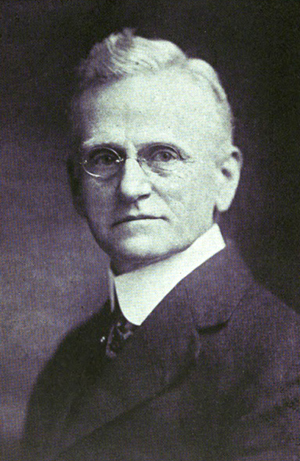 Thomas Neal Ivey, Methodist minister, editor, and educator, was born in Marion, S.C., the third child of the Reverend George Washington and Selina Neal Ivey. George Washington Ivey was a circuit rider of the Methodist Episcopal church for fifty-two years, most of the time along the Catawba River in Piedmont North Carolina. By choice he rode the circuit, preferring rural charges to the better city appointments, but few ministers of his time were better known or more respected than "Uncle Ivey." His five sons all excelled in their widely different fields. William, the oldest, was a physician in Lenoir; Eugene, the youngest, was an early electrician in the same town; Joseph Benjamin was the founder of Ivey's department store; George Franks was a Hickory manufacturer, best known as the founder of the Southern Desk Company.

Thomas Neal, the second son, grew up in Methodist parsonages and spent his more formative years in Lenoir, a place he never forgot. He was educated at Finley High School, an academy in that town, where Captain W. C. Fawcette was principal. In 1879 he was graduated from Trinity College (later Duke University), then situated in the corner of Randolph County next to High Point. Trinity awarded him the M.A. degree in 1882 and the doctor of divinity degree in 1897; in 1920 he was made an alumnus member of Phi Beta Kappa.

The eight years following his graduation were spent in school teaching and administration—at River Bend in Lincoln County, at Shelby as assistant principal, at Brevard, and at Oak Institute in Mooresville as principal. At Oak Institute, a Methodist academy, Ivey acquired a reputation as a strict disciplinarian and "a good school man." Also during this period he married Lenora Dowd on 7 Aug. 1883.

At the conference of 1896, he was appointed co-editor of the North Carolina Christian Advocate, along with Leonidas W. Crawford from the Western North Carolina Conference. Late in 1893 that periodical had been organized at Greensboro by merging the Raleigh Christian Advocate and the Western Christian Advocate, published in Asheville. Although the merged paper was owned by a stock company rather than the conferences, both conferences gave it their support and appointed an editor. Just the summer before, Crawford had bought a controlling interest in the stock company and was already at work as editor.

Such an organization had its weakness. The North Carolina Conference was acutely conscious that the stock company relieved it not only of financial responsibility but also of control over editorial policy. The "double-barrelled" editorial arrangement did not work. At the time the state was being rocked by the Kilgo-Clark controversy over the support of higher education and the attendant Gattis-Kilgo lawsuit. Each of the editors had his own editorial pages and used them to full advantage, with Ivey supporting John Carlisle Kilgo, the president of Trinity College, and Crawford numbered among his opponents. Instead of unifying the two conferences, the paper became divisive. At the end of two years, the North Carolina Conference bought half the stock and subscription lists, and reestablished the Raleigh Christian Advocate, with Ivey as editor.

It was as editor of the Raleigh Christian Advocate, from 23 Feb. 1899 to 1910, that Ivey did his best work, raising the paper's circulation from 2,500 to 7,500. Besides his general editorial excellence, two facets of his work stand out. In 1902 he published the first North Carolina Methodist Handbook and Almanac, which he changed in 1906 to the Southern Methodist Handbook. It appeared every year—except one during World War I—until his death in 1923, long after he had left the Raleigh Advocate. The other significant contribution was his publication of the Bildad Akers letters. In early 1903 letters began finding their way into the Advocate from one Bildad Akers, letters with spelling and grammar far below Ivey's standard but with a homespun philosophy that was Ivey at his best. The best of these were published in 1908 in a volume entitled Bildad Akers—His Book. In 1910 the General Conference elected him editor of the Christian Advocate, the general organ of the church published in Nashville, Tenn. Reelected three times, he held the position until his death.

Beginning in 1898, Ivey was a delegate to every General Conference of the Methodist Episcopal Church, South, as long as he lived. In 1911 he was a delegate to the Ecumenical Methodist Conference, and at one time he was vice-president of the Federal Council of Churches. He also served on the first commission for the unification of Methodism as a strong advocate of union.

About 1920 Ivey's health began to fail and his doctor prescribed golf. He died three years later, ironically, on a golf course in Nashville. He was buried in Raleigh, the city that had been more home to Ivey and his family than any other.

Plyler and Alva Washington, Men of the Burning Heart (1918).

A History of Tennessee and Tennesseans: The Leaders and Representative Men in Commerce, Industry and Modern Activities, Volume 5. Chicago: Lewis publishing Company, 1913. 1486-1487. http://books.google.com/books?id=SzkVAAAAYAAJ&pg=PA1486#v=onepage&q&f=false (accessed May 14, 2014).