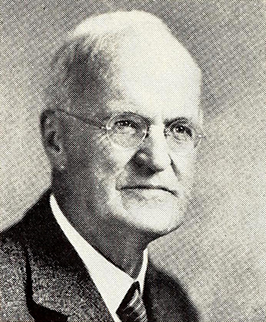 Joseph Benjamin Ivey, merchant and churchman, the fifth child of George Washington and Selina Neal Ivey, was born in Shelby of English and German ancestry. He was the brother of George Franks Ivey. His father, reared in Stanly County, was a beloved and prominent minister in the Methodist Episcopal Church, South, who served pastorates in South Carolina and in west central North Carolina from 1851 until his death in 1902. His mother was raised in McDowell County.

At age seven Ivey began his formal education at the public school in Morganton but, due to the form of discipline administered by the teacher, was soon transferred to a private school. In Lenoir he was a pupil in the preparatory department of Davenport Female College. In 1876 he entered Finley High School, a private institution. Two of his fellow students were the sons of Governor Zebulon Vance. When the family moved to Denver, he attended Denver Seminary under the tutorage of Professor D. Matt Thompson. Ivey later said that Thompson and his wife influenced the shaping of his life more than any others except his parents. After leaving Denver Seminary in 1860, he did not pursue further education because of poor eyesight. Although this condition was blamed on measles contracted in Lenoir, myopia was actually responsible.

In his last year at Denver, Ivey published a penprinted school paper, "The Denver Seminary Gazette." As the years passed, writing became an avocation and he contributed numerous pieces—polemics, human interest stories, accounts of his travels (of which there were many), and so forth—to local newspapers and other publications. In 1941 he published My Memoirs.

In 1880 his father was appointed to another pastorate and the family left Denver. It was decided that young Ivey, having served as a carpenter's helper, would learn the carpenter's trade. He was apprenticed to a carpenter and cabinetmaker in Lenoir, but left after six months. A friend of the family recommended him to Captain L. J. Hoyle, of Belwood in Cleveland County, who offered him a job in his country store. At first Ivey took little interest in the work and was, according to his own estimate, an indifferent clerk. But after a year or so he changed his mind and decided he would become a merchant. This was the turning point in his career.

At that time merchants had no set price for their merchandise; they sold goods for what they could get. Ivey persuaded Hoyle to establish the one-price system—one price to everyone. Those who wanted to buy "on time" paid a small additional charge for the service. This innovation proved to be popular.

After four years at Belwood, Ivey obtained employment in a store in Newton where he remained about eight months. Seeking better wages, he then went to work for a store in Hickory. One day one of the owners told him that his services were no longer needed, observing that in his opinion Ivey could never become a merchant! When Captain Hoyle heard he was out of work, he offered him a half partnership in his store and a salary if he would return. Ivey went back to Belwood in July 1885 and again introduced new methods of merchandising. That fall he had a one-day sale. To draw the crowds, he employed a brass band and there was a hot-air balloon ascension. Merchandise was displayed on tables outdoors. The sale was a big success. Another time he had an auction. The store also took on new lines, including an agency for buggies.

Ivey stayed at Belwood until the spring of 1893, when he accepted the offer of S. B. Tanner to take charge of the dry goods department of the Henrietta Mills store in Rutherford County. After a few years as a successful manager he concluded that his future lay in having his own mercantile business in a city. In February 1900 Ivey opened a store at 231 North Tryon Street in Charlotte. At the end of the year he bought a business at 13 West Trade Street and moved his store there, and in the fall of 1914 he moved again to 13–15 North Tryon Street. Still another move was made in 1924 to the present location on the southwestern corner of North Tryon and Fifth streets. (The storehouse and land are owned by the company.) By 1940–41, when the building was enlarged as far as Church Street, J. B. Ivey & Company had become the leading store in Charlotte for quality merchandise.

In 1937 a branch store was opened in Asheville, and later a branch appeared in Greenville, S.C. More stores followed in other locations. Ivey was fortunate in those who worked with him. In 1904 David Owens became his lifelong associate. In 1929 W. T. Buice joined the firm as merchandise manager, a post he held until his death in 1951.

Ivey was an active member of the Methodist church throughout life. While at Denver Seminary, at age fourteen, he taught the next Sunday's Sunday school lesson to the primary children on Friday afternoon. In Hickory the seventeen-year-old was active in the Sunday school of which his brother, Will, was superintendent. At age eighteen he became a lifelong tither. At twenty-one he was superintendent of the Kadesh Sunday school at Belwood. In Henrietta he led the movement to secure a full-time pastor. Ivey continued to teach Sunday school classes for many years and was the Sunday school superintendent in several other churches. For a number of years he was president of the North Carolina Sunday School Association. Ivey was a delegate from the Western North Carolina Conference to the General Conferences of 1926, 1934, 1938, 1940, and 1944, and to the United Conference in 1939. A variety of religious and cultural programs received his financial support.

Ivey believed that business should not be conducted on Sunday. Following the lead of John Wanamaker, he did not advertise his merchandise on Sunday and had the shades drawn on the show windows on Saturday night. His personal habits were exemplary. He did not use tobacco and early in life made a pledge to abstain from the use of alcoholic beverages. He loved flowers and cultivated them in variety and quantity at his home in Charlotte and his summer home at Lake Junaluska.