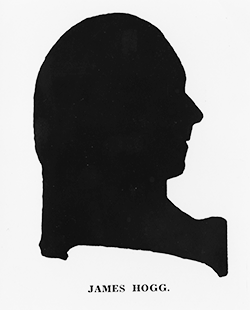 James Hogg, planter, merchant, and university official, was born in East Lothian, Scotland, one of six children of Gavin and Helen Stevenson Hogg. Nothing is known of his early life, education, or career. In 1764 he married McDowal Alves, the daughter of Alexander and Elizabeth Ingles Alves, and five years later moved to Borlum, near Thurso, in the parish of Reay, Caithnesshire. Hogg rented a farm, and the family prospered and became respected members of the community. That success would be short-lived. Conditions in mid-eighteenth-century Scotland were extremely troubled; the dislocation—economic, political, and social—was complete. With the decline of the linen industry and the development of sheep raising, huge numbers of people were thrown out of work and forced to roam the countryside or squat on the land of others.

Hogg complained bitterly that the country was being overrun by vandals and gangs, and that the land was no longer safe for his wife and children. Matters came to a head in 1771 when he discovered a shipwreck near his farm. The beleaguered captain was putting up an ineffective defense against the onslaught of looters when Hogg came to his assistance. The attackers were run off but Hogg paid dearly for his gallantry. Shortly afterwards, a band of ruffians descended upon his house, attempted to murder him, and burned his home to the ground.

Hogg had had enough. In 1772 his brother Robert visited the family in Scotland from Wilmington, N.C., where he had lived since 1756. With his brother's help, James made ready for the voyage. He contracted a vessel and organized 280 emigrants to undertake the passage to America. After several delays, the group arrived in Wilmington in 1774. His brother had purchased a 1,160-acre farm for him near Hillsborough along the Eno River, but Hogg elected to settle first in Cross Creek where he became a partner in the mercantile company operated by Robert Hogg and Samuel Campbell of Wilmington.

After a year, Hogg moved to Hillsborough to open the company's office and take up residence at Old House on his land east of town. Also in 1775 Hogg became a member of the Transylvania Company, a large-scale land speculating venture conceived by Judge Richard Henderson. As the proprietors struggled in Kentucky to establish title and organize settlement, Hogg was commissioned as emissary to the Continental Congress in Philadelphia to present the company's memorial to be admitted as the fourteenth colony. But that august body felt any decision on its part to be unwarranted. Appeasing the states' claims to western lands and respecting the Crown's authority to determine policy in the West, the Congress simply elected not to consider the Transylvania petition.

Active in the American Revolution, Hogg served on the Hillsborough Committee of Safety during the war and in 1777 sat on the town's board of commissioners. The state later sent him to Connecticut on public business. In the British campaign through North Carolina in 1781, he was captured in his newly built house, Poplar Hill, but was soon released.

Hogg had long been interested in education. When Hillsborough founded its first academy, Science Hall, in 1779, he was a chief benefactor and trustee. Ten years later, The University of North Carolina formed its first board of trustees and named Hogg a member. For the next thirteen years Hogg played a critical role in the formation and development of the university. He presented to the board a gift of 20,000 acres in western Tennessee from General Benjamin Smith to enhance the school's endowment. In November 1792 he was one of the commissioners charged with the selection of a suitable site for the school. When Chapel Hill was chosen, Hogg organized the donation of 1,390 acres from the residents of the area. He remained active in university affairs until he was felled by a stroke in 1802.

Hogg outlived his wife by four years. They were buried in the Old Town Cemetery, Hillsborough, in the same plot with lifetime friend and signer of the Declaration of Independence, William Hooper. Before he died Hogg petitioned the legislature to change his childrens' name from Hogg to his wife's maiden name, Alves. Apparently the years of ridicule had proven too much and the assembly happily assented. The couple had six children: Walter, Gavin, Elizabeth, Anne, Helen, and Robina. 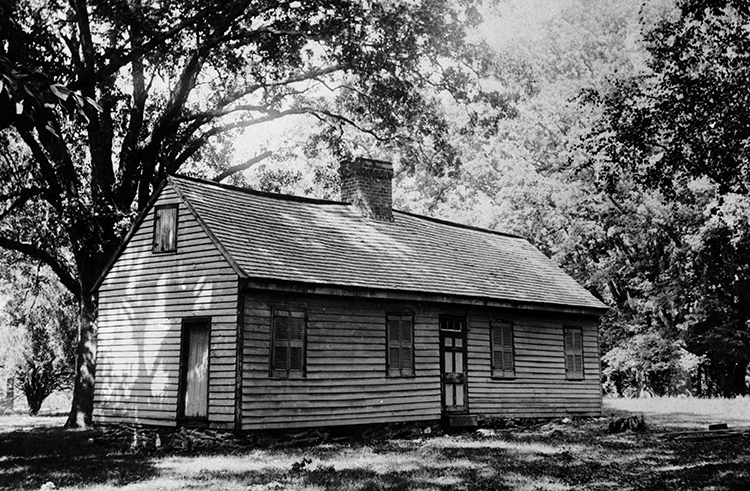