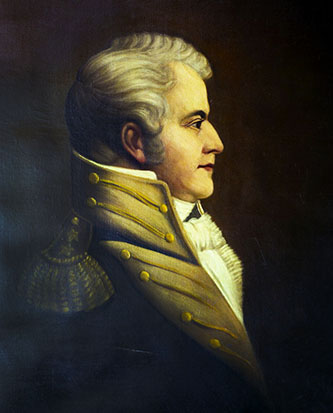 Benjamin Smith, governor, lawyer, benefactor of The University of North Carolina, and planter, was the son of Thomas of South Carolina and Sarah Moore Smith, daughter of "King Roger" Moore, builder of Orton plantation house. There is some question as to whether he was born in 1756 or 1757 and whether he died on 26 January or 3 February. He was a descendant of Thomas Smith, a planter, merchant, surgeon, and governor of Carolina (1693–94). Benjamin was admitted to the Middle Temple on 12 May 1774.

At age twenty-one Smith served as aide-de-camp to General George Washington in the retreat from Long Island on 29–30 August 1776. On 3 Feb. 1779 he served with William Moultrie in driving the British from Port Royal Island (Beaufort), thereby deferring the British invasion of South Carolina. Smith was elected to the Continental Congress on 11 May 1784, but there is no record that he ever attended. Between 1784 and 1816 he served three terms in the House of Commons and eighteen in the senate; he was speaker of the senate for five terms (1795–99). A member of the constitutional convention of 1788, he cooperated with James Iredell in an unsuccessful attempt to secure adoption of the federal Constitution; he was also a member of the convention of 1789, which approved the Constitution.

When The University of North Carolina was chartered in 1789, Smith gave 20,000 acres of Tennessee land that he had received for service during the Revolution and also served on the board of trustees (1789–1824). In 1792 he gave land adjacent to Fort Johnston at the mouth of the Cape Fear River for the town of Smithville (now Southport). In 1807 Smith served as adjutant general of North Carolina under a new law that revised the militia laws of the state.

In his own right by inheritance, Benjamin Smith, a militia major general, was a wealthy man. At the time the federal census was taken in 1790, he owned 221 slaves. He married Sarah, the daughter and sole heir of Colonel William Dry, colonial collector of the port of Wilmington and a descendant of Admiral Robert Blake, supporter of Oliver Cromwell. The Smiths adopted two children, were generous with their wealth to the less fortunate, and promoted educational projects. Their generosity resulted in their ultimate impoverishment, however, when Smith became security for the bond of one Colonel Reed, collector of the port of Wilmington, who defaulted. Smith's entire wealth and that of his wife was drained off to meet this heavy obligation with the result that both died in poverty. 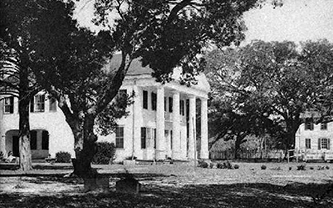 Smith was grand master of Masons in North Carolina in 1808–10 and governor of the state in 1810–11. Though of a benevolent nature and well educated, he had an irascible disposition, was quick to anger, and chose to settle disputes by duel. His more frequent opponents were blood kin or political antagonists, and he was twice wounded in these encounters. Contrary to some accounts, he did not die in prison in Smithville but in his dilapidated home nearby; the residence had so deteriorated that it offered little protection in inclement weather. There in 1821 his wife died, and there five years later "during unprecedented torrential rains and gale winds" so did the general. The attending physician was Dr. George Campbell Clitherall, surgeon of the garrison at Fort Johnston.

Earlier biographers have stated that either St. James's churchyard in Wilmington or St. Phillips in Brunswick (where Mrs. Smith was buried) was the place of his interment. But according to Eliza Clitherall, daughter of neighbor John Burgwin, "Burial should have been beside his wife, but . . . by dawn Jan. 27th decomposition had taken place and it was necessary interment should be performed as speedily as possible." Because of the stormy weather, transportation by land or water to Brunswick was impossible, "So . . . the remains were carried to the Smithville burying ground and there deposited."

Dr. Clitherall and two witnesses he called in found no will among the general's effects. Smith's creditors clamored for the proceeds of his few remaining possessions, which were auctioned at a sheriff's sale in Smithville in March 1826.

Presentation of Portrait of Governor Benjamin Smith to the State of North Carolina [address by Collier Cobb] (1911).