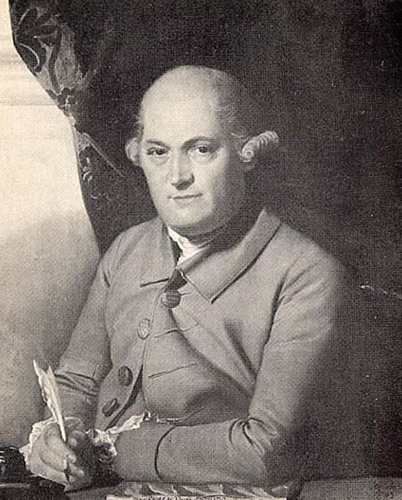 John Burgwin, colonial official and merchant, was born at Hereford, England. His father, John Burgwin (1682–1751), whose name was originally spelled Ap Gwyn, left his entire estate in South Wales, England, to an elder son, James B., forcing the younger boy to seek his own fortune elsewhere. By early in 1750/51, Burgwin was employed as a merchant in Charleston, S.C., with the firm of Hooper, Alexander and Company. The firm did business at Wilmington, and Burgwin apparently moved to the Cape Fear River area of North Carolina shortly thereafter. On 15 Feb. 1753 he married Margaret Haynes, daughter of Captain Roger and Margaret Haynes, of Castle Haynes Plantation near Wilmington. Mrs. Haynes was the daughter of the Reverend Richard Marsden, rector of St. James Parish in Wilmington.

Burgwin's career soon included activities of a political and public nature. He held the position of quartermaster for the New Hanover County militia during 1754–55. Between 1756 and 1759 he served as clerk of the Bladen County Court, and from 1758 to 1761 he practiced law as an attorney commissioned before the Cumberland County Court. In 1760 he became clerk of the governor's council, a position he held until 1772; and in 1762 he was serving as private secretary to Governor Arthur Dobbs. It appears that Burgwin claimed residency in both Bladen and New Hanover counties, as he was named justice of the peace for Bladen County in 1762 and for New Hanover County in 1764. In 1768 he was appointed clerk of the superior court for the District of Wilmington, and in 1769 Governor William Tryon commissioned him clerk of the high court of chancery for North Carolina. Other public positions Burgwin held included Wilmington town commissioner (1769–75) and member of the General Assembly from Bladen County (1773). During 1772–73, Burgwin and Governor Josiah Martin became involved in a bitter controversy concerning the terms of Burgwin's resignation as clerk of the governor's council. Despite protests from the governor, the upper house went on record as stating that Burgwin as clerk had always acted "with the strictest integrity and Honor, and hath discharged all the duties of that office with skill and ability." 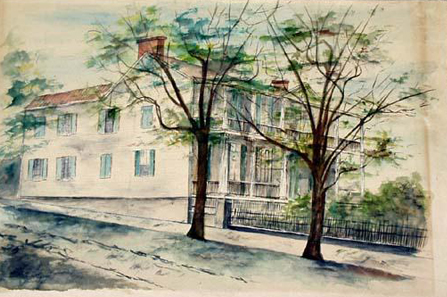 There is little doubt that Burgwin was quite successful in mercantile operations in Wilmington and the Cape Fear region between 1764 and 1775, and New Hanover County records reflect his deep involvement in real estate activities during the same period. By 1771 he was living at Third and Market Street in Wilmington in what was to become one of that city's most famous buildings, today known as the Burgwin-Wright House or Cornwallis House. He also owned Castle Haynes Plantation and the adjoining Hermitage Plantation, both of which he had inherited from his wife, who died on 19 Oct. 1770. In Bladen County he also owned Marsh Castle at Lake Waccamaw.

As the revolutionary movement developed during the 1770s, Burgwin apparently attempted to tread the narrow path between Whig and Tory. On one occasion he ran afoul of the Wilmington Committee of Safety by failing to supply gunpowder as requested. During a party at the Hermitage on 8 Jan. 1775, Burgwin suffered a severe broken leg while playing "blind man's bluff." On the advice of his doctor, he left the colony to seek treatment abroad for the illset fracture. When, in 1777, North Carolina passed legislation calling for the confiscation and sale of property belonging to persons outside the colony, Burgwin returned by way of New York to Wilmington, where he applied for North Carolina citizenship. In 1781, as British forces under Major James Craig occupied Wilmington, Burgwin once more fled the state. He traveled in Belgium, Denmark, and elsewhere in Europe, in addition to visiting Great Britain. On 27 Apr. 1782 he married Elizabeth Bush of Bristol, England.

After the hostilities had ended, Burgwin and his new family, which by 1784 included a son and daughter, returned to Wilmington. Obviously, many North Carolinians did not consider Burgwin a Tory. Archibald Maclaine, writing in 1782, commented of him: "I am perfectly satisfied that he is not an enemy of the state. . . . The fears arising from the consequences of a War was his only inducement to leave the country." Burgwin was successful in reclaiming his property, which had been subject to confiscation, and he resumed mercantile operations in Wilmington, Charleston, and Fayetteville.