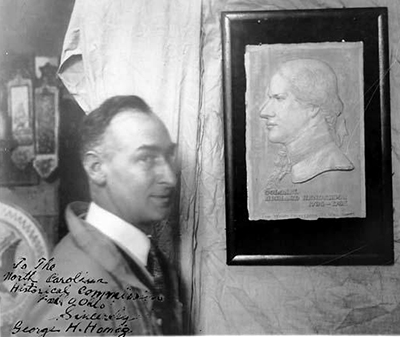 Richard Henderson, land speculator, judge, and politician, was born in Hanover County, Va., the son of Samuel and Elizabeth Williams Henderson. Before Richard was ten the family moved south to Granville County, N. C. Under his mother's watchful eye, he was educated by a private tutor and directed his energies towards a career in law. Samuel Henderson was the Granville sheriff, and young Richard found his first employment at his father's side as a deputy. With that experience Richard next arranged to read law under his mother's cousin, John Williams, a young and gifted attorney. Henderson was soon admitted to the bar and joined Williams in his practice. Their association would become a lifelong friendship; it was enhanced further in 1763, when Henderson married William's stepdaughter, Elizabeth Keeling, the daughter of an English peer, Lord Keeling.

Henderson's career took a major step forward in March 1768, when royal governor William Tryon appointed him associate justice on the colony's Superior Court. Tryon, in writing to the British colonial secretary, the Earl of Shelburne, described Henderson as a "gentleman of candor and ability . . . for whom [the inhabitants] entertain an esteem." Henderson's tenure in office occurred during a turbulent period for the Piedmont. As the Regulators reached their zenith in 1770–71, Henderson felt the full fury of their wrath. In September 1770, while court was in session at Hillsborough, Regulators stormed into the town and besieged the courthouse. Henderson managed to escape out a back door, but several other colonial officials, including John Williams, were less fortunate. In November, the Regulators burned Henderson's home near Williamsboro. In the trial following the Battle of Alamance in 1771, he was one of the presiding justices who convicted twelve Regulators, of whom six were executed. When his term ended in 1773, Henderson retired from the bench in order to pursue his real ambition.

From a young age the West had always held a fascination for him. Perhaps as early as the mid-1760s Henderson had begun to formulate a plan of exploration, and while riding the circuit through western North Carolina he had met a young man who shared his enthusiasm. By 1769 Henderson felt the time had come to equip an expedition to explore the lands beyond the Appalachians and to locate areas suitable for settlement. The little band set out on a two-year mission led by Henderson's friend, Daniel Boone. 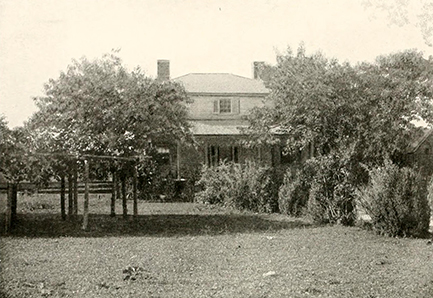 Despite Boone's glowing reports, Henderson was in no position to capitalize until the demands of the bench had been lifted from his shoulders. Once that had been accomplished, he lost little time and in 1774 formed the Louisa Company. Consisting of six prominent citizens, including John Williams, the association determined to purchase from the Indians a sizable tract of land and then as Lords Proprietors to direct its settlement. The following year the company was enlarged and renamed the Transylvania Company. In March 1775 the proprietors signed a treaty with the Cherokee at Sycamore Shoals on the Watauga River, thereby gaining title to an immense tract of land consisting of present-day Kentucky and a large section of Tennessee. Boone was again commissioned to travel west and begin a settlement, which was soon called Boonesborough.

The company was beset with troubles from the beginning. The governors of North Carolina and Virginia both issued proclamations denouncing Henderson and the company and invalidating any agreement with the Indians. As the proprietors tried to organize the settlers and establish a government in Kentucky, James Hogg, a member of the company, traveled north to Philadelphia to present to the Continental Congress a memorial from the Transylvanians seeking admission as the fourteenth colony. The Congress, appeasing the states' claims to western lands and respecting imperial jurisdiction over the West, wanted no part of the Transylvania colony. Without federal recognition, the colony's fate was sealed. The Transylvania Company lingered for several years but effective control of the land had been lost. Eventually North Carolina and Virginia each granted the company 200,000 acres as compensation for its expense and services in the undertaking. Henderson, though, was far from finished with land speculation. In 1779–80 he spearheaded another group of settlers into the Cumberland Valley in Tennessee and founded French Lick (present-day Nashville).

Henderson was equally as busy on the eastern side of the mountains. With the coming of the Revolution he became an ardent supporter of the American cause and maintained an active role throughout the war. In 1778 he was nominated as a delegate to the Continental Congress but stepped aside when John Williams was also being considered. During the same year he declined an appointment to the Council of State. Also in 1778 he returned to the bench as judge but resigned a short time later. For the next two years, Henderson served on the boundary commission to determine the line between Virginia and North Carolina. That finished in 1780, he was a member of the state's Board of War until the hostilities ended in 1781. A militia colonel himself, he assisted in recruitment and the procurement of supplies.

With peace restored, Granville County elected Henderson to the state legislature in 1781, and he served on the Council of State from 1782 to 1783. His life was cut short by death at age forty-nine. He was buried on his farm where his house still stands near Williamsboro on Nutbush Creek. Henderson was an Anglican and a vestryman in the Parish of Granville. His children were educated by Henry Patillo, an eminent Presbyterian clergyman. Henderson, who was always interested in education, played a key role in the establishment of Granville Hall, an academy begun in 1779. The Hendersons had six children: Fanny (b. 1764), Richard (b. 1766), Archibald (b. 1768), Elizabeth (b. 1770), Leonard (b. 1778), and John (b. 1780).

Lyman C. Draper Collection (State Historical Society of Wisconsin, Madison), which contains the richest source material for the period of westward migration in general and Richard Henderson in particular, especially Draper's life of Boone and the Kentucky, Virginia, and North Carolina Papers.

George W. Ranck, Boonesborough (1901)—No. 16 of the Filson Club Publications contains a copy of Henderson's journal of his trip to Kentucky in 1775.

Henderson, Archibald. "Richard Henderson: the authorship of the Cumberland compact and the founding of Nashville."  [Nashville?] 1916. https://archive.org/details/richardhenderson00hend (accessed January 7, 2013).