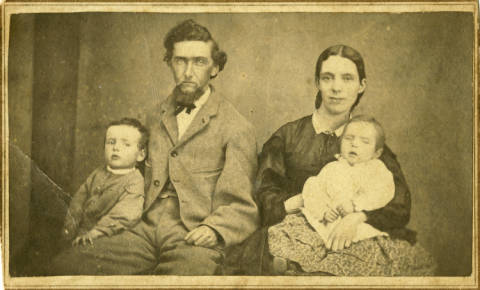 Needham Bryan Cobb, Baptist minister, educator, historian, and author was born in Jones County, the son of William Donnell Cobb and his wife, Ann Spicer Collier. He received his B.A. degree from The University of North Carolina in 1854 and received the first M.A. degree awarded by the university in 1856. He was given an honorary D.D. by Judson College, Hendersonville, in 1889. He studied law under Judge William H. Battle while at Chapel Hill and continued his studies under Chief Justice Richmond Pearson, and then practiced law and taught school in Pitt, Wayne, and Greene counties for nearly three years.

In October 1859, Cobb left the Episcopal church in which he had been a vestryman and was baptized in Greenville by the Reverend Henry Petty. He was ordained a year later in Wilson by a presbytery of Baptist ministers consisting of Elders Levi Thorne, J. B. Solomon, Henry Petty, G. W. Keene, W. C. Lacy, and J. G. Barclay. In later years, Cobb remembered that his first baptismal service was conducted for a group of enslaved black people whom he baptised in the Nansemond River near Suffolk, Va. 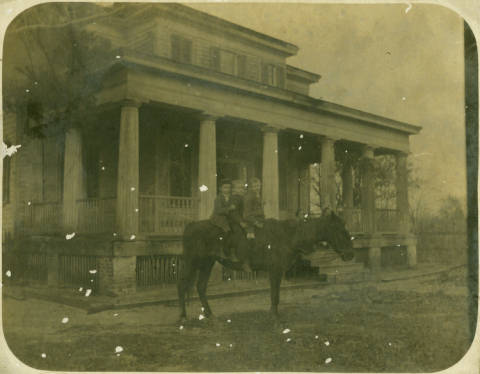 After the Civil War, Cobb was associated with Dr. J. D. Huffham in editing the Raleigh Daily Record for six months. He also served as corresponding secretary of the Sunday School Board and later as a missionary of the State Mission Board within the bounds of the Eastern Baptist Association.

As a Baptist minister, Cobb served churches in Goldsboro, Elizabeth City, Shelby, Lincolnton, Lilesville, Rockingham, Fayetteville, Chapel Hill, Waynesville, Morganton, Hickory, Hillsborough, Cary, Sharon, and Wise, as well as a church in Portsmouth, Va. He served as president of the Baptist State Convention for three years, 1879–81, and as recording secretary of the convention for nine sessions. For four years he was secretary of the Board of Missions of the convention.

A "many sided man," as contemporaries described him, Cobb taught school while engaged in his pastoral work. He was president of the Wayne Institute and Normal College, professor of Latin and Greek at Goldsboro Female College, and principal of Lilesville High School.

From 1865 through 1893, Cobb was editor of the North Carolina Almanac. He was author of "Reply to Gray's Elegy," "Cold Water," and various other poems published in a volume entitled Poetical Geography of North Carolina and Other Poems (1887), which was used as a textbook in North Carolina schools.

While in Greenville in 1858–59, Cobb, then practicing law, began the study of Ben Pitman's system of phonography. Whether he was the first North Carolinian to study shorthand will probably never be known, but he was the first who acquired such proficiency in the art as to be recognized by the public as a shorthand reporter. His earliest pieces copied in his commonplace book are dated "Greenville, September, 1858." He copied much of the Bible and prepared his sermon notes in shorthand. He also prepared a shorthand primer for the instruction of his oldest son, Collier, then five years old. His first stenographic work was for the Raleigh Daily Sentinel, reporting the court-martial of Major John H. Gee for alleged cruelty to Union prisoners at the Salisbury Military Prison. After the trial, Cobb taught private classes in stenography in Raleigh and at Wake Forest College. Later he reported the 1870–71 campaign speeches of former Governor Zebulon B. Vance and of A. S. Merrimon. In 1880, while pastor in Chapel Hill, he lectured on stenography at The University of North Carolina.

Cobb was twice married. His first wife was Martha Louisa Cobb of Pitt County, whom he marred 27 Dec. 1859. To them were born twelve children. One son, Collier, became a distinguished member of the faculty of The University of North Carolina. Cobb's second wife was Ann DeLise Fennell of Sampson County, to whom he was married 3 Sept. 1891. They had three children.

The last ten years of Cobb's life were spent on his Sampson County farm, where he died.

"The History of Shorthand Writing in North Carolina," Biennial Report of the Superintendent of Public Instruction, 1898–99.