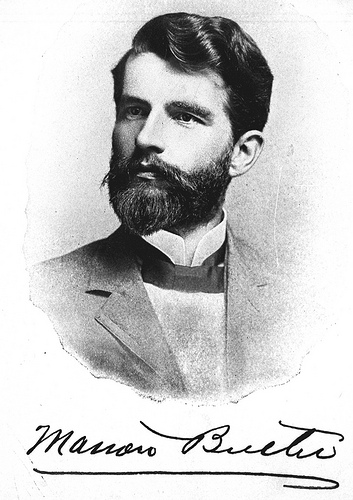 Marion Butler, agrarian leader and U.S. senator, was born near Clinton in Sampson County. His grandfather, James Butler, fought in the Revolutionary War, and his father, Wiley Butler, served in the Confederate Army. Wiley Butler, a yeoman farmer, married Romelia Ferrell, and Marion was the oldest of their six children.

Despite the poverty that afflicted Tar Heel farmers in the years after the Civil War, Marion Butler managed to graduate from The University of North Carolina in 1885. His plans to study law at the university were cut short, however, when his father died; though still in his early twenties, he had to assume the responsibility of running the family farm.

In addition to farming, Butler conducted an academy for the schooling of his younger brothers and sisters, as well as for the children of neighbors. When the Farmers' Alliance movement, destined to become the most militant agrarian combination in American history, spread from the Southwest into North Carolina in the late 1880s, he immediately joined the organization, and it provided him a ladder of political opportunity that he climbed with impressive speed. Possessing the formal education and literate articulateness lacking in many of his fellow farmers, he became president of the Sampson County Farmers' Alliance; he purchased a weekly newspaper in the county seat of Clinton, the Caucasian (which he subsequently moved to Goldsboro and then to Raleigh); and in 1890, at the age of twenty-seven, he was sent by the voters to the state senate as an Alliance Democrat.

Ardent advocates of free silver and other financial and economic reforms, Butler and his followers in the Alliance had little use for Grover Cleveland, whom the national Democratic party renominated for the presidency in 1892. When the leaders of the Tar Heel Democratic party ruled that no member could "split the ticket," that is, vote Democratic in the state and local elections but not in the presidential race, Butler led thousands of Alliancemen in a bolt from the Democratic party—the "white man's party" that had ruled the state since Reconstruction—to join the new People's or Populist party. 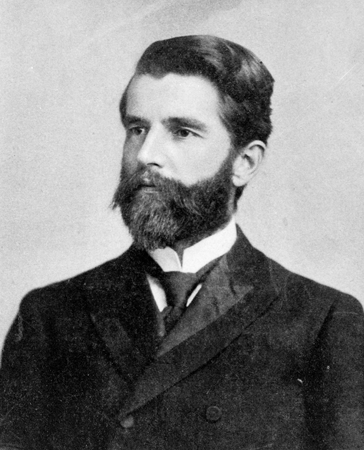 In North Carolina the Populists entered the campaign of 1892 too late to hope for much, yet they and the Republicans together polled a larger vote than the Democrats. Butler then emerged as the nemesis of North Carolina Democrats, who dubbed him "the sly fox of Sampson County"; in the state elections of 1894 he led the Populists into cooperation with the Republicans, a policy known as "fusion." The combined forces of the Populists and the Republicans swept the state to gain control of both houses of the legislature and to send Butler to the U.S. Senate in 1895 for a full six-year term. In Washington he proceeded to shock veteran senators by his vigorous advocacy of reform and to take his place alongside other agrarian champions of the silver cause.

Butler achieved his greatest national prominence in 1896 when, as national chairman of the Populist party, he led in effecting the compromise whereby the Populists at their convention in St. Louis, Mo., endorsed William Jennings Bryan, already the Democratic nominee for the presidency, on a ticket with the Populists' own vice-presidential nominee, Thomas E. Watson of Georgia. In the momentous campaign that followed, Butler worked closely with Bryan and other national Democratic leaders to effect a policy of Populist-Democratic cooperation or fusion on the tickets for presidential electors, even though in North Carolina, Populists and Republicans continued to cooperate in many of the state and local elections.

After Bryan was defeated, the Populist-Republican forces extended their control in North Carolina in 1896. When the Tar Heel Democrats returned to power with their massive "white supremacy" campaigns of 1898 and 1900, however, Butler lost his seat in the Senate. He continued to serve as Populist national chairman until 1904, when he became a Republican. Although not he but Governor Daniel L. Russell originated the famous interstate lawsuit wherein South Dakota successfully sued North Carolina on certain railroad bonds that the latter state had semi-repudiated, Butler did play a secondary role in the affair; and for many years, almost until his death in fact, Tar Heel Democrats fought the Republicans by variations on the theme of "Butler, Boodle, and Bonds."

While still a senator, Butler resumed his study of law at The University of North Carolina, and after retiring from public life he engaged in practice in Washington, D.C. He had married Florence Faison of Sampson County on 31 Aug. 1893, and they had five children: Pocahontas, Marion, Edward F., Florence F., and Wiley. Butler died in Takoma Park, Md., and was buried from St. Paul's Episcopal Church, Clinton, to which he and his wife belonged, in the Clinton Cemetery.