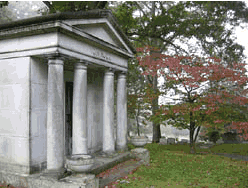 Riverside Cemetery, on rolling, tree-covered grounds in the historic Montford District of Asheville, was established in 1885 by the Asheville Cemetery Company. The property overlooks the French Broad River and contains 87 acres of beautifully landscaped grounds on five terraced levels with more than three miles of roads. The natural beauty of ancient and massive oaks, poplars, evergreens, dogwoods, mimosas, azaleas, rhododendrons, and laurels complement unusual monuments and mausoleums.

Riverside Cemetery contains the graves of many people important to the history of Asheville and western North Carolina, as well as other North Carolina notables. 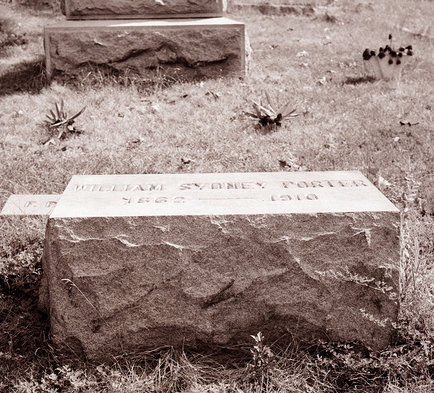 Some prominent North Carolinians buried there include authors Thomas Wolfe and William Sydney Porter (O. Henry); Confederate generals Robert Brank Vance and Thomas L. Clingman; North Carolina governors Zebulon B. Vance and Locke Craig; U.S. senator Jeter C. Pritchard; George T. Winston, an educator and the president of the University of North Carolina; Lillian Exum Clement Stafford, the first woman to serve in the North Carolina legislature; diplomat Richmond Pearson; English-born botanist John Lyon; architect Richard Sharp Smith; and Japanese-born photographer George Masa. Unique burial plots include the Beth Ha-Tephila Jewish cemetery, a plot for 18 German seamen who died while interned as aliens during World War I, a plot with more than 175 veterans of World War I and World War II who died while patients in the Oteen Veterans Administration Hospital, and a stone monument to the graves of six English stonecutters who worked on the Biltmore Estate.

When the cemetery was established, graves were moved from earlier burial grounds, including three church cemeteries on Church Street. By the middle of the twentieth century, the Asheville Cemetery Company was having financial problems. In 1952 the cemetery was taken over by the city of Asheville, and it is still maintained by the City Parks and Recreation Department. There are approximately 13,000 graves, and grave sites remain available. The cemetery is listed on the National Register of Historic Places.