In the eighteenth and early nineteenth century, legal education in North Carolina was a haphazard undertaking. A young 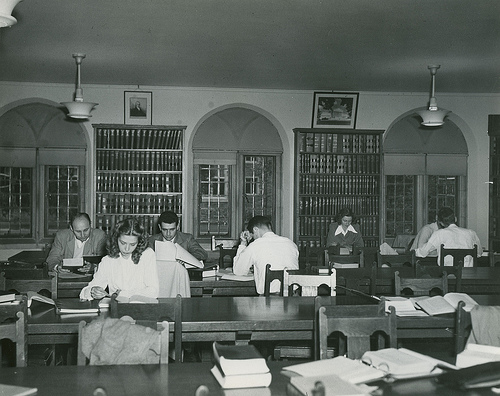 law student studied on his own or under the tutelage of a licensed lawyer, reading books owned by an attorney and picking up information from his mentor. Such noteworthy early attorneys and public figures as Thomas Ruffin, David L. Swain, Robert Strange, William Gaston, David F. Caldwell, and Archibald D. Murphey instructed students in their offices.

In due time, private law schools were organized. The first to be advertised was that of John Louis Taylor, whose school opened in Raleigh in 1822. Other private schools were conducted by outstanding lawyers such as Murphey, Leonard Henderson, and Frederick Nash. Two teachers of note were Richmond M. Pearson, who had law schools in Mocksville and later at Richmond Hill, and William Horn Battle of Chapel Hill. Battle's was the first law school to be affiliated with an established institution of higher learning. He and James Iredell Jr. had taught law in Raleigh in 1841, prior to Battle's 1843 move to Chapel Hill. In Chapel Hill he began teaching in his office; by 1845 he was professor of law at the University of North Carolina. The university offered the bachelor of law degree beginning at that time.

Four other university-level law schools were subsequently established in North Carolina, forever replacing the small private schools of the antebellum period. Wake Forest University's School of Law was established in 1894. Duke University was founded in 1924, and immediate efforts to provide legal education led to the establishment of a law school in 1930. Trinity College, out of which Duke University grew, had offered an undergraduate class in law in 1868 and set up a school of law in 1904. Raleigh's Shaw University established a law school for African American students in 1888, but it was closed in 1914. North Carolina Central University's School of Law was opened in 1939. It immediately closed for lack of students but reopened the next year and continues to operate successfully. Finally, Campbell University established a law school in 1976.