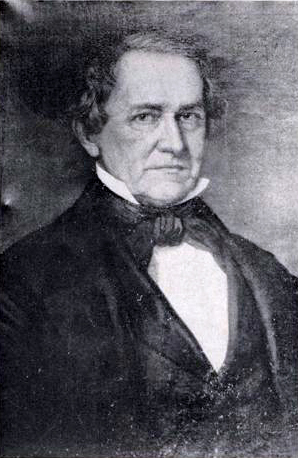 Robert Strange, Jr., lawyer, judge, author, and U.S. senator, was born in Manchester, Va., the son of James Strange, a native of Glasgow, Scotland, who with his wife settled in Petersburg in 1783. The elder Strange was trained as a physician but gave up his practice to become a merchant. In Virginia young Robert attended schools in Lunenburg and Rockbridge counties and at New Oxford Academy. In 1811 he was at Hampden-Sydney College but the next year entered Washington College. In 1815 the family moved to Fayetteville, N.C., where Strange studied law and was admitted to the bar. He was elected borough representative from Fayetteville to the General Assembly in 1821 and while still a member in 1826 was elected a judge of the North Carolina Superior Court, where he served for ten years.

In 1831 Willie P. Mangum won a seat in the U.S. Senate, but as a Whig he was in conflict with the Democratic majority in the North Carolina legislature. He was instructed by the House of Commons to vote against his own wishes, and in 1836 he resigned. Judge Strange was elected on 5 Dec. 1836 to complete the term and was reelected in 1837.

In 1838 Strange and Senator Bedford Brown, the state's other senator, voted for Thomas Hart Benton's resolution to remove the censure of President Andrew Jackson from the journals of the Senate. After this action, the Assembly passed a resolution taking a stand against the Jackson administration and instructing the senators to follow more closely the wishes of the voting majority in the state. Both senators resigned their seats in 1840, and Strange was replaced by William A. Graham.

Strange resumed his law practice in Fayetteville and in Wilmington. Some of his extended remarks appear in The Trial of Ann K. Simpson, a noted murder case in western North Carolina.

In addition to his legislative career at both the state and the national levels, Strange was a director of the Bank of Cape Fear from 1818 until his death. He also was the twelfth grand master of the North Carolina Masons in 1823–24.

While he was a senator, Strange wrote the first novel with a setting in the state by a native of North Carolina: Eoneguski, or, The Cherokee Chief: A Tale of Past Wars, by an American. Published anonymously in 1839, the book was critical of the treatment of Indians by whites although it quickly was out of print. Because actual people and events were readily identified by many readers, it received some adverse criticism in North Carolina. In 1960 a facsimile edition appeared with an explanatory foreword by Richard Walser.

Strange often expressed regret that he had not been able to enjoy a literary career. Two poems by him appeared in The Rainbow, published in New York in 1847, while ten were included in Mary Bayard Clarke's anthology, Wood-Notes, published in 1854. A number of his addresses, speeches, and biographical writings also appeared in print; many of them can be found in the North Carolina Collection in Chapel Hill.

In 1817 Strange married Jane Kirkland, the sister-in-law of Judge Thomas Ruffin. They were the parents of six children: James, Margaret, Alexander, John, French, and Robert. After Mrs. Strange's death, he married a Mrs. Nelson; there were no children of the second marriage. He was buried in the family cemetery at his plantation, Myrtle Hill, then near Fayetteville but now within the city limits.