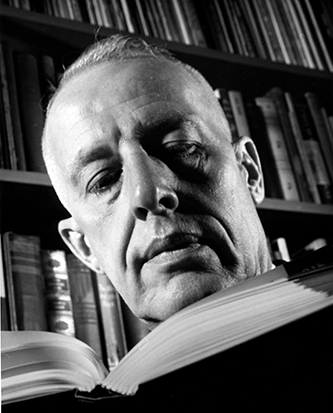 Richard Gaither Walser, college professor, author, and cultural leader, was born in Lexington in a family of lawyers and teachers of Wachovia Moravian descent, the son of Zeb Vance and Frances Estelle Adderton Walser. His father, a Republican, had served in both the North Carolina Senate and House of Representatives, where he was speaker in 1895 during the Fusion period, and as attorney general (1897–1900). Richard was also a Republican and in his later years took considerable pride in pointing out that he was an original Republican, not a retread Democrat.

He first became interested in North Carolina literature and history under the influence of his father, an avid collector of North Caroliniana. His enthusiasm was furthered by his public school teachers who were themselves North Carolina partisans. At the insistence of his family he entered Davidson College as a freshman even though his heart was set on Chapel Hill. Transferring to The University of North Carolina the next year, he was graduated in 1929. He returned in the fall to begin graduate work, but the depression limited his stay to a single year. From then until 1942 he taught high school English, first at Linwood and Lexington in his native county and then in Durham and Greenville. Returning to the university for several sessions of summer school, he received a master's degree in 1933. His thesis dealt with anti-Catholicism in the Gothic novel. In 1938 he went to Greenville, where, as a critic teacher, he worked with East Carolina college students who were training to become teachers. While in Greenville he published his first book, North Carolina Poetry (1941), an anthology that he had begun eight years earlier.

During World War II he served in the U.S. Navy and afterwards in the Naval Reserve, retiring with the rank of lieutenant commander. Assigned to the southwestern Pacific, he participated in a number of the landings that led to Tokyo. While in that part of the world he built up a splendid collection of books on Australia that he later donated to the university library in Chapel Hill. Returning home near the end of the war, he requested a tour of duty in Panama; he also gave the university the books he had collected on that region.

Although the story is apocryphal, it was often said that at one point in his career he inquired about beginning doctoral work at Chapel Hill. He insisted that he would write a dissertation on North Carolina literature, but the faculty in very strong terms announced that that was not an acceptable subject. It may have been this rejection that prompted him to pursue his study of North Carolina poets, novelists, and dramatists and their work.

Walser published more than thirty books and pamphlets, clearly succeeding in the goal of his youth—to recall to mind the varied creative writings of our literary ancestors. He was a fair and objective critic, and where condemnation was in order he spoke clearly. His humorous anthology, Nematodes in My Garden of Verse, contains some excellent examples of poetry gone wrong. On the other hand, by scholarly research and writing and by publishing facsimiles of long-out-of-print books (which he largely financed himself), he helped to create an appreciation of North Carolina writers who lived between the eighteenth century and his own time. Walser came to be recognized as a national authority on Thomas Wolfe with books on him published by Harvard University Press as well as in the state.

His 1941 anthology of North Carolina poetry was followed by North Carolina in the Short Story in 1948. His Short Stories from the Old North State (1959), North Carolina Miscellany (1962), North Carolina Parade (1966), Tar Heel Laughter (1974), and North Carolina Legends (1980) served to broaden readers' understanding of the contributions of North Carolinians to a varied literary heritage. He also wrote biographical studies of Bernice Kelly Harris and Inglis Fletcher, writers of popular fiction, as well as books and pamphlets on Wolfe and other subjects. He contributed to study guides used by correspondence students through the university at Chapel Hill and North Carolina State College. Several of his works, published by the North Carolina Division of Archives and History, were designed for use by children and young people in the schools of the state. Many of these were revised and reissued over a long period of time.

Through his participation in the North Carolina Library Association, North Carolina English Teachers Association, and State Literary and Historical Association, Walser was instrumental in the compilation of bibliographies, indexes, and assorted lists that advanced research and understanding of the state's culture. As a member of the latter organization he played a prominent role in redefining the state's literary awards, consolidating the rules, and laying the groundwork for new awards. 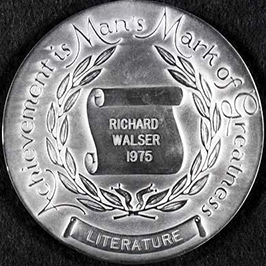 A skilled teacher, Walser enlightened classes in Chapel Hill, where he taught briefly, and at North Carolina State University, where he spent most of his academic career beginning in 1946. As a guest lecturer at many other institutions, he entertained and informed hundreds of people. He was a popular speaker before civic and patriotic organizations. Active in the work of a local history group, the Folklore Society, the Society for the Preservation of Antiquities, and others, he further left his mark on North Carolina culture. His service on numerous hardworking committees led to growth and improvement in many facets of life in the state. A devotee of the opera and other forms of music, dance, and drama, he frequently went to New York and abroad to enjoy them, but he supported these in North Carolina as well.

He was an active member of the Watauga Club, composed of important leaders of the state who, as an organization, shunned publicity but whose ideas and advice, known to very few, were extremely important in charting the course of events in North Carolina for many decades. The three awards that most highly pleased him were a Guggenheim Fellowship in 1957, the North Carolina Award for Literature in 1976, and an honorary doctorate from North Carolina State University in 1988.

Never married, Walser died in Raleigh following several months of declining health and was buried in the National Cemetery, Raleigh.