A number of literary awards have been established to honor the achievements of North Carolina writers. The first award for such a purpose in the state was probably the Patterson Cup, established in 1905 by Mrs. J. Lindsay Patterson of Winston-Salem in memory of her father, William Houston Patterson. The Patterson Cup recognized an eminent North Carolinian whose poetry or prose demonstrated "the greatest excellence and the highest literary skill and genius." If any one author won the award three times, it was stipulated that the ornate cup would become his or hers forever, but the award never found a permanent owner before it was retired in 1922. 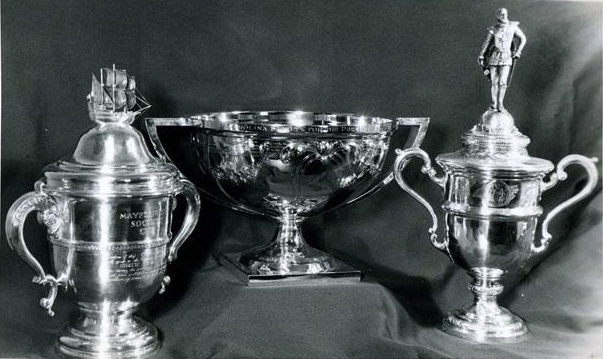 The Patterson Cup was replaced by the Mayflower Cup, born of the Society of Mayflower Descendants in the State of North Carolina, a group founded in 1924. Five years later, the North Carolina Literary and Historical Association determined the need for an annual award for the best published literary or historical work by a resident North Carolinian, and, the following year, accepted a cup and small replicas from the Society of Mayflower Descendants. Designed to stimulate interest in North Carolina literature, the award was presented annually to an author who had produced an outstanding work of literature that year.

Past winners of the Mayflower Cup include W. J. Cash, Max Steele, John Ehle, Louis Rubin, Tim McLaurin, and numerous others. In 2002 the North Carolina Society of Mayflower Descendants ceased awarding the Mayflower Cup because of the difficulty of obtaining new cups and the high cost of the program. Since the creation of the Sir Walter Raleigh Award for Fiction in 1952, the Mayflower Cup competition had been limited to works of nonfiction. The Raleigh Award remains the premier award for fiction writing in the state. 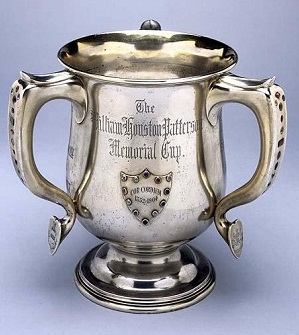 Another literary prize still awarded within the state is the R. Hunt Parker Award, which also was conceived by the North Carolina Literary and Historical Association. First awarded in 1987, the prize is named for Robert Hunt Parker (1892-1969), a justice for the North Carolina Supreme Court. Winners include a number of familiar names from the popular canon of North Carolina authors, including Sam Ragan, Elizabeth Spencer, Lee Smith, and James Applewhite.

In North Carolina, where many authors demonstrate a fluid ability to excel in both prose and poetry, several individuals have been awarded prizes for work in different genres. This trend likely will continue for generations to come. The state's premier poetry prize, the Roanoke-Chowan Award, is sponsored by the Roanoke-Chowan Group of Writers and Allied Artists, an association that began as a country gathering at the home of banker Gilbert T. Stephenson in 1948. The award is presented with other state literary awards at the annual meeting of the association. Stephenson, who was to serve as president of the association in 1956, wanted to prove that "material for literature as well as art is to be found in every nook and cranny of our state." Over the decades, winners have included Carl Sandburg, Randall Jarrell, Guy Owen, Reynolds Price, and Fred Chappell.

Sturgis E. Leavitt, A History of The Society of Mayflower Descendants in the State of North Carolina (1966).