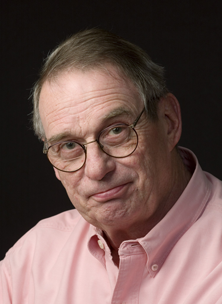 In December 1997, Governor Jim Hunt appointed Fred Chappell North Carolina's fourth Poet Laureate. This is only the latest achievement for Mr. Chappell, who began teaching in the Department of English at UNC-Greensboro in 1964. In 1987 he received the O. Max Gardner Award, the highest teaching award bestowed by the University of North Carolina system, and in 1988 he was named the Burlington Industries Professor of English.

Chappell was born on May 28, 1936 and raised in a small North Carolina town of Canton, where his father, James Taylor, was a furniture retailer. Chappell married Susan Nicholls on August 2, 1959. He went to work as a proofreader for Duke University Press in Durham and received a Bachelor's Degree from Duke University in 1961 for fiction writing. He then went on to receive his Master's Degree, also at Duke University, in 1964. He became a professor of English at the University of North Carolina at Greensboro but has since retired.

Chappell has written more than 25 books in a variety of genres, including at least 15 books of poetry, eight novels, and several volumes of short stories and criticism, as well as being a frequent contributor to the News and Observer on the subject of poetry.  Among the awards and honors Mr. Chappell has received over his long career are the Sir Walter Raleigh Prize (1973), the North Carolina Award for Literature (1980), Yale University Library's Bollingen Prize in poetry (1985), a literature award from the National Academy of Arts and Letters (1968), the best foreign book prize from the Academie Française (1972), and the Aiken Taylor Award in poetry (1996).