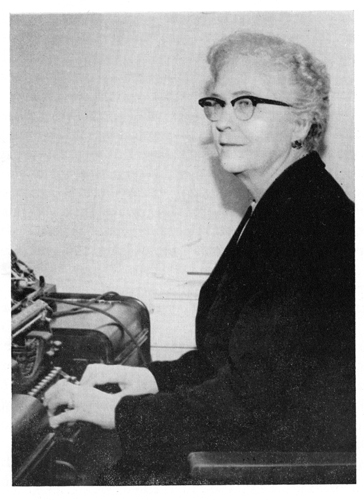 Bernice (Christiana) Kelly Harris, writer, was born in eastern Wake County. Both of her parents, William Haywood and Rosa Poole Kelly, came from a long line of sturdy, independent farmers. She had two older sisters and four younger brothers. Her girlhood was centered on the Mt. Moriah Academy, where she was educated, and the Mt. Moriah Baptist Church. Her aunts and uncles and cousins lived nearby, and the families frequently assembled at neighborhood box suppers, hog killings, Saturday night parties, baseball games, Sunday school excursions, and Christmas celebrations. After attending Cary High School for one year as a boarding student, Bernice entered Meredith College and was graduated in 1913. The quotation beside her picture in the annual was from Tennyson's The Princess : "A rosebud set with little willful thorns." Following a brief term as principal of a school at Beulaville in Duplin County, she taught for three years at the South Fork Institute, near Maiden in Catawba County, an academy for training rural Baptist preachers. From there she went to Seaboard High School in Northampton County, where she taught English from 1917 to 1927 except for a year in Rich Square (1921–22).

Meanwhile, Miss Kelly had attended summer school at The University of North Carolina, studying playwriting in 1919 and 1920 under Frederick H. ("Proff") Koch. Inspired by his fervor for the folk play, and recalling her childhood excitement in writing poems and stories, she returned to Seaboard determined to spread the "folk gospel," as well as to do some writing of her own. Her marriage in May 1926 to Herbert Kavanaugh Harris, a Seaboard farmer with associated agricultural interests, did not sidetrack her enthusiasm. Into the living room of her new home, where she continued to be called "Miss Kelly," she invited the women of the town for classes in playwriting; these were moderately successful whenever the ladies could be turned aside from swapping recipes and local gossip. She was instrumental in organizing the Northampton Players among the younger people, its purpose to write and produce plays at home before moving the best of them to the state drama festival.

At first, the publication of her own work and that of her group was not a goal, but after 1930 Mrs. Harris took playwriting more seriously. Too, she began sending human-interest stories and feature articles to the Norfolk and Raleigh newspapers. Four of her character sketches appeared in These Are Our Lives (1939), a Federal Writers' project. It was Jonathan Daniels who suggested that she try a novel. Purslane (1939), some eighteen months in the writing, won the Mayflower Society Cup as the best North Carolina book of the year. Based on the author's happy, nostalgic memories of her youth, the episodic narrative relates the home and community events of "Pate's Siding," twelve miles east of Raleigh. The success accorded Purslane prompted the publication of Folk Plays of Eastern Carolina (1940), seven one-act plays written during the prior eight years.

After Purslane, six more novels were published with fair regularity. Portulaca (1941), named for the plant that is a cultivated variety of the wild-growing purslane, transported some of the rural characters of the earlier book into town, where bridge parties supplanted candy-pullings. Sweet Beulah Land (1943) was about a freedom-loving wanderer and his unavoidable confrontations with the conservative people in an agricultural community. Sage Quarter (1945) was Mrs. Harris's pastoral romance, a novel about twin girls with broad and circumscribing family ties. In Janey Jeems (1946), saga of an ambitious, hard-working, religious country family, the author cleverly and only inferentially indicated that it was a black family of whom she was writing. When most reviewers missed the point, the publishers circularized a notice that Janey Jeems was the only book ever written about blacks to have the humanity not to mention race. Hearthstones (1948) concerned a Confederate soldier who was "read out" of the church for his desertion; then it moved to World War II for a similar incident in the same family. Wild Cherry Tree Road (1951) returned to the scene of Purslane . 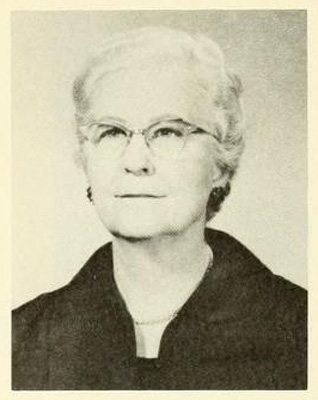 Mrs. Harris's husband died on 13 July 1950, at age sixty-six. Once again she became involved in community dramatics, with informal classes in the writing of plays and their eventual production in the county towns and at the state festival. In 1957, a dramatization of "Yellow Color Suit," her 1944 short story that had been expanded into Hearthstones , was televised over a national network. Wake Forest University presented her an honorary Litt.D. in 1959, as did The University of North Carolina at Greensboro in 1960. In 1961, she was president of the North Carolina Literary and Historical Association, and in 1966 she was the recipient of the North Carolina Award for "notable accomplishments," presented by the governor. She wrote two little Christmas-gift booklets, The Very Real Truth about Christmas (1961) and The Santa on the Mantel (1964). In these years she served on the board of trustees of the State Library Commission and the North Carolina Arts Council, and was active in the North Carolina Writers Conference and the Roanoke-Chowan Group.

In 1963, Mrs. Harris started teaching a noncredit course in creative writing at nearby Chowan College, and there she met with imaginative people from all walks of life. "People, not books," she often said, "have always been my first interest in life." From her classes at Chowan came two collections in which she seemed to take more pride than in anything she had written herself. Southern Home Remedies (1968) prescribed cures and frequently appended a narrative as corroborative evidence. Strange Things Happen (1971) collected sixty-eight stories about ghosts, reincarnation, coincidences, and other odd events. For these two books, she received a Brown-Hudson Folklore Award posthumously from the North Carolina Folklore Society.

Mrs. Harris was a Democrat and a Baptist. Her portrait in oil was painted by Marguerite L. Stem. She died in Durham several weeks before her eighty-second birthday, and was buried in the city cemetery at Seaboard.