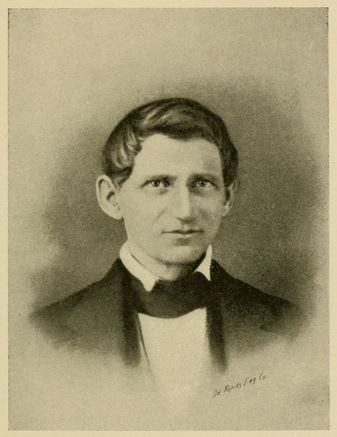 Holton was the son of Elijah Gorman Holton and Susanna H. Mosby, both of Virginia. They were married on April 16, 1798 in Woodford County, Kentucky. His father died in February of 1844, while his mother outlived him until her death in 1872. In 1823, Holton relocated from his native Virginia to Salisbury, North Carolina to work as a printer. He then moved to Charlotte where he worked on the Catawba Journal.

At the birth of The Miners' and Farmers' Journal, Holton stated “it is to be no party paper,” however Holton’s Whig views were expressed in the paper, with regular topics of federally sponsored infrastructural improvements including a national railroad and other transportation networks. The journal reported on farming, articles from northern periodicals, and local events. There are also conflicting sources on when the publication’s name was changed to the Charlotte Journal, with some scholars stating 1832, while others say 1835. Surviving issues indicate that The Miners' and Farmer's Journal continued to be published at least into the spring of 1835.

In addition to changing the name of his newspaper during this time period, Holton married his wife Rachel on June 24, 1834. The future Mrs. Holton was also native to Virginia. She moved to Cabarrus County to become a teacher, where she later met Holton.

In 1834, the journal ran a column regarding the passing of Lafayette. However, Holton’s paper played a more significant role in reporting on the events, as well as themes expressed by northern and southern citizens during the antebellum period, an era in which the United States repeatedly required compromises to stitch itself together.  Laws such as the Missouri Compromise had sparked much disagreement on the expansion of slavery westward, with the latitude between Missouri and the southern states clearly dividing the nation. On October 25, 1830 an article in the journal “called attention to the state of affairs wherein talk about dissolution of the Union had become so common as not to excite horror, as it once did.”

In 1852, Holton once again changed the title of his newspaper, this time to The North Carolina Whig.  At the launch of this new title, Holton stated “Our freight is Truth, Justice, Honesty, Patriotism, Good Faith, the Rights of the Constitution, and of the People, as developed in the administration of Millard Fillmore.” Although the Compromise of 1850 had nearly dissolved the Whig Party and Fillmore failed to gain support for re-election within the year, Holton's paper held on in Mecklenburg County. Meanwhile, the shift from the Whig Party to the Democratic Party was also beginning to be felt. Voters who four years earlier had voted for the Whig President Zachary Taylor were now voting for Franklin Pierce and later James Buchanan, both Democrats.  And in 1854, the Kansas Nebraska Act struck the final blow to the Whig Party nationally, firmly dividing northern and southern Whigs, respectively into the Republican Party and the Democratic Party. In North Carolina, the Whigs party's brief revival in the 1860 election and its pro-union stance kept The North Carolina Whig afloat. It lasted another two years into the war due to the contributions of his widow, Rachel.

the Holton's reportedly had eleven children. Unfortunately, T. J. Holton passed away on December 27, 1860, just a week after South Carolina had issued the ordinances of secession on December 20, 1860, followed by the secession of North Carolina on May 20th.  Newspapers reported that the cause of death was injuries sustained after being thrown from his buggy several weeks prior when traveling to Monroe. Holton was buried in the Elmwood Cemetery in Charlotte.

Hamilton, Holman. 1964. Prologue to conflict, the crisis and Compromise of 1850. [Lexington]: University of Kentucky Press.

"Thomas Jefferson Holton, editor of the Charlotte Journal, 1829." Portrait. In Daniel Augustus Tompkins, History of Mecklenburg County and the city of Charlotte: from 1740 to 1903. Charlotte, N.C.: Observer Print., 1903. House. https://archive.org/details/historyofmecklenb02tomp/page/n95/mode/2up?vi...