Democrats and Whigs in Antebellum NC 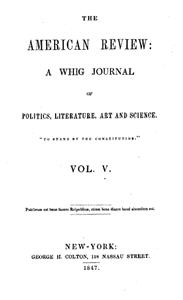 Andrew Jackson’s 1828 election to the presidency produced many political changes in the country and in North Carolina. Jackson—who was born and raised in the Waxhaw region along the North Carolina–South Carolina border and read law in Salisbury—expanded the president’s role in making decisions and leading policy on a national level.

Some Americans liked his strong, energetic style of leadership. But others opposed it. Out of this debate developed a two-party political system that allowed American voters to choose whether to be Democrats (formerly Democratic-Republicans), like Jackson, or Whigs, who opposed Jackson’s plans and ideas. After the constitutional convention of 1835, North Carolinians fell into this two-party system with the rest of the nation.

Generally speaking, Democrats pointed out that the American Revolution had freed people from an overly active and powerful British government. Democrats of the time believed that government could too easily involve itself in too many matters of people’s lives. The little government that should be allowed to exist, they believed, should be largely limited, so that voters could closely watch and control it. Democrats also tended to be against increased levels of taxation and spending.

Whig voters, on the other hand, believed that government should take an active, well-directed role in developing the human and physical resources of the land. People would prosper, Whigs argued, if government took the lead in building schools and improving roads. Whigs also wanted to diversify the economy by increasing industrialization, and they promoted the idea of government support for banks. In short, Whigs championed the good that government could do to benefit people. They also had no reservations about raising taxes to pay for their programs.

The Whig Years and Progress

North Carolina entered the antebellum period trying to erase its Rip Van Winkle image. Support for progressive ideas and reforms allowed the Whig Party to take control of the state after the convention in 1835. Whig voters elected all the governors and most of the legislators from 1836 to 1850. During those years, the Whigs—led mostly by John Motley Morehead, David L. Swain, William A. Graham, Willie P. Mangum, and Edward B. Dudley—made state government into an engine for change. They took advantage of federal money to invest in many improvements.

These improvements were largely the changes that Archibald DeBow Murphey had pushed earlier in the century. Federal money was used to buy stock in several railroads, including the state-controlled North Carolina Railroad, which ran across the Piedmont from Goldsboro to Charlotte. The state also purchased stock in banks and chartered more than a dozen cotton mills and other businesses. The money even funded the draining of some coastal swamps to produce lands that could be sold. A Literary Fund was started to support a public, or common, school system, which had been established in 1839. By 1846, every county had at least one common school that received state funding, and interestingly, counties that supported Whigs sent a majority of their children to school.

The Democrats Fight for Control

All this progress worried Democrats. The state was spending more money than ever before, some of it even on social reforms. But Democrats argued that the Whig-controlled government had become unresponsive to the needs of most voters. Leading Democrats decided to try a new platform to gain political control of the state.

David Settle Reid, a Democrat from Rockingham County, pointed out that in North Carolina, white men who had paid taxes, even if they did not own land, could vote for state representatives, but they could not vote for state senators. That meant that many North Carolina voters had no control over the actions of one-half of the state legislature. Reid felt the government should be more responsive to more people. He campaigned to change the state constitution to allow all white men to vote, a concept known as free manhood suffrage.

By 1850, Democrats had come to accept the idea of a more active state government that would benefit more people. They especially began to see the importance of promoting public education. As Democrat Reid became governor, Democrats also took control of the legislature. During the 1850s, they continued to expand upon Murphey’s old proposals. They supported, for example, building the Western North Carolina Railroad. By 1859, North Carolinians across the state were united in their belief that internal improvements benefited most state residents. But they continued to be divided by political party.

Party rivalries and loyalties followed North Carolina’s traditional sectional divisions. In the late 1830s, most Whig voters came from the western half of the state, the same areas that had earlier called for constitutional reform.

By the 1840s, though, counties in three areas could be expected to vote for Whigs in election after election. The central Piedmont, particularly around Guilford and Randolph counties, was strongly Whig—partly because this area was against slavery. The deep Mountain region, counties like Haywood and Buncombe, was Whig because mountain farmers had long been remote from markets for their products—they wanted improvements in transportation. The third area of Whig support was the swampy coastal area, particularly those counties around the Albemarle Sound—they wanted internal improvements such as dredging and draining that would ease transportation and create new useful land.

Democrats held majorities in distinct areas of the state, too. Democratic areas were less likely to support spending money on internal improvements because their residents were satisfied with transportation systems as they were. Democrats were also likely to be found in slaveholding counties, since they nationally were the stronger defenders of slavery. They were strongest in the middle Coastal Plain between Fayetteville and Rocky Mount, where planters and farmers already had easy river transportation to ports and markets. Many counties along the Virginia and South Carolina borders also voted consistently Democrat, largely because in these areas, too, farmers could get their goods to markets—even though those markets were in Virginia towns like Petersburg and Richmond or South Carolina towns like Georgetown and Charleston. The final Democratic stronghold was the Catawba River valley, around Charlotte, which also traded directly with South Carolina ports down the Catawba.