The portrayal of the relationships, perceptions, and struggles of "common" North Carolinians-particularly in small towns ranging from the mountains to the coast-became the focus of the works of many of the state's writers during the second half of the twentieth century, often garnering national and international attention and signaling what may be labeled a literary renaissance. After writing several books of short stories, Statesville-born Doris Betts published her first novel, Tall Houses in Winter, in 1957. The central theme of her next work, The Scarlet Thread (1965), is a new cotton mill built on the Katsewa (Catawba) River in Stone (Iredell) County and the people whose lives will be changed because of it. Betts's other works of fiction include Beasts of the Southern Wild (1973), Heading West (1982), Souls Raised from the Dead (1994), and The Sharp Teeth of Love (1997).

Asheville-born Wilma Dykeman is the author of well over a dozen books, several of them novels, and numerous memoirs. The Tall Woman (1962) tells of a courageous mother's attempts to improve life among the primitive inhabitants of the mountains; its sequel, The Far Family (1966), continues several generations later. Return the Innocent Earth (1973) is based on the fact that Dykeman's husband, James R. Stokely Jr., belonged to the farming family that established the Stokely canning complex. Explorations (1984), a collection of essays, reflects many of Dykeman's experiences in nature and with family in western North Carolina as well as many other places, featuring interior as well as outer explorations. Most of her books are influenced by her love of the natural treasures of her region and the variety of the people who live there.

Reynolds Price's first novel, A Long and Happy Life (1962), is a fascinating story of pastoral Warren County. Born in Macon, a village near Warrenton, Price graduated from Duke University and in 1955 traveled as a Rhodes Scholar to Merton College, Oxford University, to study English literature. He returned to Duke, where he has stayed the rest of his career. Price has published more than two dozen books, including The Surface of Earth (1975) and The Source of Light (1981). His novel Kate Vaiden (1986) received the National Book Critics Circle Award in 1986, and his Collected Stories appeared in 1993. Price has also published volumes of poems, plays, essays, and translations and two volumes of memoirs. He is a member of the American Academy of Arts and Letters, and his books have appeared in 16 languages.

Anne Tyler, brought up in Raleigh and Price's student when he began teaching at Duke, published her first novel, If Morning Ever Comes, in 1964. The Tin Can Tree (1965) used Tyler's teenage experiences while working in a tobacco warehouse. The setting of A Slipping-Down Life (1970) is the North Carolina towns of Pulqua and Farinia (Fuquay-Varina in Wake County). Tyler's novels include Dinner at the Homesick Restaurant (1982), her first best seller, and The Accidental Tourist (1985). Her eleventh novel, Breathing Lessons, was awarded the Pulitzer Prize in 1989. 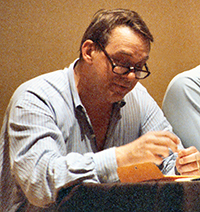 Canton native Fred Chappell emerged by 1985 as among the most acclaimed writers in North Carolina. Much of Chappell's work is rooted in his native mountains west of Asheville. It Is Time, Lord (1963) tells of a man lost in memories and dreams as he contemplates his grim past. In The Inkling (1965) Chappell creates a circular novel, beginning and ending at the same moment. His other novels include Dagon (1968), The Gaudy Place (1973), and the Kirkman Trilogy-all fictionalized remembrances of Chappell's youth on a mountain farm. In addition to more than 20 books, Chappell has published criticism, essays, and reviews in newspapers and journals. 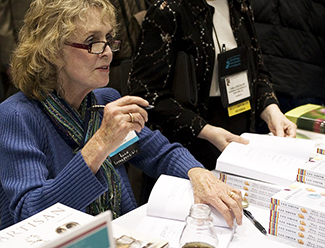 Lee Smith wrote three novels before moving to North Carolina in 1974. Her first North Carolina novel, Black Mountain Breakdown, was published in 1981. In Oral History (1983), told in the fashion of a folktale, a young mountain man sets out to find a wife; however, the girl he marries is the witch Red Emmy. Smith also wrote two collections of short stories and was a recipient of the 1991 Robert Penn Warren Prize for Fiction and the John Dos Passos Award. She continues to contribute thoughtful entries to the fiction arena, including 1995's Fair and Tender Ladies.

Gail Godwin was born in Alabama but spent her formative years, like so many other literary talents, in Asheville. Although she moved to Woodstock, N.Y., her writing remained distinctly southern. She has taught at Vassar College and Columbia University and has received a Guggenheim Fellowship and the 1981 Award in Literature from the National Institute of Arts and Letters. Her highly praised books include Violet Clay (1978), Mr. Bedford and the Muses (1983), and Evensong (1999). Like Godwin, Asheville native Charles Frazier used his knowledge of the North Carolina mountains to harvest the region's ever-fertile literary themes. A teacher of early American literature at the University of Colorado, Frazier stopped in 1990 to focus on his writing, and his efforts produced the hugely successful Civil War novel Cold Mountain (1997), modeled roughly on the geography of his native state. Frazier's work brought him wide critical acclaim, winning a National Book Award and reaching the New York Times best seller list.

Beginning with the unique and unsettling twists common to the stories of Greensboro's O. Henry (William Sydney Porter, 1862-1910), North Carolina has been home to a vital community of writers that have gained national acclaim in the mystery and science fiction genres. Lilian Jackson Braun (1916-) and Orson Scott Card (1951-), though born in other states, are long-time North Carolina residents who have been particularly prolific. Beginning in 1966 with the publication of The Cat Who Could Read Backwards, Braun has written numerous additions to her series of mysteries featuring the crime-solving 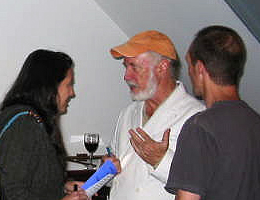 Gurganus represents some of the diverse fiction offerings that continue to emerge from North Carolina writers. Most notably, University of North Carolina at Chapel Hill graduate Randall Kenan's writing explores a broad range of African American life, often reaching back to his childhood in Chinquapin. Kenan's works include the novel A Visitation of Spirits (1989); a collection of short stories, Let the Dead Bury Their Dead (1992); and the nonfiction Walking on Water: Black American Lives at the Turn of the Twenty-First Century (1999), which chronicles a seven-year exploration of the contemporary black experience. Doris Betts protégé at Chapel Hill Sarah Dessen has achieved great success with her young adult selections, including That Summer (1996) and Dreamland (2000).