North Carolina Writers in the Early to Mid-Twentieth Century

As the twentieth century dawned, North Carolina fiction writers continued to weave impressive historical narratives, often throwing light on the distressing political, racial, and personal divisions that characterized the state. Thomas Dixon Jr., a native of Cleveland County, wrote The Leopard's Spots (1902) and The Clansman (1905), novels of the Reconstruction from which the inspiration for D. W. Griffith's epic motion picture The Birth of a Nation (1915) was gleaned. A former minister, Dixon was a propagandist for the doctrine of white supremacy. His first two novels became immediate sensations but were imbued with an overly prevailing racism.

Thomas Wolfe has left an indelible mark on the literature of North Carolina and the world. Born in Asheville in 1900, his epic autobiographical novel Look Homeward, Angel (1929) has never gone out of print since its publication. Perhaps the most overtly autobiographical of the state's (and the nation's) major novelists, Wolfe's boyhood in his mother's boardinghouse colored his work and influenced the rest of his life. His reflections were so frank and realistic that Look Homeward, Angel was banned from Asheville's public library for more than seven years. His second novel, Of Time and the River (1935), was a continuation of Look Homeward, Angel, and Wolfe's last two major novels (published posthumously), The Web and the Rock (1939) and You Can't Go Home Again (1940), followed the events of his life in New York City, his wandering travels through Europe, his success as a novelist, and his famous final revelation that "you can't go home again." Wolfe died of brain tuberculosis on 15 Sept. 1938, only 18 days short of his thirty-eighth birthday.

After Robert Strange's Eoneguski and Calvin Henderson Wiley's Alamance and Roanoke, several novels with a 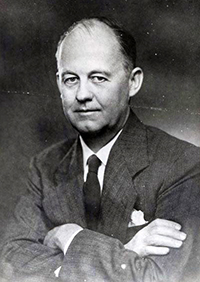 background of North Carolina history were published, but few were of major distinction. An exception is James Boyd's Drums (1925), a classic of North Carolina literature that determined a new direction for the genre and brought the historical novel out of the commonplace. Boyd had read thoroughly into the documents of the period and his meticulous historical detail permeated Drums. The novel is a saga about a North Carolinian's everyday hopes and tribulations during the Revolutionary War. Boyd's Civil War novel, Marching On (1927), was also well received.

Another author's careful research continued to strengthen the tradition of the state's fine historical novels. In Alexandria (1940), LeGette Blythe of Huntersville rendered the panorama of revolutionary years in North Carolina, focusing on the heroic actions of Whigs in Mecklenburg County. Dozens of celebrated characters from history supplied the background of Blythe's fiction. His Call Down the Storm (1958) relates the downfall of a dignified family by interracial marriage in nineteenth-century North Carolina, then moves to the 1950s to relate how history could repeat itself. 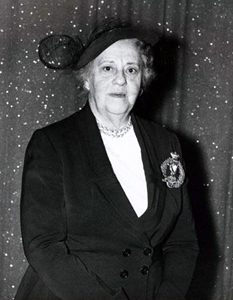 Raleigh's Eden (1940) was the first of 12 novels in Inglis Fletcher's "Carolina Series." Like Boyd and Blythe, Fletcher believed that research needed to precede composition. Her work recounts the establishment of a democratic state from an early attempt at colonization up through the ratification of the Constitution. Among novels in her popular series are Roanoke Hundred (1948), The Wind in the Forest (1957), and Wicked Lady (1962).

John Ehle inaugurated his series of historical novels set in western North Carolina by writing a trilogy depicting life in three geographic locations of the state. Ehle began with the Piedmont: In Move over, Mountain (1957), he details how a black man in "Leafwood" (Carrboro) succeeds in overcoming obstacles by keeping resolute in his family bonds. (The racial divide in the area would arise decades later in Daphne Athas's Chapel Hill/Carrboro novel Entering Ephesus, published in 1971.) The setting of Ehle's second novel, Kingstree Island (1958), is actually Ocracoke, where an outsider battles the leader of the island for acceptance. In his third novel, Lion on the Hearth (1961), Ehle uses his native Asheville for the story of a sensitive young man in an unfeeling environment. Ehle's other novels include The Road (1967), The Winter People (1982), and The Widow's Trial (1989). Ehle has also written five books of nonfiction, including Trail of Tears: The Rise and Fall of the Cherokee Nation (1988).