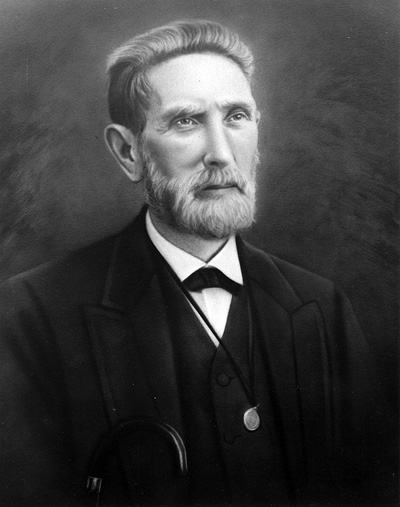 Brantley York, Methodist clergyman, educator, lecturer, and author, was born near Bush Creek in Randolph County, the seventh of nine children of Eli and Susanah Harden York. His grandfather, Henry York, immigrated to the United States from Yorkshire, England. Because of Eli's uncertain employment as a distiller and miner, the family fortunes fluctuated considerably, often depending on income from the children working as hired hands. Young Brantley thus attended school only thirteen months in a ten-year period; nevertheless, the excitement of learning and the challenge of obtaining an education captivated him. Obviously largely self-taught, by age nineteen York was reading a thousand pages a week through the auspices of the formally organized Library Society of Ebenezer Church, the place of his conversion at a camp meeting in 1823. Influenced strongly by the organizational structure of Methodist class, band, and camp meetings, York closely associated education and religion throughout his life. He began teaching at Bethlehem Church in Guilford County in 1831 and was licensed to preach in 1833.

In 1838, after ordination as a deacon and an unpleasant administrative mix-up that prevented his joining the newly organized North Carolina Conference of the Methodist Episcopal church, York consented to teach a subscription school in northwestern Randolph County. The school, in an infrequently used building, was called Brown's Schoolhouse after the owner of the land where it was located. Immediate success necessitated replacement of the rough log building with a hewn log building in the summer of 1838 and again with a two-room wooden frame structure in the summer of 1839.

York drew up plans for support of a permanent academy by an Education Association, and when they were implemented, he selected the name Union Institute not for patriotic reasons but because the school united nearby predominately Methodist and Quaker communities. Incorporated by the legislature in January 1841 as Union Institute Academy, the school later became Normal College, Trinity College, and after its move to Durham in 1892, Duke University in 1924. Though gratified with the success of the venture, York considered his years at Union Institute "truly onerous." It was a large school of over fifty male and female students requiring considerable time in raising money, and late at night while preparing for recitations in subjects he had not adequately studied, York noticed his vision failing in one eye.

The experience at Union Institute set the pattern for his lifework despite complete blindness that occurred in 1853 at age forty-eight. He organized Clemmonsville High School in Davidson County (1842), Olin High School in Iredell County (1851), York Collegiate Institute in Alexander County (1856), Ruffin-Badger Institute in Chatham County (1869), and New Salem and Randleman High School in Randolph County (1881). From 1873 to 1877 he was professor of belles lettres (higher English, logic, rhetoric, and elocution) at Rutherford College.

York published a successful series of original grammars beginning with York's English Grammar (1854), which had one additional revision in New York in 1859. His Common School Grammar (1860) and High School Grammar (1862) were published in Raleigh in at least four editions each. Appearing in 1873 was his The Man of Business and Railroad Calculator, a book of "applied arithmetic and legal forms."

Although York never joined the annual conference or itinerant ministry, he continued to preach, especially enjoying camp meetings. He preached in local churches in towns where he was delivering a series of lectures. Traveling with a member of his family and even alone, he would present from four to twenty lectures in a community mostly on English grammar but also on education or Prohibition. Income from the sale of his books, lecture fees, and donations provided the major means of support for his large family. Traveling throughout North Carolina and into South Carolina, Virginia, and Arkansas, he estimated late in life that he had preached or lectured over 8,000 times and taught more than 15,000 pupils.

York was president of the Randolph County Temperance Society in 1853, and he spoke widely in the statewide Prohibition campaign of 1881. He served as the first president of the North Carolina Local Ministers' Conference, and Rutherford College awarded him a D.D. degree.

York, Brantley. The man of business and railroad calculator : containing such parts of arithmetic as have a special application in business transactions. Raleigh, NC: J. Nichols & Co. 1873. https://archive.org/details/manofbusinessrai00york (accessed February 17, 2014).