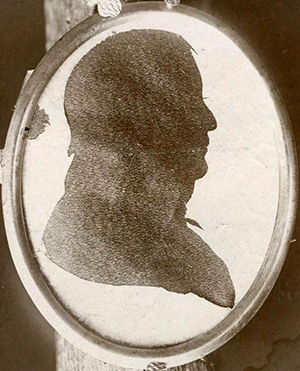 James Turner, farmer, legislator, U.S. senator, and governor, was born in the part of Bute County that became Warren County in 1779. His father, Thomas, a farmer, had lived in Granville County since at least 1754; Bute was formed from Granville in 1764. By 1790 James Turner had twenty slaves; two plantations, Bloomsbury near Warrenton and Oakland near Williamsboro, were associated with the family.

Turner received scant education in local academies. As a teenager he served as a private in a local volunteer company that marched with General Nathanael Greene's army in 1781 during the last campaign of the Revolutionary War. An older neighbor, Nathaniel Macon, was in the same company, and a circle of young men soon forged ties of political interest that lasted a lifetime. By the time that Turner was elected without opposition as a Warren County member of the House of Commons in 1797, he was already identified with the "Warren junto," the name applied to Macon's adherents.

Turner served three terms in the house and then went to the state senate in 1801. He was reelected in 1802, and when governor-elect John B. Ashe died before taking office, Turner was the legislature's choice for governor. He was reelected for one-year terms in 1803, 1804, and 1805. His terms coincided with a period when the Jeffersonian Republican party took a firm grip on state affairs. His three gubernatorial messages to the Assembly were noteworthy mainly for their short passages expressing the Jeffersonian belief that education was a necessity for a free society. But they were devoid of concrete suggestions for public support of education and were not acted upon by the legislature.

When Montford Stokes declined to serve after having been elected, the state legislature sent Turner to the U.S. Senate on 21 Nov. 1805. Turner resigned as governor to join a Washington delegation from North Carolina dominated by Macon, then Speaker of the U.S. House of Representatives.

Although he stayed in a Capitol Hill boardinghouse that was also quarters for Macon, Turner showed some independence from his friend when Macon became a leader of a "Quid" Republican opposition to Jeffersonian policies. He embraced the Louisiana Purchase and staunchly supported the conduct of the War of 1812, unlike his North Carolina colleague, David Stone. Turner did not play an active role in Senate affairs, only being listed once as a committee member and that on the Committee on Enrolled Bills.

His service was increasingly mortgaged to bad health, and when he was unable to leave for the session of 1816, he sent a letter of resignation, dated 21 Nov. 1816, to Governor William Miller, another Warren County neighbor. Turner took no further active part in politics and died at Bloomsbury, where he was buried.

Turner was married three times and survived by his third wife. In 1783 he married Mary Anderson of Warrenton, and they had four children: Thomas, Daniel, Rebecca, and Mary. She died in 1802, leaving, according to her obituary, "a smiling race of pratlers." Anna Cochran became Turner's second wife in 1803; she died in 1806. He married Elizabeth Johnston, widow of Dr. William Johnston, in 1810, and they had two daughters. Their daughter Rebecca married George E. Badger, of Hillsborough, later a congressmen and Secretary of the Navy in the administrations of presidents William Henry Harrison and John Tyler. Turner's son Daniel was a graduate of the U.S. Military Academy, an officer in the War of 1812, and a congressman in 1827–29.

"Communications. To His Excellency James Turner, Esq. Governor of the State of North-Carolina. The memorial of Duncan M'Farland..." An American Time Capsule: Three Centuries of Broadsides and Other Printed Ephemera. Library of Congress. http://hdl.loc.gov/loc.rbc/rbpe.13500400 (accessed March 1, 2013).

Looking for information on Tabitha Kee married a Dudly Goin in 1815 in Surry, County. She then married a John Farmer in 1821 in Granville or Grayson , Co.
Do you have anything on her?

I am looking for a woman born

I am looking for a woman born about 1796-1800 who well may have been a slave or at least married to a slave. Tabitha (Tobitha) Kee or Ker married Dudley Goin in 1815 noted at that time as Surry County. She then married a John Farmer in Granville County. I am wondering if there is any indication in the records that she may well have been a part of the family or plantation? Could you e mail me anything you may have on her or Dudly. The trail abruptly ends. She did live in Russell County, Va then with John Farmer until death at least I believe that to be true, several children together before he remarried.

Thank you for reaching out to us with your question. I am refering it to our reference team. You may also want to reach out to them directly, slnc.reference@ncdcr.gov. I also wanted to share a website from UNC-Greensboro--Digital Library On American Slavery (https://library.uncg.edu/slavery/) It may have some information that will help you.

I wanted to know the names of

I wanted to know the names of the slaves that he owned. I believe that I am a descendant of one of his slaves. If I can connect the dots on this I will be closer to pinpointing where my family came from. If he had any siblings that information would be helpful as well.

Hi David pls contact me. I also have info that I'm connected to this plantation. Maybe we have the same relatives. Thanks!

A few small corrections to

A few small corrections to the last paragraph. First, according to Moore and others, James Turner married his first wife in 1793, not 1783 (when Turner would have been only sixteen or seventeen). In addition, Rebecca Turner Badger (1799-1824) was the daughter of James and this first wife Mary, not Turner's third wife Elizabeth Johnson -- as is suggested by this article. Finally, Rebecca's husband George E. Badger was later a U.S. Senator and was Secretary of the Navy under Presidents William Henry Harrison and John Tyler, not Benjamin Harrison.

Thanks for visiting NCpedia and taking the time to highlight this incredibly  excellent question.

Quality sources and providing readers with those sources are an important part of what make NCpedia a great resource. Unfortunately, historical sources and researchers are not always in agreement.  You've helped us highlight this really important part of historical research.  At NCpedia we also make a commitment to updating entries when we have new, relevant, or better information.  Your question will help us continue this effort.

And at the moment, I don't have an answer to your question!  This will take some additional research.  I have also responded to you in email and will update you when we have some clarification.

You may also be interested in an additional entry on James Turner in NCpedia, written by an historian at the NC Office of Archives and History.  He also indicates the Warren County birthplace but also cites the sources you point out that indicated Virginia.

Thanks for your question and contribution!