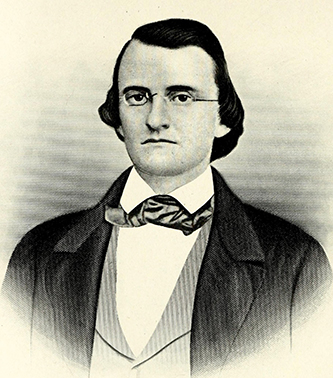 Sion Hart Rogers, lawyer, congressman, soldier, and attorney general, was born in Wake County near Raleigh. His parents were Sion, a planter whose father was the nephew of the first sheriff of Wake County, and Narcissa Gray Jeffreys Rogers. After attending the Lovejoy Academy in Raleigh, Rogers entered The University of North Carolina, where he received a B.A. degree in 1846 and an M.A. degree in 1849. He was admitted to the bar in 1848 and began his practice at the law office of U.S. Senator George E. Badger in Raleigh.

Rogers, a Whig, was nominated in 1852 for a seat in the North Carolina House of Commons, only to be defeated by Judge Romulus M. Saunders, who was able to obtain a majority of twenty-seven votes. In 1853 Rogers was again nominated by the Whig party but this time for a seat in the U.S. House of Representatives. Rogers won the election, defeating Abram W. Venable, a Democrat, by a small majority. He declined, however, to be a candidate for renomination in 1854 and returned home to be a solicitor for the Raleigh district of the superior court.

With the secession of North Carolina from the Union on 20 May 1861, Rogers, like many of North Carolina's leading citizens, offered his services to the Confederacy. On 21 May he received a commission as first lieutenant of Company K (the Raleigh Rifles) in the Fourteenth Regiment of North Carolina Troops. After resigning from this regiment on 11 Nov. 1861, he received a commission as a colonel in April 1862 and was placed in command of the Forty-seventh Regiment, North Carolina Troops, which was still in the process of organizing. Rogers and those companies of the Forty-seventh that had arrived in Raleigh were sent to eastern North Carolina, near Kinston, and placed under the overall command of Brigadier General Nathan George (Shanks) Evans. Rogers and his regiment assisted in the attempt to block Federal forces under the command of Major General John Gray Foster that were advancing up the Neuse River. The Forty-seventh Regiment remained in and around Kinston for several weeks before returning to Raleigh to complete its organization. Colonel Rogers resigned from the Confederate army on 5 Jan. 1863, after his election as attorney general of the state of North Carolina the previous December. He served in this position until the constitution of 1868 took effect. 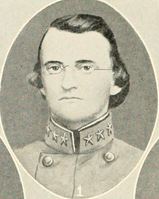 Having become a Democrat after the war, Rogers won a seat in the Forty-second Congress (4 Mar. 1871–3 Mar. 1873). James H. Harris, his Republican opponent, contested the election and thus prevented Rogers from serving the Fourth District for the full two years; not until 23 May 1872 did he begin his duties in Congress. In his bid for reelection Rogers was defeated by William A. Smith, a Republican who won a majority of 724 votes. Rogers's most successful initiative on Capitol Hill was to secure the funds for a federal post office and courthouse building in Raleigh. The cornerstone of this structure was laid on 4 July 1874, but construction was not completed until after Rogers's death.