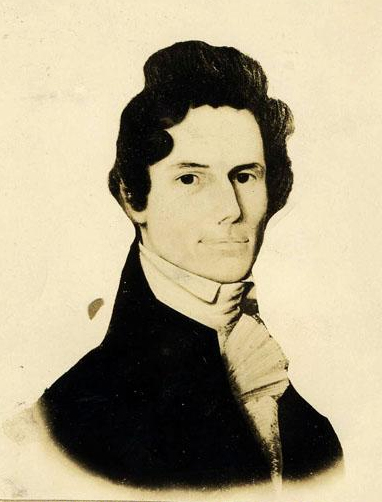 Abraham Watkins Venable, planter and congressman, was born at Springfield, his father's large plantation in Prince Edward County, Va. His parents were Samuel Woodson and Mary Scott Carrington Venable, both of Virginia. His paternal grandfather had immigrated to Virginia from England about 1765. Young Venable studied at home for several years under private tutors, then entered Hampden-Sydney, from which he was graduated at age seventeen. He next studied medicine for two years at what was to become the Medical College of Richmond, believing that this skill would be beneficial to a slaveholder. But he took a standard academic course at Princeton in 1818, read law, and was admitted to the bar in 1821. After engaging in planting and the practice of law in Prince Edward and Mecklenburg counties, he moved to North Carolina in 1829 and settled in Granville County in the now defunct town of Brownsville. By 1860 he owned forty-three slaves and real estate worth $69,000.

Venable was a Democratic presidential elector in 1832 and 1836. In 1846 he was elected to the first of three consecutive congressional terms. He was defeated for renomination in 1852 largely because of his opposition to the moderate Compromise of 1850. Although entering Congress as a moderate, he had become a strong champion of Southern rights by 1848. In denouncing Abolitionists that year, he said: "I hail dissolution with contentment, yes, even with satisfaction, if the bonds of the union are to be maintained only to expose us to the taunts of fanatics and hypocrits."

On 22 Feb. 1853, with suitable remarks, he delivered a block of North Carolina marble to the Washington Monument Society for the monument to the first president. Measuring four feet by two feet, it bore a sculptured bas relief and the name of the state.

During the winter of 1860–61 Venable campaigned for a secession convention, arguing that the North would not dare to oppose dissolution. After the ordinance of secession was adopted in May 1861, the Democrats to the state convention secured his election as a representative to the Confederate Provisional Congress. Here his strong states' rights convictions compelled him to oppose the Davis administration's moderate tax program, but otherwise he was its energetic supporter. In the fall of 1861 he announced for reelection but refused to campaign. The vigorous race conducted by his two rivals overshadowed his candidacy, and he received few votes, the district going for A. H. Arrington. At this juncture Venable retired from politics and soon from his law practice. He spent the last four years of his life at the home of his son in Oxford, where he died. He was buried in the Shiloh Presbyterian churchyard in Granville County.

Shortly after his death an article in the Richmond (Va.) Dispatch described Venable as "a true Virginia gentleman," "easy and independent," "exceedingly kind, social, and frank," and "genial and good humored." He was apparently notoriously voluble and, according to the Raleigh Sentinel, had once participated in a talking contest with the biggest talker in Kentucky. When morning came, the Kentuckian was dead and Venable was found still whispering in his ear.

In 1824 Venable married Isabella Alston Brown of a neighboring Virginia family. Her parents' wedding gift to the couple was a plantation. The Venables had five children: Thomas Brown, Samuel Frederick, Belle, Martha Elizabeth, and Grace.

Ezra J. Warner and Wilfred B. Yearns, Biographical Register of the Confederate Congress (1975).