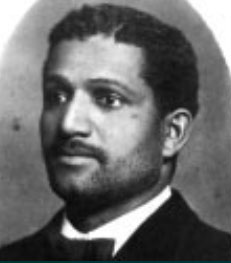 Berry O'Kelly, merchant, realtor, banker, and philanthropist, was called at his death "the most prominent leader of the Negro race in Wake County and outstanding as an educator and religious chieftain of his race." He was born in Orange County to a slave mother, Frances Stroud, who died soon after his birth. Relatives of hers, who raised him, gave him the family surname and reputedly the first name of an uncle. He later moved to Wake County to live with other relatives who had been among the first settlers of Method, a small post–Civil War community west of Raleigh. These included an uncle, William Patterson, and a first cousin, Nelson O'Kelly. He acquired his education in an early postwar public school in Orange County and in the village school at Method, then called Mason Village.

As a youth O'Kelly began doing general chores and driving for a white family in Raleigh. At about age twenty-two, he became a clerk in the store that had opened in Mason Village in 1873; by then it was owned by C. N. Woods, one of its organizers. With a hundred dollars saved from his earnings, O'Kelly bought an interest in the store, which was renamed Woods and O'Kelly, and acquired sole ownership when Woods moved to Oklahoma in 1889. He continued to travel by horse and buggy to buy produce, eggs, butter, and chickens to sell and became a commission and wholesale merchant. Situated alongside a spur track of the Southern Railroad, which also paralleled the highway then linking Raleigh and Durham, the store prospered not only as the principal supplier to Method residents but also as the unloading facility for goods sought by affluent residents of Raleigh. Eventually the business owned two large warehouses, and O'Kelly's trade included transatlantic shipments of goods to ports in Africa and other foreign points.

In October 1890 the U.S. government established a post office in the Mason Village community, changing its name to Method and naming O'Kelly its first postmaster.

O'Kelly's business enterprises in Method and in Raleigh were extensive. In the early 1900s he established the Peoples Investment Company, of which he was president. About 1910 he formed a partnership with John T. Turner, proprietor of a grocery store in Oberlin, another postwar African American village west of Raleigh, and they organized the Raleigh Shoe Company at 15 East Hargett Street downtown. The partnership continued until about 1925, after which the business was O'Kelly's alone, with Turner's son Jerome managing the store. At about the same time O'Kelly purchased and remodeled a brick commercial structure near the corner of South Wilmington and East Hargett streets. Known as the O'Kelly Building, it leased space to other black-operated businesses such as cleaning and tailoring services and a building and loan association. From this and nearby buildings were operated businesses in which O'Kelly was owner and/or officer. Among them, he was president of the Acme Realty Company, board chairman of the Eagle Life Insurance Company, and principal stockholder in the Raleigh Independent, an African American newspaper published between 1917 and 1926.

O'Kelly was also active in banking. When the Durham-based Mechanics and Farmers Bank established an office in Raleigh, he headed the stock sales committee and negotiated the purchase of a building site for the bank, which opened in January 1923. In 1928 he became vice-president and manager of the Raleigh branch; later he was named chairman of the local board. In the bank holiday of 1929, only two banks in Raleigh remained open: the Wachovia Bank and Trust Company and the Mechanics and Farmers Bank.

Over the years O'Kelly acquired considerable property. Weathering the financial crisis of 1929, his real estate holdings at the time of his death two years later had a valuation of $145,855—a figure that the News and Observer particularly noted when the estate papers were made public. Included were large tracts in and near Method and about thirty-seven parcels of land in Raleigh.

O'Kelly wielded strong political influence, demonstrating more than once his ability to secure black votes for bond elections and other causes. In 1911 Raleigh and Wake County leaders, with his assistance, were successful in having a major western highway from Raleigh routed through Cary rather than Leesville. In the mid-1910s he helped secure passage of a bond creating a new road district between Raleigh and Cary. He also persuaded the county commissioners to locate one section of the new pavement in such a way as to avoid bypassing Method and isolating its churches and school, as well as the O'Kelly store and warehouses. At the time of his death, Raleigh attorney J. M. Templeton, Jr., wrote: "Not only those of his own race, but all movements for civic progress had his support and his influence . . . extended beyond his own color and was felt in school and road elections in western Wake during the last two [1911–31] decades." Admittedly neither Republican nor Democrat, O'Kelly was said by his friend and business colleague, Charles R. Frazer, Sr., to have believed in "the best man for the job" and to have organized a civic and business league to fight the practice of ward heeling.

In his later years O'Kelly's chief interest was in promoting education, especially for blacks. As chairman of his school committee, he set about upgrading the small school in Method that had opened soon after the Civil War. In 1914 it became a county teacher-training and industrial school, one of only three in North Carolina, and was named the Berry O'Kelly Training School. O'Kelly contributed heavily of time, money, and real estate to improve the campus and curriculum and raised additional funds by obtaining small gifts from others in the community. He was instrumental in consolidating the school with three other small rural Wake County schools and transforming it into a boarding school that drew pupils from throughout the state. In 1919 it was one of the first African American schools to establish a nine-month term, and by 1923 it was one of only three black public schools accredited by the state. All five members of its first graduating class that year entered college. By the 1927–28 school year, the campus included eight buildings. O'Kelly succeeded in enlisting the aid of foundations, beginning with the Slater Fund in the 1910s. While participating in the annual Tuskegee Conference held by Booker T. Washington, O'Kelly met philanthropist Julius Rosenwald, of the Sears Roebuck Foundation, who made gifts to the school in the 1920s. Visiting Wake County in 1928 to dedicate a new auditorium at the O'Kelly school, Rosenwald noted his pleasure in being associated with "my friend, Berry O'Kelly, the man who has really made this school possible." With the gradual improvement of Negro schools in other counties, the number of boarding pupils at Method decreased, and the boarding department was eventually eliminated. Following educational changes resulting from desegregation in the 1950s, both high school and elementary grades on the campus had been phased out by 1966. O'Kelly was also a trustee of Kittrell College.

Although opposed to the principle of separate state fairs for blacks and whites, O'Kelly once served as president of the North Carolina Negro State Fair and secured Booker T. Washington as speaker. O'Kelly was a member of the State Interracial Commission and served on its executive committee, a member and auditor of the Raleigh Union Society, and a life member of the National Negro Business League, which he and Booker T. Washington had founded. He was a Mason and an Odd Fellow and served on the executive committee of their local organizations.

A member and major supporter of St. James's African Methodist Episcopal Church in Method, O'Kelly was a trustee, a steward, and a teacher in the Sunday school; he was a lay member of the North Carolina General A.M.E. Conference.

His first wife was Chanie Ligon (4 July 1863–7 July 1902), the daughter of one of the earliest Method settlers, Lafayette Ligon, for whose family Ligon Street was named. She left no children. In 1923 O'Kelly married Marguerite Bell (1893–1967), of Bayonne, N.J., who had been a teacher in the Method elementary school since 1921. Their daughter Beryl (b. 5 Nov. 1929) married Joseph Brooks, of Long Beach, Cal., where she became a school principal. Beryl Street in Method was named for her, as O'Kelly Street had been named for her father. O'Kelly's widow later married Algernon Thomas White (1887–1955), who had been his secretary and business partner in the Method community enterprises and who succeeded him as postmaster there. White's son John Owen and his wife Harveleigh M. White, the third and fourth postmasters, became civic leaders in Method.

The Method community underwent a series of changes beginning in 1960, when it was annexed to the city of Raleigh. In 1969 the one-hundred-unit "RICH" housing project opened on part of the Berry O'Kelly Training School site. The O'Kelly store buildings were demolished after his death.

O'Kelly became ill in mid-February 1931 and died in St. Agnes's Hospital four weeks later. Funeral services were conducted from the auditorium of the school named for him, followed by burial in the nearby churchyard of St. James's A.M.E. Church at 608 Method Road.

Thomas Byrd and Jerry Miller, Around and about Cary (1970).

E. A. Cox, "The Berry O'Kelly Training School: A Tribute and a History," North Carolina Teachers Record 2 (May 1931).