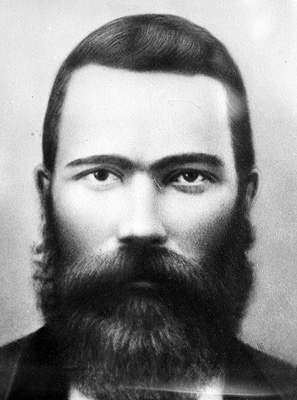 Henry Berry Lowry, outlaw and Robin Hood-like bandit, was born near present-day Pembroke, of native American and Scottish ancestry, one of fourteen children of Allen and Mary Cumbo Lowry and the youngest of their ten sons. The family was Methodist and had lived in the community for more than a century. Lowry's great-grandfather and grandfather had been large landholders, but, for reasons that are not entirely clear, the family became involved in a series of lawsuits, or land suits, which resulted in the loss of most of their holdings. According to one source, this was because they had supported the Whigs during the American Revolution and for more than a generation afterwards were subjected to a bitter vendetta by their predominantly Tory neighbors. It appears more likely, however, that they were caught up in the general ruination of Indian and mixed Indian families during the age of Andrew Jackson. As the racial attitudes of whites hardened, those Indians who escaped removal to the West found themselves faced with a gradual loss of civil rights and diminishing educational opportunities. It is probable that the position of native Americans in eastern North Carolina was never more difficult than it was during the Civil War generation into which Henry Berry Lowry was born. 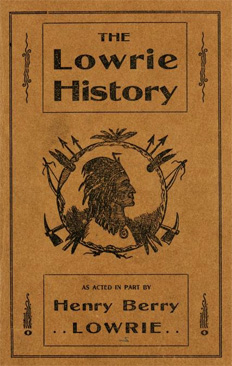 Following the outbreak of the war, the Confederate government made extensive use of compulsory Indian labor for the construction of a system of forts around the mouth of the Cape Fear River. This was because a yellow fever epidemic in the area had sent free labor in a head-long flight for higher and healthier ground, and planters vehemently protested the government's policy of commandeering their slaves for this deadly work.

Lowry joined a band of Indian bushwackers who were hiding out in the swamps to stay out of reach of Confederate conscription officers. These men were led by his older brother, William, and were already known as "the Lowry band." During the closing months of the war, they were reinforced by Federal soldiers and officers who had escaped from the Confederate prison camp near Florence, S.C., and they engaged in guerrilla warfare with the Confederate Home Guard. Though one of the youngest members of the band, Henry Berry Lowry attracted attention to himself by assassinating a Confederate postmaster who was serving as a scout for the Home Guard as well as a conscription officer who had recently killed three of his first cousins. After William and his father were captured and executed by the Home Guard in March 1865, young Henry Berry came to be regarded as the new leader of the Lowry band.

With the collapse of the Confederacy, as Union army regulars returned to their homes in the North and local bushwacker veterans to their peacetime occupations, it appeared for a time that the Lowry band also had ceased to exist. On 7 Dec. 1865, Lowry married Rhoda Strong. But immediately after the ceremony, and in the presence of several hundred wedding guests, the young groom was arrested by former members of the Home Guard (now reconstituted as the county militia) and charged with murder for the wartime killing of James Barnes, who had been serving as a Home Guard scout. Lowry never stood trial on this charge, however. Friends smuggled a file to him in the jail at Whiteville, where he was being held, and he escaped. The Conservative governor, Jonathan Worth, declared him an outlaw and offered a three-hundred-dollar reward for his capture, dead or alive. But protected by a band of wartime companions and other sympathizers, he remained at large for the next three years despite efforts of the sheriff and the militia to recapture him.

With the Republican victories of 1866–67 and the establishment of a radical administration in North Carolina the following year, it appeared that what had come to be called the "Lowry War" might at last be settled. In many ways the Republican leaders spoke the same language as the Lowry sympathizers. To many Indians, however, the Republicans in power seemed to be less radical than the Republicans seeking power. Now that they were in control, the Republican leaders did not renew their earlier efforts to prosecute members of the Home Guard who had executed Indians without proper trial. Also they were strangely silent on the question of whether the Conservative governor's proclamation of outlawry against Lowry still had the force of law. The only concession that they would make to his sympathizers was an agreement that if Lowry surrendered, he would be subjected to no personal indignity and would receive a fair trial in courts that were now purged of Confederate influence.

Lowry agreed to these terms and in December 1868 surrendered and was jailed in Lumberton. But again he did not come to trial. A rumor spread among his supporters that a group of Conservatives was plotting a lynching attempt and that the Republican authorities were not providing him adequate protection. After another spectacular jail break, Lowry was at large for a second time.

Once their agreement with him had collapsed, the Republican leaders adopted a policy of suppression that in some respects was more zealous than that of their Conservative predecessors. The legislature reaffirmed the proclamation of outlawry and raised the reward for Lowry's capture several times until it eventually reached $11,000. Moreover, they outlawed a half dozen of his chief followers and offered a total of more than $25,000 in rewards for their capture, dead or alive. These were among the highest rewards that had ever been offered in the history of American manhunts.

When the local county regiments were unable to suppress the Lowry band, Governor William Woods Holden was able to obtain the aid of a battery of federal artillery which was brought to Lumberton in the summer of 1871. Still the hit-and-run conflict dragged on until 1874. By that time, Lowry's chief lieutenants had been either assassinated or driven from the area. It has never been definitely determined what happened to Lowry, who disappeared in February 1872 amid conflicting reports of his death and of his escape. No one ever located his remains or collected the reward offered for them, nor could the 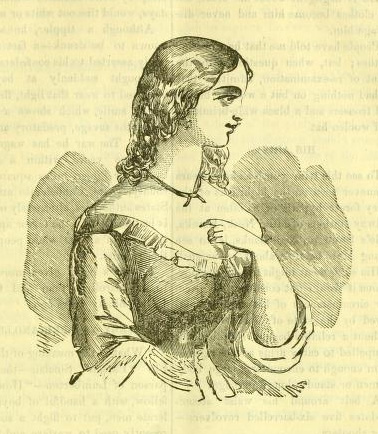 subsequent reports of his appearances in Atlanta, New York, California, and elsewhere be verified. Members of the Lowry family generally insisted that he survived. The one exception would appear to be the Reverend Patrick Lowry who, as a delegate to the Republican state convention in 1872, announced tersely that his brother (Henry Berry) and Boss Strong, Henry Berry's bodyguard and closest friend, were both dead. Indeed, he had visited their graves. Henry Berry's wife, Rhoda, though she remarried a few years after his disappearance, insisted until her death in 1909 that he had made good his escape. The Lowrys had three children: Sally Ann (b. 1867), Henry Delany (b. 1869), and Nealy-ann (b. 1870).

Although Lowry's band was composed mostly of Indians, among his chief lieutenants was the white youth, Zachariah McLaughlin, and the black man, George Applewhite. During their decade of activity, Lowry and his followers conducted many robberies. Yet they reputedly showed their prey certain considerations. Victims were treated courteously; they were not robbed if they could demonstrate that they could not afford it; and, if robbed, only a portion of their possessions were taken. Sometimes the Lowry band gave their victims a receipt for the stolen property, exempting them from further robberies for a specific time, and returned to the owners such items as horses and wagons when the band no longer needed them. Furthermore, the outlaws occasionally used their booty for a public rather than a private purpose, such as distributing stolen corn to the poor. Perhaps on balance their conduct could stand comparison to that of the business and government leaders of the Gilded Age. There is evidence that the Lowry band enjoyed considerable support among the Indians, the blacks, and the white poor.

W. McKee Evans, To Die Game: The Story of the Lowry Band, Indian Guerrillas of Reconstruction (1971).